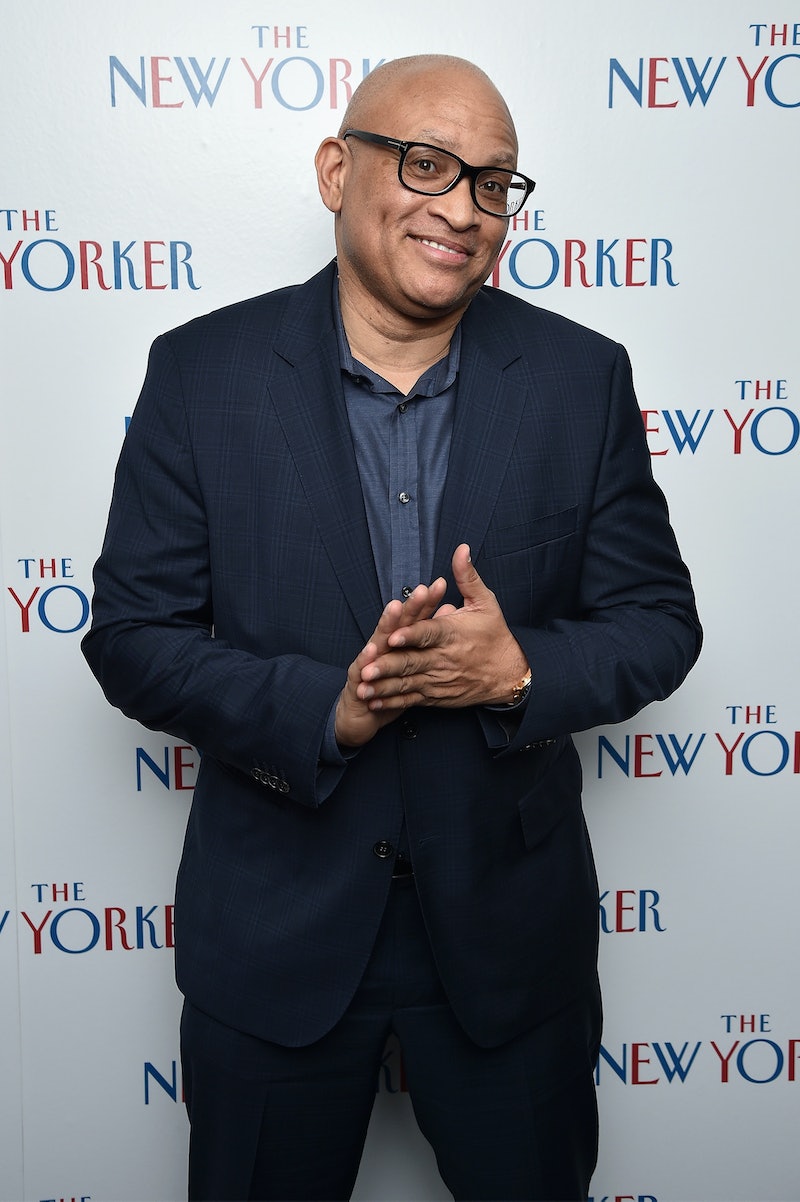 On Saturday night, journalists, politicians, and celebrities took over Washington, D.C. in honor of the 2016 White House Correspondents' Dinner, and if they came for the entertainment, they definitely got it. After President Obama made his final Nerd Prom speech (which was also probably his best one), Nightly Show host Larry Wilmore took the stage to deliver his. And while there were a few jokes that will undoubtedly cause some backlash, it was pretty clear that Wilmore and Obama seem pretty chummy. So what's the deal? Are President Obama and Larry Wilmore friends?

By watching the Correspondents' Dinner, you'd definitely think so. The way Wilmore referenced the president was the way you'd talk about and tease a close friend, and their handshake and hug at the end of his speech suggested that this isn't the first time they've met. But surprisingly enough, it might have been, because it doesn't seem like Wilmore and Obama are pals — at least, not before this weekend. As far as I can tell, this event might have been the first time these two were ever in the same room together, even though people mistakenly thought Wilmore was at Obama's January State of the Union address.

Yep, it seems like they're new friends, despite the fact that he looks like he's known Michelle all his life in this photo:

But the fact that Wilmore seemed to be buds with Obama could stem from the fact that, on the Nightly Show, he regularly addresses when Obama's in the news, and he's even been known to defend him. And when Fox News suggested that Michelle only got into Yale because of affirmative action, Wilmore quickly shut that one down on his show, too. Sounds like Obama's got some lifelong backup in Wilmore, even if he does mock him once in awhile. But isn't that part of the job?

Maybe now that Obama's presidency is coming to a close, he and Wilmore will finally have time to become friends. According to the "Couch Commander" segment of his speech, he's trying to find something to do in his free time anyway.

I predict they'll be exchanging matching bracelets in no time.