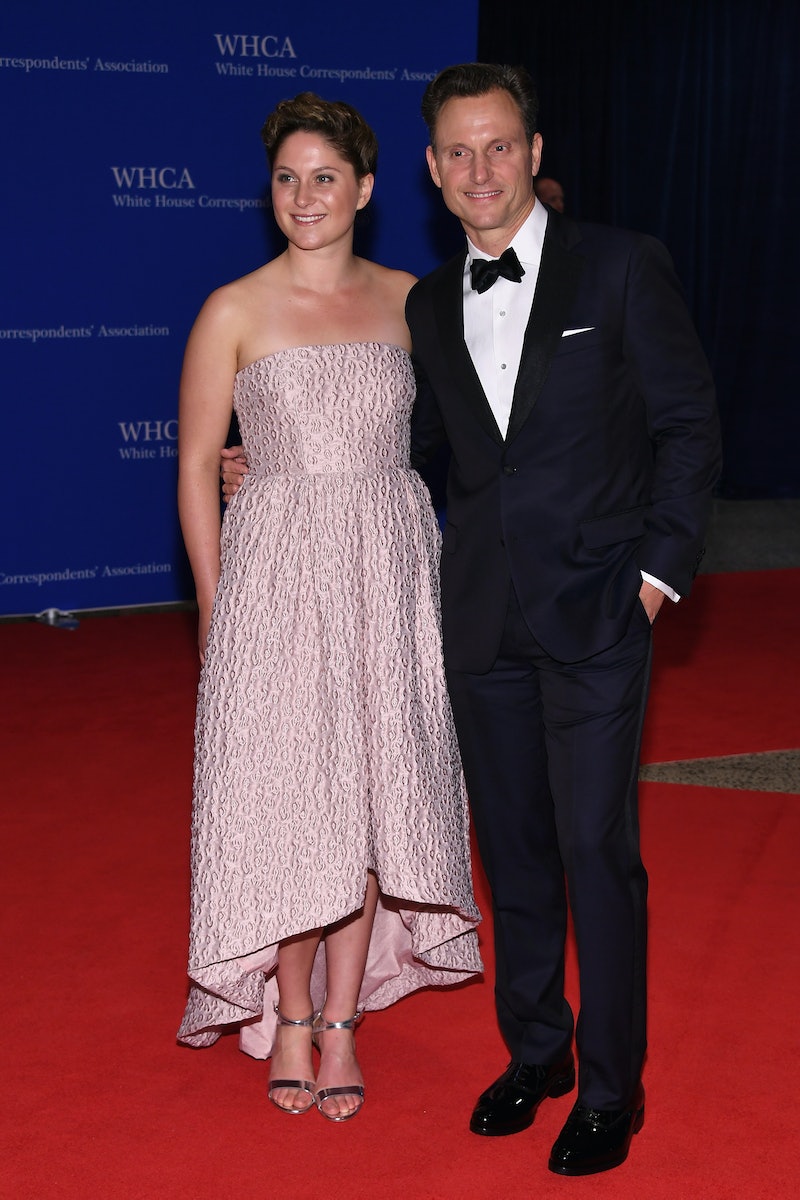 Every year at the White House Correspondents' Dinner, some of the biggest names from entertainment, politics, and news come together to give out scholarships and make fun of themselves. However, not every face on the red carpet was one that you'd recognize from one of those fields. Tony Goldwyn brought his daughter Tess to the 2016 WHCD, so while you may not know her, she's technically part of the Scandal family. And this isn't the first time Goldwyn has been accompanied to a red carpet by one of his children. In a January 2015 interview with Elle, Goldwyn discussed how awkward it's been in the past when he's brought his other daughter, Anna, to events and she's been misidentified as his wife.

"We joke about it. A few times early on, I'd say to people, "This is Anna," and they'd say, "Oh, how long have you been together?" And she's like, "I'm his daughter." It really upset her," he told the magazine. Luckily, that wasn't the case on April 30, as everyone seemed well aware that Tess is Goldwyn's daughter. But isn't the only person Goldwyn spent time with on the red carpet before Saturday night's big dinner.

A guest of ABC News, Goldwyn also posed on the red carpet with his Scandal co-star Kerry Washington and series creator Shonda Rhimes, giving Olitz 'shippers something to be happy about.

Though it looks like the Scandal crew is having a great time, Goldwyn is lucky he had his daughter there too. According to the tweet below, Tess has made sure he's looking his best throughout the night, adjusting his tie on the red carpet.

If in exchange for spending an evening with some of the biggest stars from Hollywood and Washington alike, all Tess has to do is keep an eye on her father's tie, I'd say that's a pretty good deal.