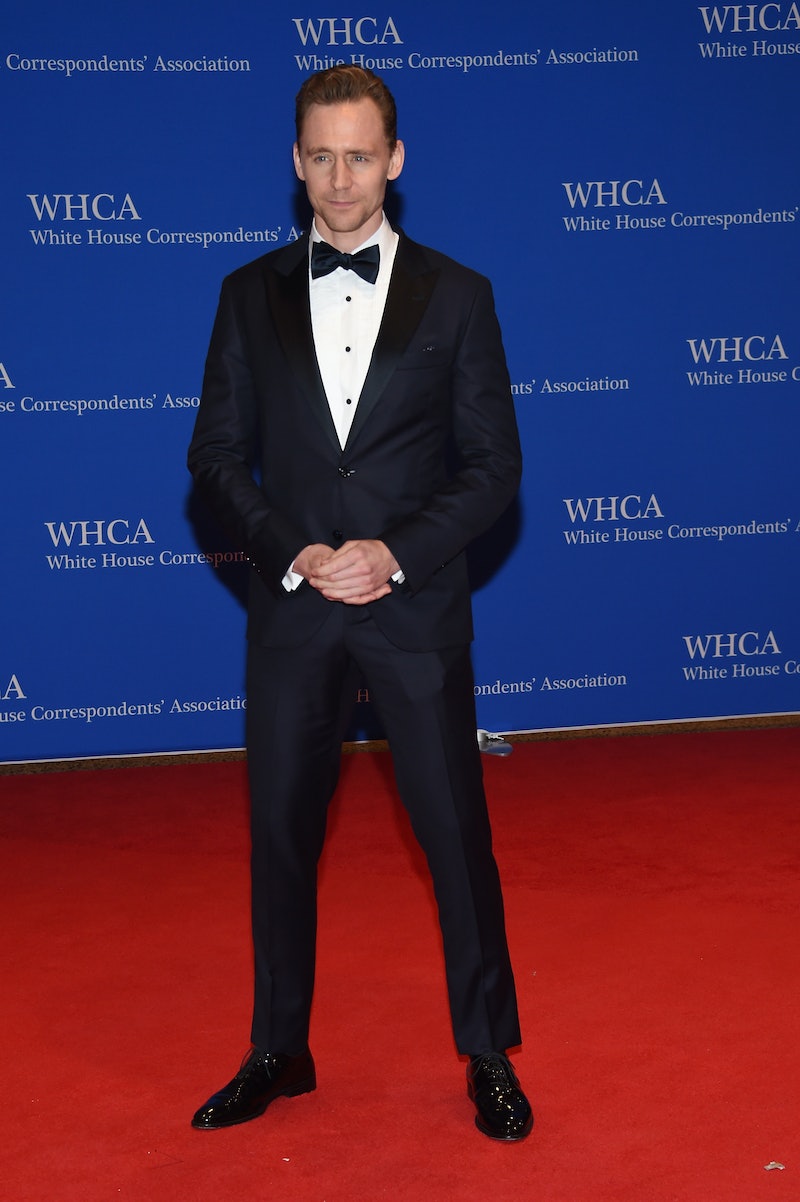 On Saturday night the unlikely duo of Tom Hiddleston and Carrie Fisher walked the red carpet together at the White House Correspondents' Dinner in Washington, D.C. So, you might be wondering if this perhaps means these two stars are joining forces with, well, the force? Could Tom Hiddleston be in Star Wars in the future? I wouldn't get too excited, but I also wouldn't rule out the possibility, either.

Hiddleston and Fisher (along with her dog Gary) both attended the dinner as guests of the U.K. publication The Guardian, not in some big Star Wars casting announcement. But, Hiddleston has said in the past that he would love to have a role in the new Star Wars movies. In 2012, he told Digital Spy was definitely open to appearing in Star Wars: The Force Awakens and subsequent films. "It would depend on the story and the character and things," Hiddleston said in the interview, where he also praised executive producer Kathleen Kennedy, with whom he's worked in the past. "She just knows her way around the medium and the art form and the industry, so I think I'd take it very seriously if they asked me." Unfortunately, it didn't seem to work out with The Force Awakens, but I think it could totally still happen in the future.

Let's look at the facts: Hiddleston and Kennedy have worked together previously and it sounds like it went very well. Hiddleston has plenty of experience starring in action and sci-fi films, as a veteran of the Thor movies and The Avengers as Loki. The English actor wants to do it. And, as of Saturday night, he's totally cool with chilling with Princess Leia herself, aka Carrie Fisher. All of those are really good signs that could possibly lead to Hiddleston going from being Fisher's companion at the WHCD to her co-star in an upcoming Star Wars movie. A united Star Wars and Hiddlestoner fandom would certainly be a force to be reckoned with.