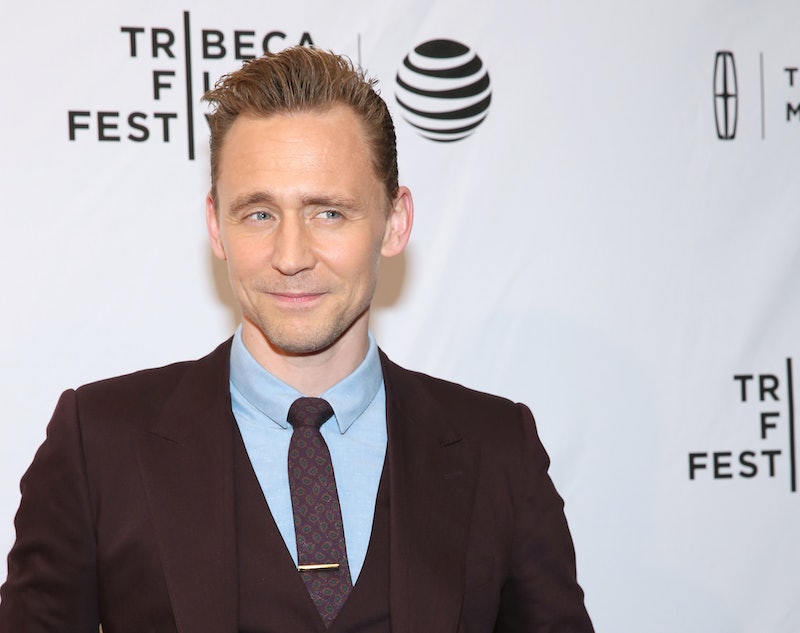 Tom Hiddleston has been everywhere lately promoting a slew of projects like I Saw The Light, The Night Manager, and High-Rise. But, there's one project he gets asked about more than anything else, and it's one he's not even in. On Saturday, during an interview at the White House Correspondents' Dinner, Tom Hiddleston shut down those James Bond rumors... again. At some point a few months ago a rumor began that Hiddleston was in consideration for the role, and reporters have been running with it ever since. The actor literally can't go anywhere without being asked if he would step into the tux if asked. And, his answer has always been the same: He has not been asked to do the role, and so he can't really comment on it.

His slew of similarly polite, if not mildly-annoyed, responses to this line of questioning in recent weeks didn't deter the WHCD reporters from asking him yet again on Saturday if he would succeed Daniel Craig in the role. Fortunately, Tom Hiddleston was armed with great response to the question. "The thing is the position is not vacant," he said. "So, I don't know that I can answer that question until it is."

I can only hope that this answer will put an end to the questions and rumors, but that's not likely. It seems the public has taken hold of the idea and refuses to let it go.

I do get it, Hiddleston would be a superb Bond and Craig has made it seem like he wants to relinquish the title. However, even though it's really not looking like Hiddleston has any plans to take on 007, all hope isn't lost for his fans. They can go see his multitude of other projects currently in theaters or on TV (like The Night Manager, in which he plays a British spy), and they can also look forward to his upcoming works like Kong: Skull Island.

He doesn't have to star in the Bond franchise for fans to get their Hiddleston fix, so let's maybe all give it a rest for awhile... at least until the position is officially up for grabs.

More like this
BTS Is Visiting The White House To Discuss Anti-Asian Hate Crimes With President Joe Biden
By Jake Viswanath
Shocked Fans & Former Co-Stars React To Ray Liotta’s Death At 67
By Grace Wehniainen
'Stranger Things' Star Joe Keery Is Dating An "Indie Scream Queen"
By S. Atkinson and Grace Wehniainen
Laura Dern Said “Cultural Awareness” Made Her Rethink This 'Jurassic Park' Fact
By Grace Wehniainen
Get Even More From Bustle — Sign Up For The Newsletter