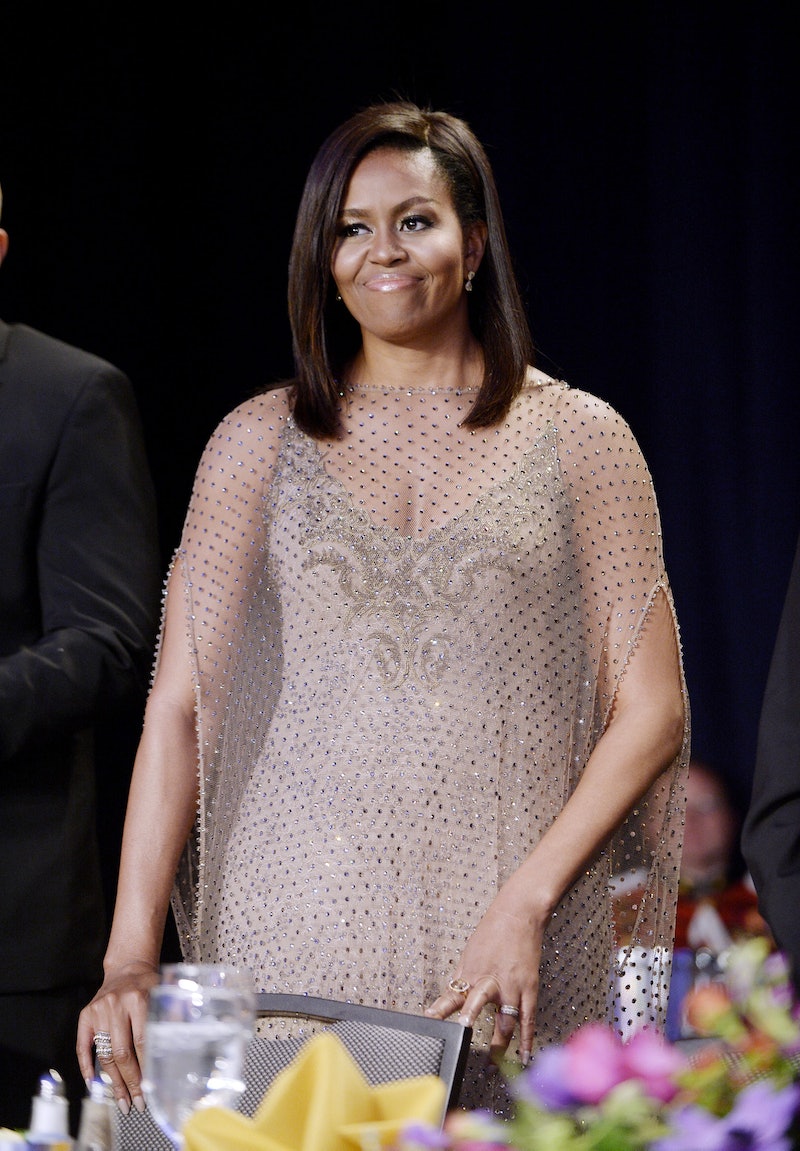 OK, it's official: President Obama's 2016 White House Correspondents' Dinner speech is just as perfect as I'd hoped it be — especially where his wife is involved. One of the jokes in his speech involved Obama using her Snapchat account to plug the Affordable Care Act, and that brings us to a very important question: Does Michelle Obama really have Snapchat? Because if anyone in the Oval Office was going to have one, she's number one on my list.

Unfortunately, the first lady herself doesn't have a personal account (that she's sharing with the world, anyway), but don't worry. All hope is not lost! You can officially follow the White House on Snapchat as of last January, which is almost as good. OK, I'll admit it: It's nowhere near as good, because I would pay any amount to see what Michelle does all day, unless she was planning on sending out photos reminding us to eat our vegetables and get off the couch, in which case no thanks.

But, even though she's not on Snapchat just yet, my hopes are high for the future. Maybe this joke during Obama's speech is foreshadowing her signing up once he's out of office? I'm all for it.

Plus, even though she might not be sending snaps, Michelle is all over social media. Do you follow her on Instagram yet? It will tide you over until she is inevitably sharing photos with the flower crown filter, as it should be.

More like this
What Is Barack Obama’s Net Worth? He Makes *Way* More Now As An Ex-President
By Hugh McIntyre
Kylie Jenner Roasts Kendall For Her Cucumber Cutting Skills On TikTok
By Jake Viswanath
Halsey Calls Out Label For Asking Them To "Fake A TikTok Moment" For New Song
By Jake Viswanath
These Adorable Kourtney & Travis Moments Led Them To The Altar In Italy
By Bustle Editors
Get Even More From Bustle — Sign Up For The Newsletter