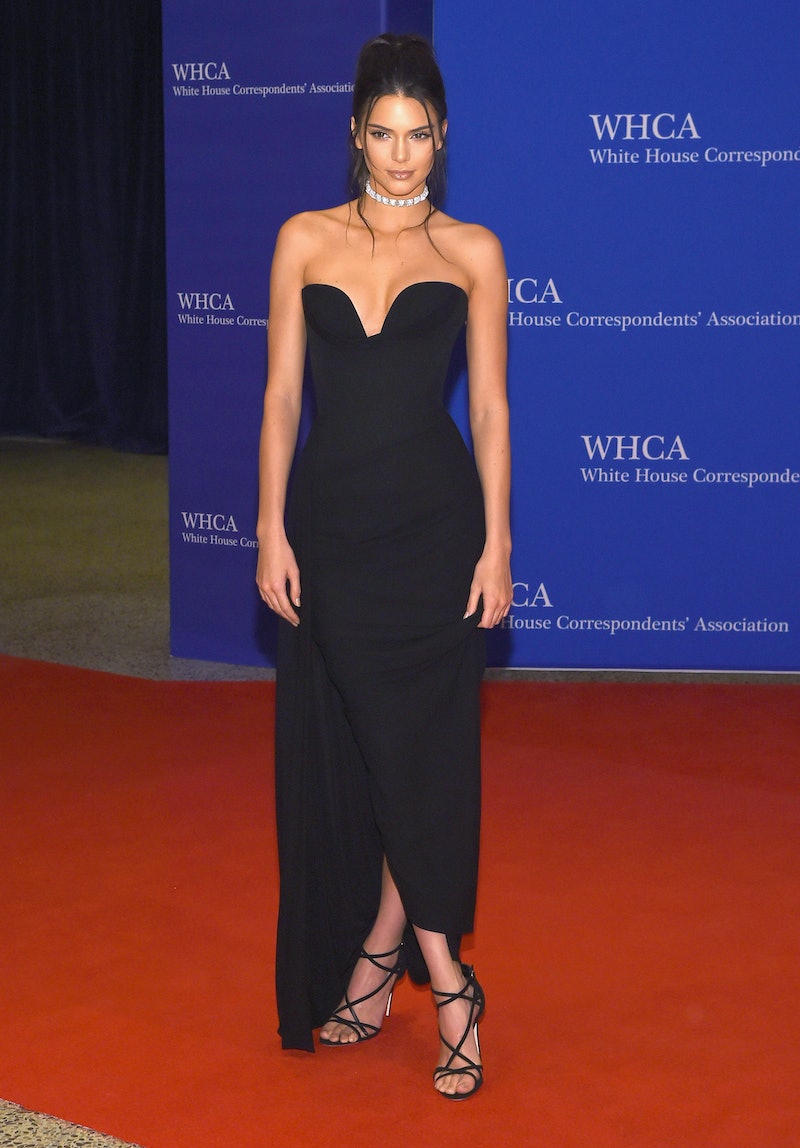 On Saturday night, for the last time, President Barack Obama took the podium at the White House Correspondents' Dinner, telling his trademark funny jokes as comedian-in-chief. He took hilarious shots at all the usual suspects: Donald Trump, Ted Cruz, and cable news. And, he didn't stop there — President Obama joked about Kendall Jenner at the White House Correspondents' Dinner, and it was cute, though Jenner looked a little confused.

Obama talked about how he got to meet Jenner, who is a model and social media maven, in addition to being, you know, being a member of the famous Keeping Up With The Kardashians family. "Kendall Jenner is also here. I had a chance to meet her backstage; she seems like a very nice young woman" Obama said. "I'm not exactly sure what she does, but I am told that my Twitter mentions are about to go through the roof." The room erupted in laughter, and how lucky is Jenner to have a shoutout from the president, as well as meeting him at D.C.'s hottest event? Color me jealous.

According to People, Jenner got to shake Obama's hand before the dinner began and said she was totally starstruck from the meeting — her first experience being starstruck. "He was like, 'Say hi to Kim and Kanye,'" Jenner told the publication. "I was like 'OK.'" That is too cool.

A lot of people are asking why Jenner got to go to the dinner, but does that really matter? She is there and looking fabulous in a black dress, and she is repping Hollywood with lots of class. The shoutout from the president was just icing on the Nerd Prom cake — and, I'm sure he did get a lot of Twitter mentions after it.