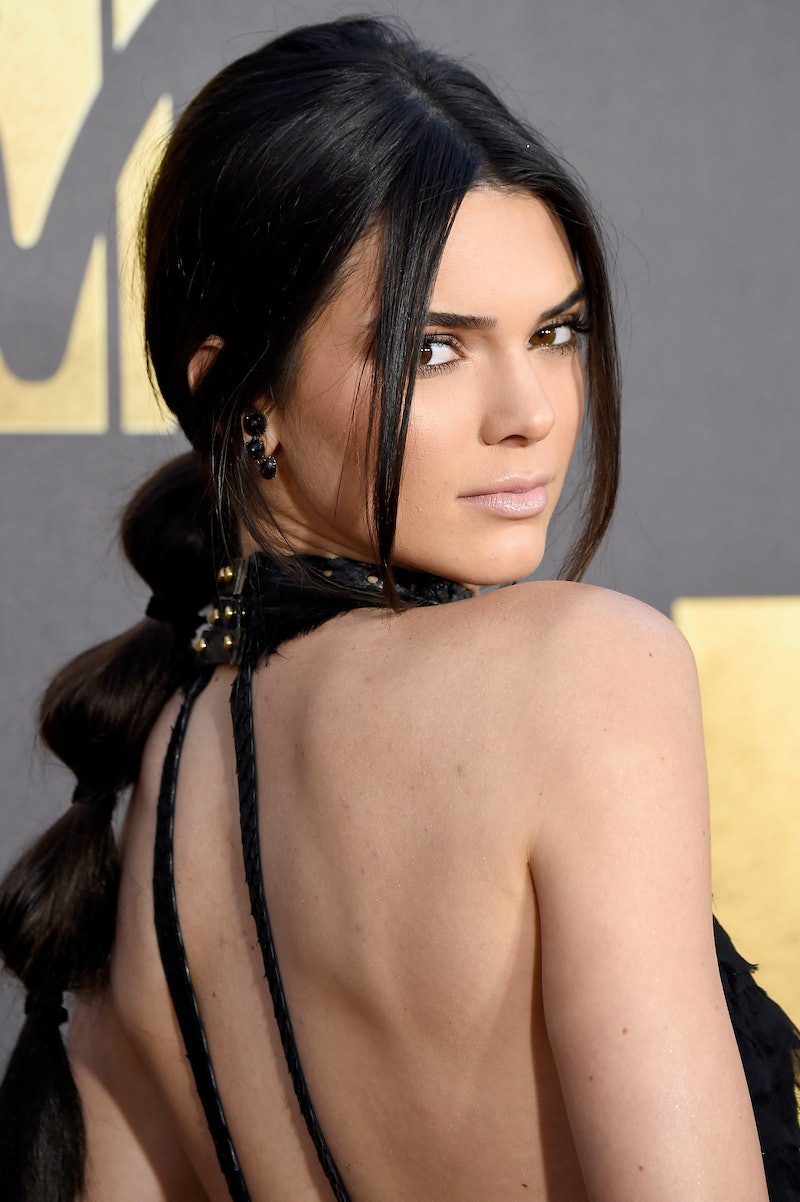 Considering she grew up with four sisters and multiple brothers, Kendall Jenner is no stranger to a crowded room. That means she'll be perfectly prepared for a major event on Saturday night. Jenner is attending the White House Correspondents' Dinner. Yes, you read that correctly! She was invited on behalf of USA Today, along with Rosario Dawson, Miles Teller, Gabrielle Union, and a few others. The Broad City stars are representing Reuters, meanwhile Jada Pinkett and Will Smith are attending on behalf of ABC News. Over the years, the event has become more and more star-studded.

Since it's such a lighthearted night where even Barack Obama makes jokes, news orgs sometimes bring Hollywood's big names alongside their best reporters. Based on the celebs selected, there are reasons beyond just rounding up famous faces. Usually these stars tend to be politically active in one capacity or another. (For example, Dawson is an outspoken activist and has been rallying for Bernie Sanders quite a bit.) And as for why Jenner is attending, the reasoning actually makes a lot of sense. People are quick to bash the Kardashians, but unfairly so. I think she belongs at this dinner — allow me to explain why.

The White House Correspondents' Dinner, often dubbed "nerd prom," is a way to get members of the press together with the President and other politicians. Jenner is obviously not a member of the press (if anything, she's often the subject of their work), but she's more politically active than you'd expect. Believe it or not, she's a big proponent of getting her fan base to vote. Jenner previously endorsed Hillary Clinton (with a stylish Marc Jacobs tee, of course) and reminded fans to Rock The Vote. The 20-year-old even donned a Rosie the Riveter outfit for emphasis.

With such a major fanbase — 55.5 million Instagram followers and 16.9 million Twitter followers — there's no denying her influence. For this reason, it's worthwhile for Jenner to spread messages about voting and caring about politics. Even if fans don't agree with her beliefs, at least she can encourage them to voice their own. I'm all for her inspiring young people to get politically active.

Before you dismiss Jenner as just another reality star, she's proven herself as a hard-working businesswoman. She's walked the Victoria's Secret Fashion Show, as well as runways all over the world for some of the top designers. She's landed numerous magazine covers. On top of that, she and her sister Kylie Jenner have launched business after business — from a clothing line at PacSun to bathing suits at TopShop to an iTunes game.

Plus, you know Jenner will look super stylish. Although people may dismiss that as not important, it's possible to care about how you look and still be successful. Just look at First Lady Michelle Obama. I bet both she and Jenner are going to have the best looks of the night. There's nothing wrong with celebrating beauty and brains.

More like this
Kendall Jenner & Devin Booker Reportedly Broke Up After 2 Years Of Dating
By Jordyn Tilchen
Police Shove 'Full House' Star Jodie Sweetin At An Abortion Rights Protest
By Radhika Menon
Here’s How Lizzo Is Supporting Abortion Rights After The Roe v. Wade Reversal
By Brad Witter
Michelle Obama & Taylor Swift React To The Supreme Court Overturning Roe v. Wade
By K.W. Colyard
Get Even More From Bustle — Sign Up For The Newsletter