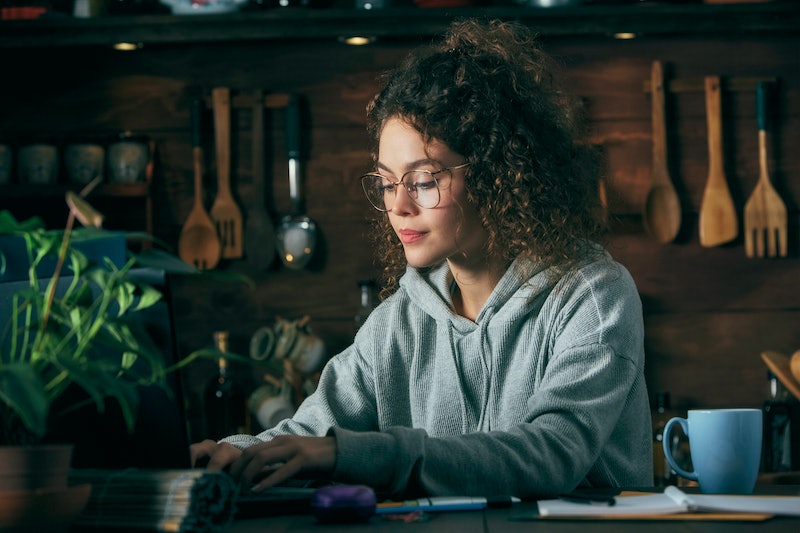 Researchers have known for some time that mental and physical health are intertwined, and the latest research on human papillomaviruses (HPV) further supports this association. According to a recent study, stress and depression are linked with HPV complications — specifically, whether the infection sticks around long enough to increase a woman's risk of cervical cancer.

Before getting into specifics of the study, it's important to have an understanding of the viruses in question. HPV is an umbrella term referring to a group of more than 200 related viruses, many of which are easily spread through sexual contact, and according to the Centers for Disease Control, it's the most common sexually-transmitted infection in the United States. That being said, most people never know they've been infected; in fact, many never even develop physical symptoms, and the majority of HPV infections clear up on their own within two years. However, certain strains of the viruses are more likely to persist, and these "high-risk" variations can cause cervical cancer (among other types) later in life.

In a study to be presented at the Pediatric Academic Societies 2016 meeting, researchers investigated whether certain factors affect the likelihood of a persistent HPV infection. Beginning in 2000, scientists tested 333 young women for HPV every six months over more than a decade. During the study's 11th year, the women were also given a questionnaire designed to measure their levels of stress, depression, and their methods of coping with either.

Researchers compared the answers to the questionnaire to the results of the HPV tests — namely, whether they tested positive for HPV and how long the virus persisted — and they found an interesting association: Women who perceived themselves as depressed or under significant stress were more likely to experience persistent infections, and those with "self-destructive" coping mechanisms, like drinking or smoking when stressed, were more likely to develop an active HPV infection in the first place.

This is the first study explicitly linking stress and HPV, but it's far from the only one to indicate a link between stress and poor health. Research consistently shows that long-term stress has serious effects on both mental and physical health, including depression, fatigue, and headaches. Furthermore, there's evidence that stress makes existing illnesses worse by disrupting your ability to regulate inflammation; in turn, this inflammation may make you more susceptible to other viruses.

So what's the takeaway from the HPV study? Using substances like nicotine or alcohol as coping mechanisms may worsen your chances of an active HPV infection, while stress and depression may prolong it and increase your risk of certain cancers. On the flip side, however, reducing these factors may improve the likelihood of HPV clearing up on its own — most people would probably consider that a fair trade-off.

More like this
This TikToker Has Genius Advice For Boosting Your Dating Confidence
By Lexi Inks
An Honest Review Of Apothékary's Stress-Reducing Superfood Supplement
By Leah Groth
15 Flirty "Thinking Of You" Texts That’ll Make Your Crush’s Day
By Lexi Inks
The “Rules For Dating” TikTok Trend, Explained
By Lexi Inks
Get Even More From Bustle — Sign Up For The Newsletter