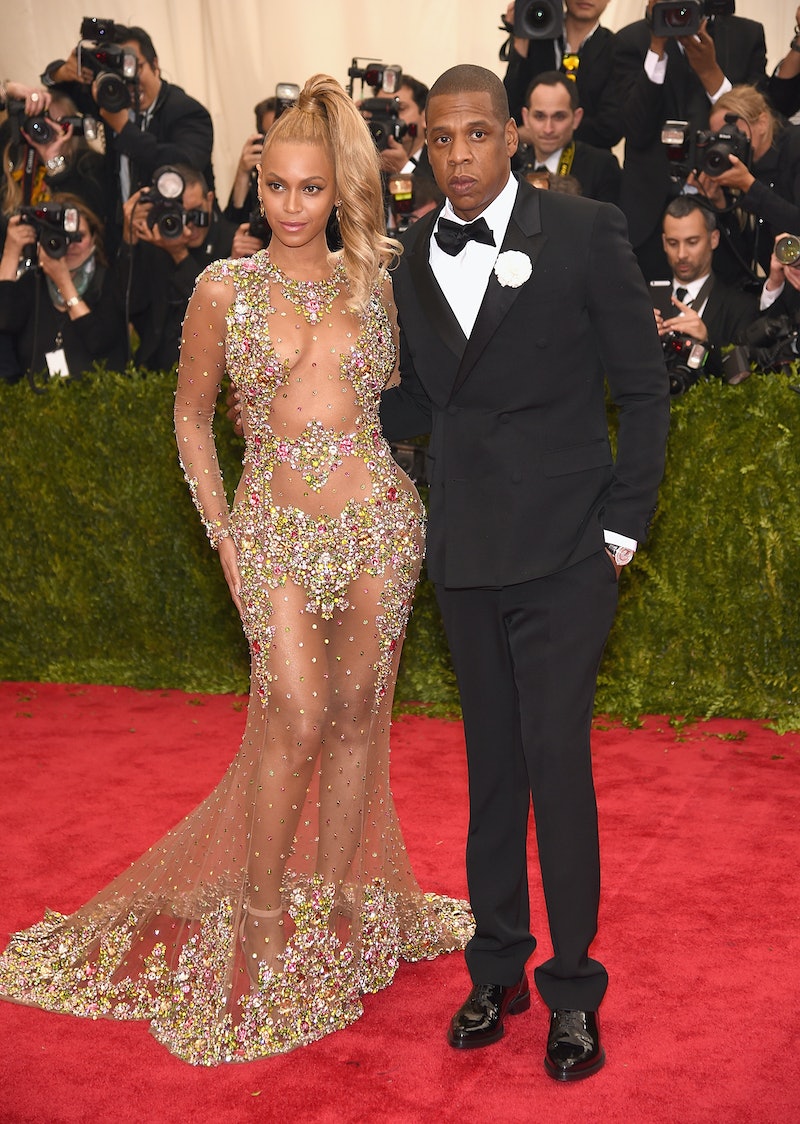 The first Monday in May, also know as the Met Gala, might just be the most anticipated event in the fashion industry. While I'm always excited to see what major celebs will wear to the festivities, I am always most excited to see what Beyoncé will wear. That is, if Beyoncé and Jay Z attend the 2016 Met Gala.

One of the many things that makes the Met Gala so fabulous is its exclusivity, but since the guest list is on lock, it's hard to be sure as to whether the power couple will be attending the event. After all, Bey has been pretty busy with her Formation Tour as of late.

However, there is hope that the duo will attend the Met Gala festivities, as Beyoncé is set to perform in Atlanta, Georgia on May 1 and Raleigh, North Carolina on May 3, according to her website, coincidentally leaving her free on Monday night. While I’m not quite sure if Bey left the evening open for a day off or to attend the Met Gala, I am hoping it is the latter. Jay Z, on the other hand, isn't slated for a show until May 20 — so his schedule is looking pretty open. Add to that ET's report that, "A source tells ET that the pair will most likely attend this year's ceremony," and one can definitely hope.

Beyoncé has been serving up all kinds of fashion inspo as of late between her "Formation" music video, her tour outfits, and her new visual album, Lemonade. While it might seem greedy to want more from the 34-year-old singer, mother, and trendsetter, I just can’t help myself. The thought of Beyoncé dressing for a “tech white tie” themed event sounds too good to be true. Which unfortunately might be the case.

From a mostly see-through bedazzled dress to plunging necklines and long trains, Beyoncé's Met Gala outfits never cease to amaze me. And after Queen Bey's major Gucci moment in "Formation" and super stylish visual album, I would love to see what she would rock at the ball. Since that might not be an option, I've found Bey and Jay's past Met Gala looks for your fashion-viewing pleasure.

Beyoncé and Jay Z's attendance at the 2015 Met Gala is one for the books. Not only did they make the red carpet in the knick of time — leave it to Queen Bey to close the show — but the stylish duo knocked it out of the park with their designer outfits. While Jay Z looked handsome in his classic black tux, Yonce was a total bombshell in her almost completely see-through Givenchy-embellished dress and high pony.

In 2014, the power couple opted for a coordinated look with a roaring 20s feel for the "Charles James: Beyond Fashion" themed gala. Bey wore an elegant and low-cut sheer black dress with edgy accessories and a '20s-esque black veil, while Jay Z kept it simple with a black and white unbuttoned tux.

While Beyoncé made her Met Gala debut in 2008, she and her now husband Jay Z walked the red carpet — or rather, red staircase — together for the first time in 2011 at the "Alexander McQueen: Savage Beauty" themed event.

From barely-there bedazzled dresses to plunging necklines and 10-foot trains, Beyoncé doesn’t just walk the Met Gala red carpet. She turns heads. Here's hoping the pair makes it on the evening of May 2.