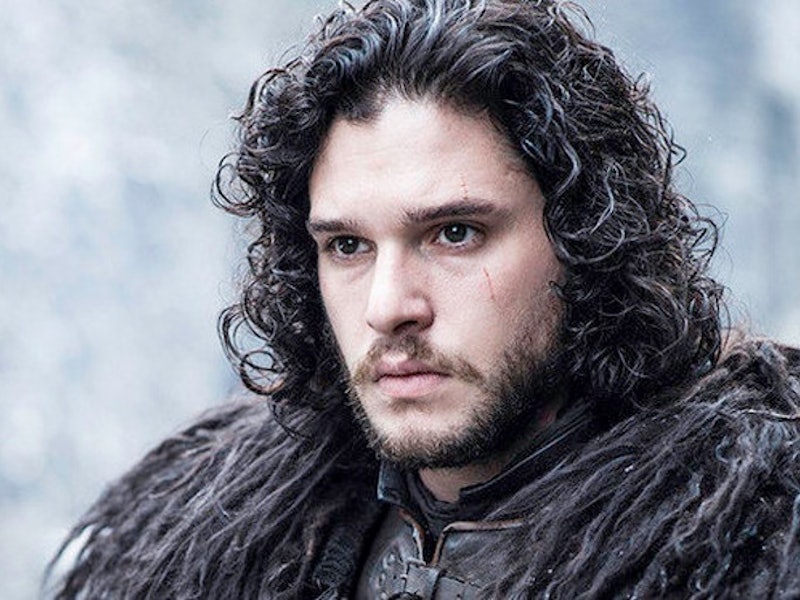 Odds are you're probably still recovering from the fact that Jon Snow is alive on Game of Thrones . Because even though we knew it was bound to happen, seeing it firsthand was still an exhilarating (and highly stressful) experience. But, before we get too ahead of ourselves in the celebratory department, it's definitely worth noting that not all may be as it appears. What if this resurrected Jon Snow is actually Azor Ahai reincarnated? For those of you unfamiliar with the name, Azor Ahai is a fabled Westeros hero who is supposedly destined to be reborn and rescue the Seven Kingdoms from their days of darkness.

Ever since the show began, Melisandre was convinced that Stannis was this very man — also known as "the Prince who was Promised." But, maybe she got that part wrong. Maybe that role belongs to the recently resurrected Lord Commander of the Night's Watch. Which, if this theory turns out to be true, then Kit Harington and the showrunners have been telling us the truth this entire time.

If Jon Snow comes back as Azor Ahai, then he's technically no longer Jon Snow at all. (This new version may actually know more than nothing!) And, if you're a true believer in the R+L=J theory, then he's already got some king's blood in him and would be the ideal candidate to assume such an important identity. I'm not saying that I won't be somewhat bummed if it turns out that the Jon Snow I've come to know is still long gone. But, I think we can all agree that any form of Jon Snow is certainly better than no Jon Snow at all.

More like this
Emilia Clarke Shares More Details About The New 'Game Of Thrones' Series
By Maxine Harrison
Twitter’s Reaction To HBO’s ‘Game Of Thrones’ Jon Snow Spinoff Idea Is Chaotic
By Stephanie Topacio Long
James Marsden Kept Teddy’s Westworld Season 4 Return A Secret “For Years”
By Brad Witter
Did *That* Character Really Die In The 'Stranger Things' Season 4 Finale?
By Grace Wehniainen
Get Even More From Bustle — Sign Up For The Newsletter