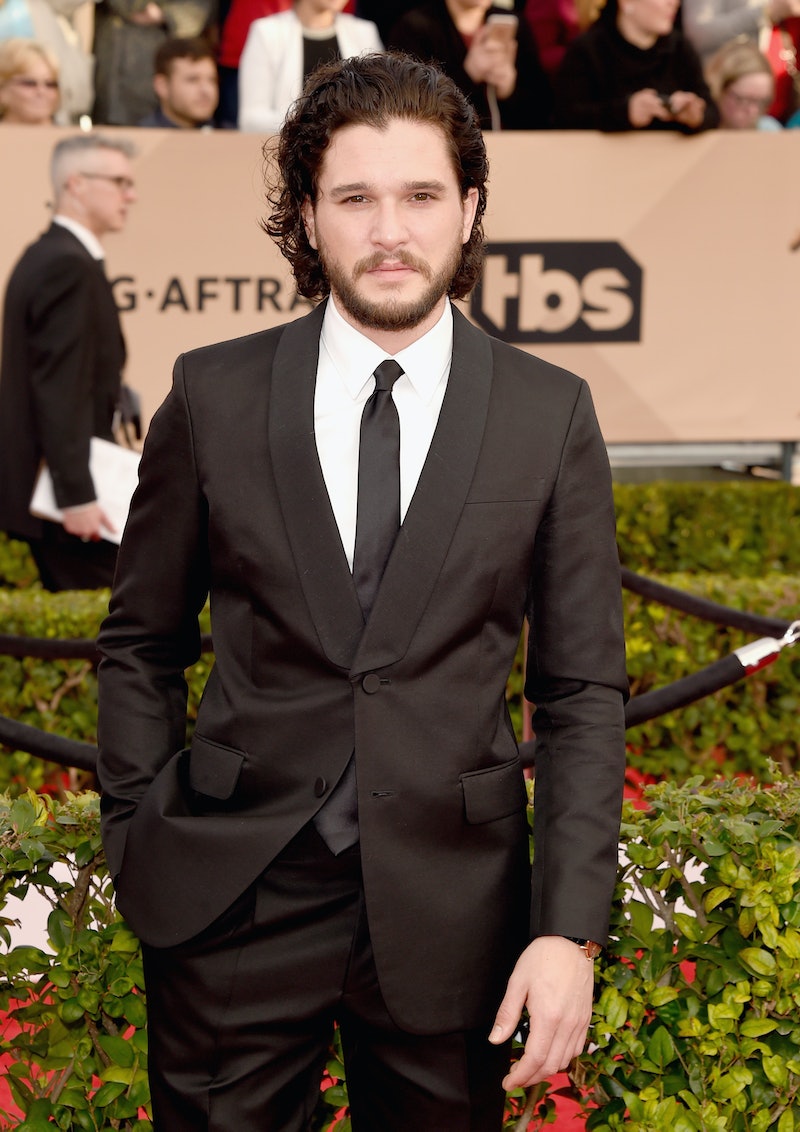 While it's true that many fans predicted Jon Snow's resurrection on Game of Thrones , that didn't stop the entire world from freaking out as soon as he took that deep gasp for breath at the end of Sunday night's episode. But, there's someone else who is just as thrilled that the secret is finally out in the open: Kit Harington himself. Though he claimed time and time again that his character was gone for good, it seems the actor has been trolling us this whole entire, but it's all been for a very good reason. During a recently interview with Entertainment Weekly, Kit Harington opened up about Jon Snow being alive and had a very important message for all of his fans: "Sorry!"

"I’d like to say sorry for lying to everyone," the actor remarked to the magazine, though he admitted part of him took pleasure in seeing just how angry viewers became over his alleged departure.

I’m glad that people were upset that he died. I think my biggest fear was that people were not going to care. Or it would just be, "Fine, Jon Snow’s dead." But it seems like people had a, similar to the Red Wedding episode, kind of grief about it. Which means something I’m doing — or the show is doing — is right."

I'd say that's pretty much the understatement of the year. But, of course, like with any other Game of Thrones twist, there are still so many questions that have yet to be answered. How will Jon Snow be different now that he's returned from the dead? Will he remember what happened? Where will his storyline go from here? Is R+L=J ever going to happen? We still have a long road ahead of us, but now that our Lord Commander is back to stay (hopefully for good), I'd say we're well on our way for this truly being the best season yet.