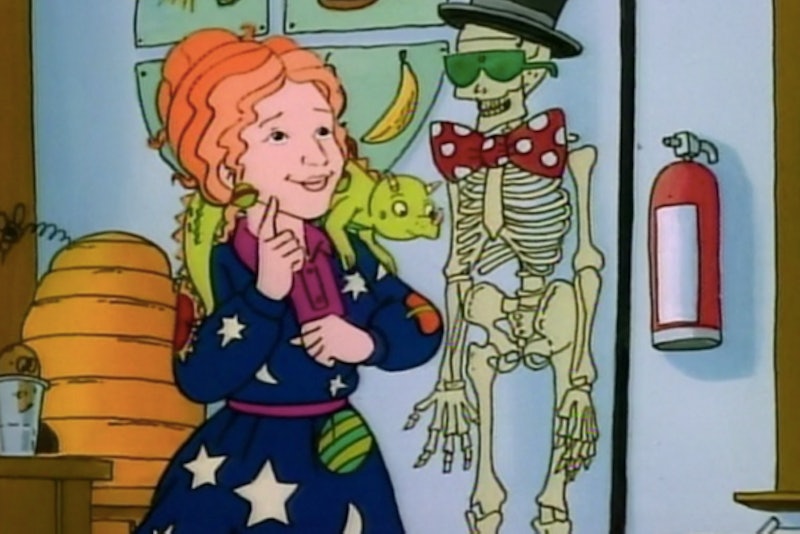 Oh, the '90s. If you grew up during this glorious time period then I'm sure you have the photo albums full of you in embarrassing neon outfits locked away somewhere in your parent's house. However, when it comes to the television shows you watched, you keep those memories even closer to your heart. From the fictional families that raised you, to the fictional teachers your school never even hired no matter how much you begged, television for '90s kids was nothing less than pure magic. In fact, who you are today may even be a result (OK, partial result) of the shows you watched growing up. So, how do you thank these wonderful shows for their time in your watch? You re-watch them all again. That's right. With the help of the modern day invention known as Netflix, you can not only travel back in time with your favorite characters, but you can also find out what happens to them next. Luckily, Netflix is full of 90's TV shows that you can watch right this second.

So, where do you even begin? It really depends on what you're in the mood for. With everything from throwbacks to continuations to shows you may have even missed out on, the Netflix viewing possibilities can really be overwhelming. But, with the help of this handy dandy list, the Netflix '90s sifting process has hopefully become a whole lot easier. Here are just some of the shows your '90s childhood will thank you for watching.

1. Saved By The Bell

Before you experienced high school yourself, this was the show that made it all look like one big '90s dream. So bring back the scrunchies, crazy patterns, and denim of the early '90s that you're not-so-secretly missing now.

If you were a '90s kid, odds are you watched this show both at home and in the classroom. And now it's time to relive it all. Seriously, who could forget that time we all took a field trip inside of Ralphie's body?

And the learning fun you can have on Netflix only continues. In fact, if a field trip with The Magic School Bus didn't teach you about something, Bill Nye did. I'm surprised that all '90s kids aren't scientists after listening to this guy.

Readers beware; you're in for a scare. Now that you're older you may think that you're all tough. But let those childhood nightmares come swooping back in with a classic Goosebumps marathon. This show will never get old.

OK. So, yes, this show is not technically from the '90s (that'd be Boy Meets World), but the love between Cory and Topanga has never died (and it never stopped reminding me of the '90s). The feels are strong just thinking about those two raising a family together.

These crime-fighting girls didn't show up until the late-'90s, but that doesn't make them any less worthy. Plus, you can call your marathon prep for all the new Powerpuff Girls revival episodes.

Let's face it. Your childhood obsession with Xena is probably a part of the reason why you love shows like Game of Thrones. This girl kicked some serious butt.

I know what you're thinking: Yes, some '90s kids were probably way too young to watch this very adult show. But whether you watched it back then, or the first time on Netflix, you should probably know about this one.

Did your teenage years overlap with the end of the '90s? Well then, Buffy was probably the girl for you. This '90s cult classic certainly became one for a reason and now Netflix is giving you the chance to catch up. And if you were still a little too young for Buffy in the '90s, well, now you can finally know what all of those cool older teenagers were talking about.

If you haven't caught up on Friends yet, what are you waiting for? It's amazing how much a show that aired when you were a kid could relate to your life now as a full-blown adult. While this show may not fill your childhood nostalgia needs, it will certainly bring you back to the '90s.

Before Warner Brothers headed up production of Harry Potter, its cartoonized studio lots acted as the home of some of your favorite childhood animated characters. The Animaniacs caused mayhem and fun in the movie-making business and definitely helped make me the movie-lover I am today.

The '90s couldn't have ended any more appropriately. With the one-season run of Freaks and Geeks on NBC, fitting in in high school suddenly seemed like a less scary feat. Luckily, that season is frozen forever in time. Enjoy.

Honestly, I'm pretty sure that watching this show is what made a the couch potato. Sorry, world. Lasagna's not going to eat itself.

With modern day takes and the classic how from the '90s now available on Netflix, there's no way that you can't get that Power Rangers fill.

Nothing takes you back to your childhood in the '90s more than the heartwarming story of Arnold family that aired from the late-'80s to the early-'90s. This show may be a bit before of your time if you're a younger '90s kid, but either way, this family show soon became a classic. The outfits alone will make this show worth the watch.

This show was definitely too scary for me way back when, but it certainly holds up now. (Fox's revival doesn't hurt, either.)

Enjoy the trip back to the '90s. I wish I could tell you where to get some Ecto-cooler to go along with all this TV, but I'm not a wizard, OK?

More like this
Netflix Reveals First Look At Wednesday In The 'Addams Family' Spinoff Series
By Bustle Editors
A New 'And Just Like That' Table Read Pic Confirms A Key Character's Return
By Jack Irvin and Grace Wehniainen
Kenan & Kel Just Reunited At The 2022 Emmys & Twitter Is Overjoyed
By Grace Wehniainen
15 Offensive AF Jokes In 'Friends' That Really Aren't OK
By Tolly Wright, Bustle Editors and Meguire Hennes
Get Even More From Bustle — Sign Up For The Newsletter