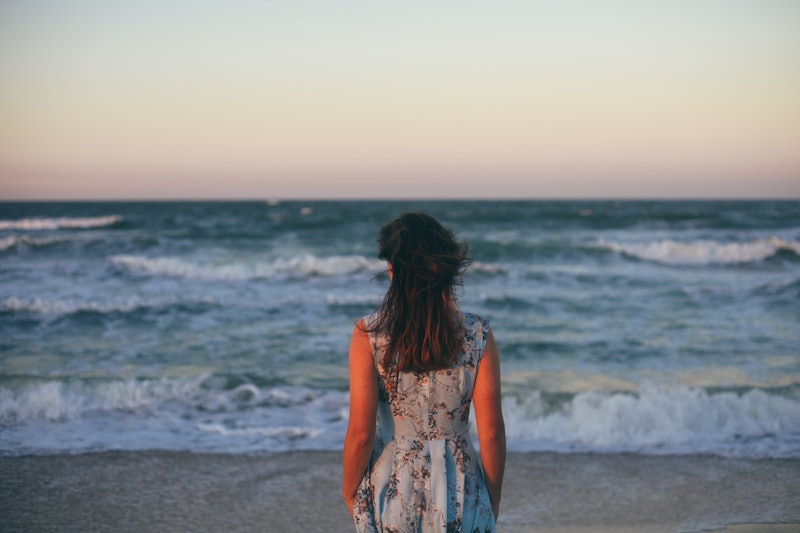 America isn't the most open-minded of places these days. With new sex negative laws being passed on the daily, female bodily autonomy has reached a new low, and the rights of LGBT folks remain dismal. Although Americans have traditionally waved a flag for equality and liberty, every year seems to reveal how much further we have to go to truly embrace these terms.

For example: the U.S. is only one of seven countries out of 193 in the United Nations that hasn't ratified The Convention on the Elimination of Discrimination against Women. This women's rights bill was first introduced in 1979 and addresses ending discrimination and gender-based violence while fighting for equality.

But as the United States may be in crisis mode when it comes to retaining certain personal, bodily freedoms, it's important to remember that this is a worldwide problem, too. The right to do with your body what you wish, unencumbered by the government is a pipe dream for many. Here are six sex negative laws from around the world that are as absurd as they are depressing.

1. It's Illegal In Russia To Talk About LGBT Issues To Minors

Yes, you read that right. As of 2013, Vladimir Putin made sure to make the "propaganda of nontraditional sexual relations to minors" illegal. This means pretty much anything having to do with LGBT life is off limits and punishable with fines and imprisonment.

2. Marital Rape Is Not Illegal In India

Although anti-sexual assault activism has made headlines in India over the past few years, women who are raped by their husbands still have little legal recourse.

3. Pre-Marital Sex Is Illegal In The UAE

In the United Arab Emirates, pre-marital sex is a punishable offense. That said, there must be plenty of folks who still do it, but they have to be extra stealthy to keep it under wraps.

5. Oral Sex Isn't A Crime If The Victim Is Unconscious In Oklahoma

A judge recently ruled that a man putting his penis in an unconscious woman's mouth is nothing the state can do anything about. "Forcible sodomy cannot occur where a victim is so intoxicated as to be completely unconscious at the time of the sexual act of oral copulation,” the decision read. America, the beautiful.

As if you didn't need to be even more distraught about the state of the world, there are dozens upon dozens of countries that still fine, imprison and execute folks for any display of same-sex interaction. Advocacy matters. Check out what the HRC is trying to do about it both domestically and internationally.

More like this
Are Gemini & Scorpio Compatible In A Relationship?
By Kristine Fellizar
How To Fight For Reproductive Rights, Based On How Much Time You Have
By Courtney Young
10 Times Boris Johnson Got It Wrong On Trans Rights
By El Hunt and Sam Ramsden
Are Gemini & Sagittarius Compatible In A Relationship?
By Kristine Fellizar
Get Even More From Bustle — Sign Up For The Newsletter