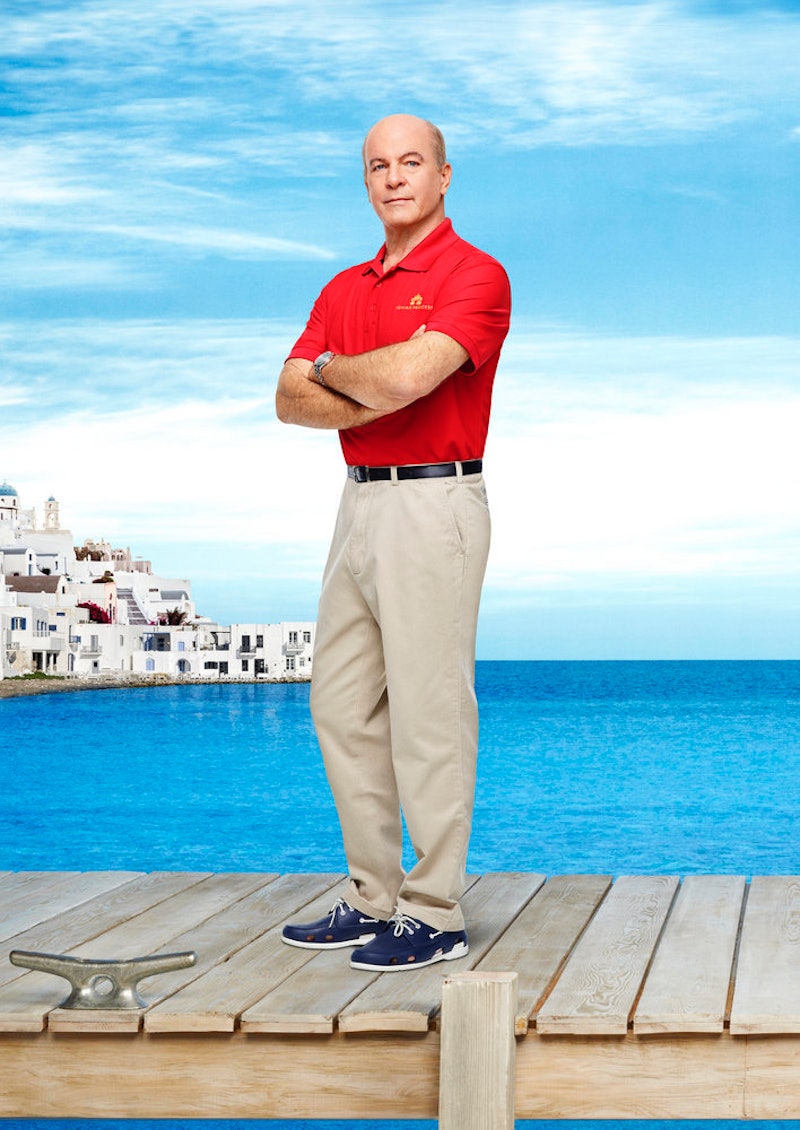 The crew of the Ionian Princess, as featured in the newest addition to Bravo's Below Deck franchise, features a variety of unique employees with one common denominator amongst all of them — they know yachts. But of all the cast members, Below Deck Mediterranean's Captain Mark Howard might know yachts better than anyone else on the boat. It's a good thing he'll be leading the crew through the Mediterranean as they cater to all sorts of luxurious clientele. But Captain Howard isn't just exceptional because of his knowledge of yachts and a career on the seas — he also has significantly more years of experience than the rest of the crew. According to his Bravo bio, Howard has spent almost 30 years as a yacht captain, during which he learned to follow the "golden rule of yachting" — "The guest is always right."

While Captain Howard's age gives him more experience than other crew members, it's very common for a yacht captain to serve as a sort of elder statesman of the ship — just think back to Captain Lee Roschbach on the original Below Deck. However, Howard wasn't always a captain, even though he's spent most of his life on the water.

According to his profile from Virgin Islands Charter Yachts, Captain Howard received a business degree from Santa Barbara City College before attending the U.S. Coast Guard Reserve Academy. He then worked for a decade with the Santa Barbara Harbor Police. Soon after that, he began dedicating himself to the operation of large yachts, including Virgin Island-based yacht The Huntress.

In addition to captaining The Huntress, Captian Howard also spent time leading the Amanzi, belonging to popular yacht company Oyster. The Amanzi was notable for its participation in the BVI Regatta yacht race under Howard's captaining, where it came in third in its race.

It seems that Howard's world has revolved around the sea for most of his life, but that's not all there is to him. His Bravo bio states that in his spare time, the captain takes to the air, using his pilot license to fly helicopters when he has the chance. But don't expect to see much of this hobby on Below Deck Mediterranean. Captain Howard seems to take his job very seriously, and will likely spend most of his screentime ensuring the Ionian Princess is running as smoothly as possible.

More like this
What Is Jeanie Buss' Net Worth? The Lakers President Is Uber Rich
By Hugh McIntyre
Jake Daniels Just Became The UK’s First Active Football Player To Come Out As Gay Since 1990
By Sam Ramsden
'Who Killed Sara?' Won’t Return For Season 4
By Brad Witter
Cardi B Explains To David Letterman Why She Uses Her Star Power For Politics
By Jake Viswanath
Get Even More From Bustle — Sign Up For The Newsletter