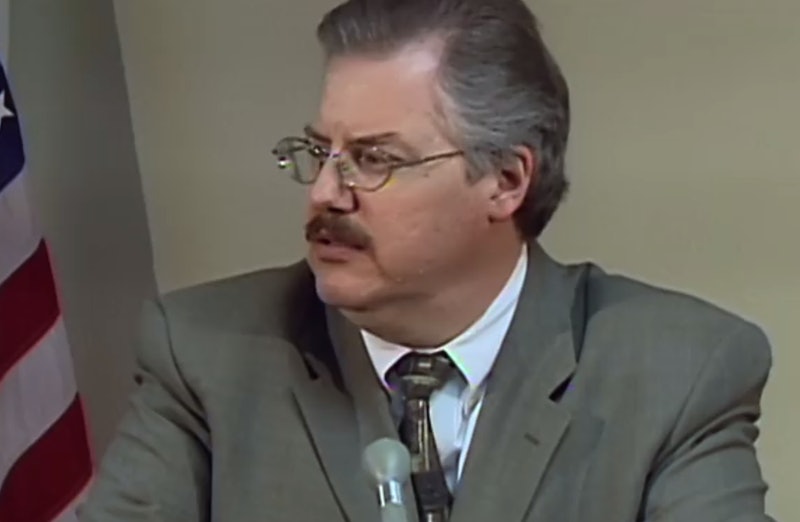 Making a Murderer's Ken Kratz was heavily criticized for the way he prosecuted Steven Avery and Brendan Dassey for the 2005 murder of Teresa Halbach after the public became obsessed with both cases following the release of the Netflix docuseries. In an interview with Dr. Drew Pinsky in April, Kratz said he contemplated committing suicide and started abusing drugs after the Avery and Dassey cases, unable to cope with the pressure. "After this whole thing kind of blew up I became suicidal," the lawyer told Pinsky on his podcast.

"I actually put a gun in my mouth and was really, really having a hard time with having kind of gone from very well-respected and obviously very into my job to really vilified within maybe a 48- or 72-hour period," Kratz said, likely referring to the 2010 sexting scandal involving a domestic abuse victim which got him fired from his position as the Calumet County prosecutor.

He also admitted that he began mixing Xanax, Ambien, and Vicodin, which he said made him act "erratic" and "deplorable" after the Avery case. He told Pinsky: "It was a case that I was very much in the public eye, very much in the limelight. For 18 straight months we were on the front page and really in a very, very high-profile case — and then it all stopped." Kratz said he really struggled when things returned to normal, developing anxiety and sleeping issues that led him to take drugs.

Though it's unclear when this near-suicide attempt took place, it was before Making a Murderer thrust him back into the spotlight. "With the sexual acting out and the combination of the drugs, I was really in a dark place," Kratz told Pinsky, giving the impression that it happened soon after the scandal. "I'm really fortunate to have come out on the other side." He's now been sober for five and a half years, working on the other side of the courtroom as a defense attorney.

Kratz has stood by his prosecution of Avery and Dassey, claiming the docuseries left out key evidence that would have made the two men's guilt more clear to viewers. However, he sounded less sure of Dassey's involvement in the gruesome murder when talking to Pinsky. Kratz said: "It's every bit as interesting as the Avery case for different reasons — you know, with the false confession and just the manipulation of this young man." He either left out a few key words or started to question the original confession that put Dassey behind bars.

The Wisconsin attorney is writing a book about the Avery case, which he initially estimated would be finished in April. He allegedly wrote a letter to Avery in prison, trying to get a confession out of the man he got convicted for the book, but Avery refused. So the book will focus on Halbach's point of view, giving a voice to the victim of the crime that started the Making a Murderer saga.