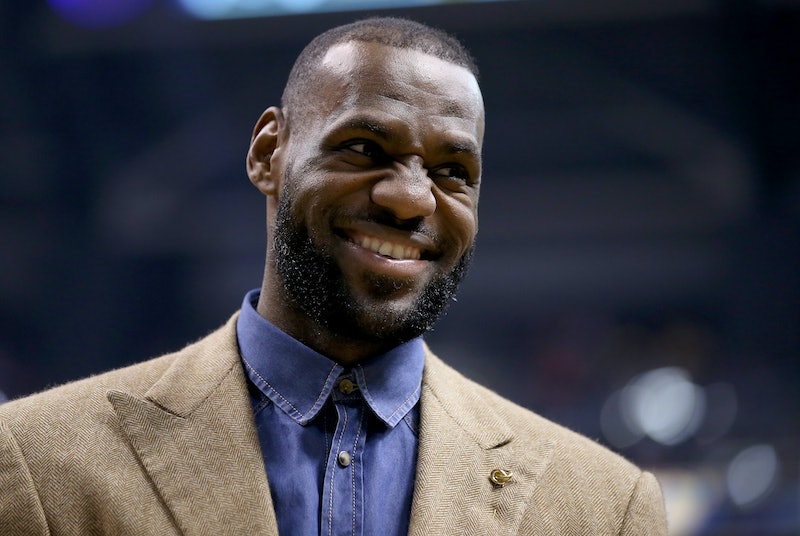 I don't think I'm alone in saying that I love LeBron James. OK, it may not be because of his sports career (he plays croquet professionally, right?) but that does not diminish my adoration of him. When the announcement hit that he was firmly in place as the lead of the Space Jam sequel, my heart grew two more sizes. James is an excellent choice to take center stage for the sequel to a much-beloved '90s films. It goes without saying —or does it?—that James threatened to steal the show in last summer's Trainwreck. Cast into the shoes of the "best friend" character, James made the most of his handful of scenes. He was able to poke fun at his own celebrity status while nailing the low-key one-liners of Amy Schumer's brilliant script. It was a standout role in a standout film, to be sure.

So why bank on James to repeat that success again? With any luck, the Space Jam sequel will replicate some of the light-hearted tone of its predecessor. In this respect, James is primed. His natural knack for comedy will shine through. Michael Jordan's original performance was good, albeit pretty straight-laced for a kid's flick. This time around, there's opportunities to really tease out those natural funny moments James has showcased in the past.

The other reason James is such a good choice? He's dedicated. James revealed to Hollywood Reporter Melissa Guthrie that he was "going to take full advantage [of his success] while he can," referring to the various endorsement deals, acting gigs and projects lined up at his production company, SpringHill Entertainment, he has lined up. The dedication to capitalizing on a hot streak is admirable. It is also indicative of James's commitment to making his star shine brightly. It may sound selfish, but in reality it's just good business. There's a seriousness that comes with his need to push forward. It could be argued that his commitment to a successful post-NBA career will extend to his work ethic on the set of the Space Jam sequel.

Either way, I'm positive James is the best choice to lead the Space Jam sequel. Funny, charming and committed to the next phase of his career, I'm curious to see what happens for this naturally-gifted wunderkind.