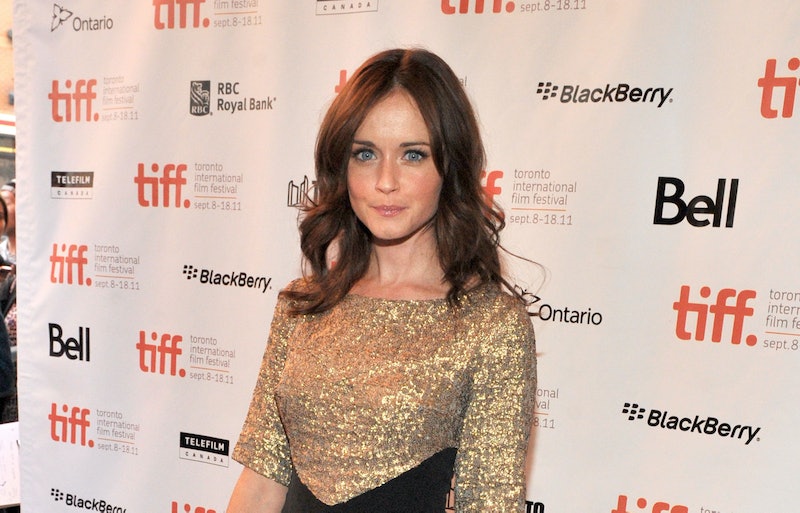 Have you spent the last year mourning the loss of Parenthood? While you might not be able to get the family drama back (at least, not unless Netflix or Hulu decides to miraculously revive the series) Netflix's Gilmore Girls is bringing you the next best thing. The Netflix revival of Gilmore Girls will feature a guest spot by Parenthood favorite Mae Whitman, a.k.a. Amber Holt. Fans of both series will get the connection immediately: after all, Lorelai Gilmore, a.k.a. Lauren Graham, played Amber's mom Sarah Braverman on Parenthood. While Graham is the force that ties Whitman to the show, it looks like Whitman is now palling around with yet another Gilmore Girls cast member. Whitman and Alexis Bledel have yet another connection outside of the Gilmore Girls revival and seeing these pseudo TV sisters hanging out is basically a fan's dream.

Whitman took to Instagram to post a photo of her and Bledel at a staged reading for The Blacklist script College Republicans, a script that Rory could quite possibly identify with given her time at Yale. It's not the first time that these two have been spotted hanging out via social media: back in June of 2015, Whitman posted a pic of her and Bledel hugging it out on Twitter. The new picture, from the staged reading, shows that these two clearly adore one another:

Though Whitman's role on Gilmore Girls is currently unknown, here's hoping that art imitates life and that she and Rory are pals onscreen as well as off.