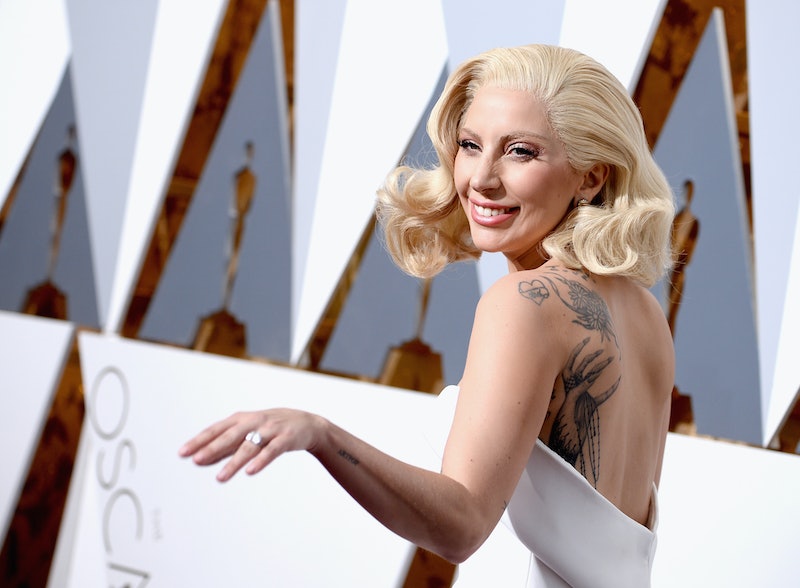 When most fans heard that Lady Gaga would star in American Horror Story: Hotel, they were happily surprised, if a bit skeptical that the "Born This Way" singer could really make the leap from avant-garde pop star to leading lady. Of course, now we know better: Lady Gaga's cold, creepy performance as The Countess was exactly the kind of the thing that American Horror Story needed, and it even earned the star her very first Golden Globe in the Best Actress In A Limited Series Or TV Movie category. Lady Gaga is clearly more than just a singer, and she could prove that once again with a seriously iconic role. Rumor has it that Lady Gaga could star in A Star Is Born , a remake that has been in the works for a while now, and it could be her next big project.

There have been multiple iterations of A Star Is Born, most recently with Barbara Streisand in the leading role, but a modern version has been whispered about in Hollywood for years. Though Beyonce was originally rumored to star opposite Bradley Cooper, Lady Gaga's recent dinner with Cooper suggests that she's now in talks for the project, which would not only star Cooper but be helmed by him as well, reports Deadline. This role could be huge for Lady Gaga, as the film resonates with many of the themes that she put forth in her own work over the years.

The new film would be the fourth adaptation of the original film, which was made in 1937, but the subject is just as relevant today as they were then. The general story of all three films is as such: a young aspiring actress moves to Hollywood with big dreams and ends up falling in love with one of Hollywood's talented, but troubled stars. As her star rises, his star falls. Though the couple is deeply in love, the former leading man's alcoholism and limited career prospects cause him to spiral — he can't live in a world where he's no longer an important, famous man. He kills himself, while she thrives in the spotlight.

This wouldn't be Lady Gaga's first time exploring the concept of fame. In fact, Lady Gaga's very first album, released in 2008, is titled The Fame, and features songs that explore the sometimes dark side of being a well-known. Her song "Paparazzi" hint at what it's like to be watched and loved from afar, and though it's a love song, it's also one deeply connected to her own rise to the top. Later in her career, she released "Applause," a love letter to fame itself — a song in which she professes to "live for the applause." It's certainly something that her potential A Star Is Born character, and Cooper's, could relate to.

Though it's unclear whether Cooper and Lady Gaga's meet up will truly end in a casting announcement, this project certainly seems appropriate for Gaga to pursue. It could very well be the personal project that gets her one step closer to that coveted EGOT.