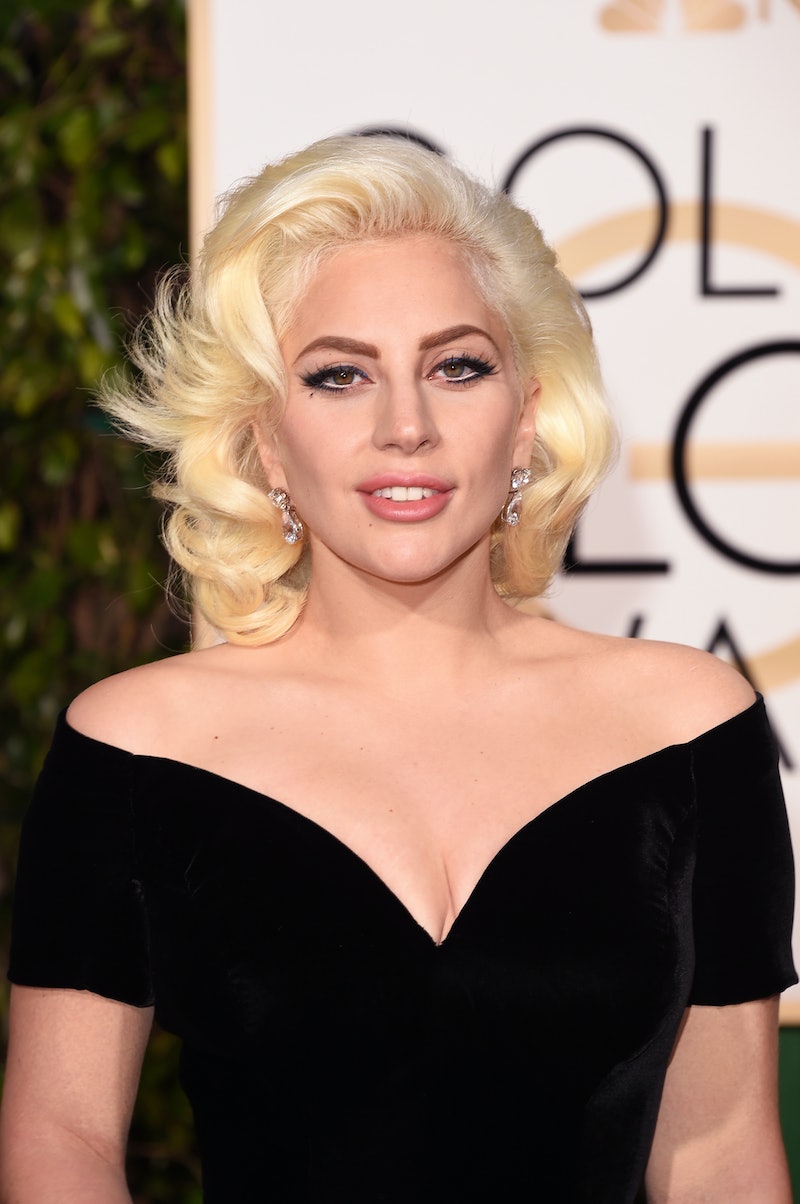 OK, let me start off by pretending to be a good sport and saying congratulations to Lady Gaga for her Golden Globes win for Best Actress in a Limited Series or TV Movie. But, now that that's out of the way, I have to point out that everyone who's not Lady Gaga got snubbed — especially Sarah Hay, the star of Flesh and Bone. It was a competitive category with a lot of hugely talented actresses, including Queen Latifah, Kirsten Dunst, and Felicity Huffman. And, don't get me wrong — Lady Gaga gave a convincing and creepy performance on American Horror Story. I even dressed up as the Countess for Halloween — so please don't think I don't appreciate you, Lady Gaga.

But, the reason Sarah Hay deserved this award is because her role on Flesh and Bone was demanding on so many levels. First of all, aside from being a corps de ballet member in Black Swan, Hay had no acting experience prior to playing Claire. She was chosen for her amazing ballet skills, because showrunner Moira Walley-Beckett wanted professional dancers to play the leads. When Hay, who was working as a soloist at Germany's Dresden Semperoper Ballett, took on the challenging role of Claire it would be an understatement to say that she rose to the occasion and totally killed it.

The role was physically demanding because every episode included lengthy dance sequences — and Hay was breathtaking in every single one. But, the complexity of Claire's character also required serious acting chops, and Hay pulled it off like a pro — I would have never guessed that her prior acting experience was basically nonexistent. It's no easy feat to portray a person grappling with PTSD and self-harm, but she handled the material beautifully and she perfectly captured what it's like to live day-to-day with an untreated mental illness between her portrayal of skittishness, disassociation, and emotional outbursts.

Playing Claire was essentially like having two full-time jobs — dancer and actress. Both these jobs are physically and emotionally taxing, and Hay couldn't have been more perfect in each. So, with no disrespect to Lady Gaga, Hay's totally the winner in my book. Luckily, I think we'll see much more of Hay in the future — her first foray into the acting world was a huge success, and this certainly won't be her last nomination.

More like this
What Is Ariana Grande's Net Worth? When It Comes To Money, She Has No “Problem”
By Hugh McIntyre
Anya Taylor-Joy Might Be Engaged To Her Musician Beau
By Jack Irvin and Sophie McEvoy
Lady Gaga Delivered A Million-Dollar Performance At A Private Wedding
By Maxine Harrison
The Best Memes & Tweets About Lady Gaga Reportedly Joining 'The Joker' Sequel
By Grace Wehniainen
Get Even More From Bustle — Sign Up For The Newsletter