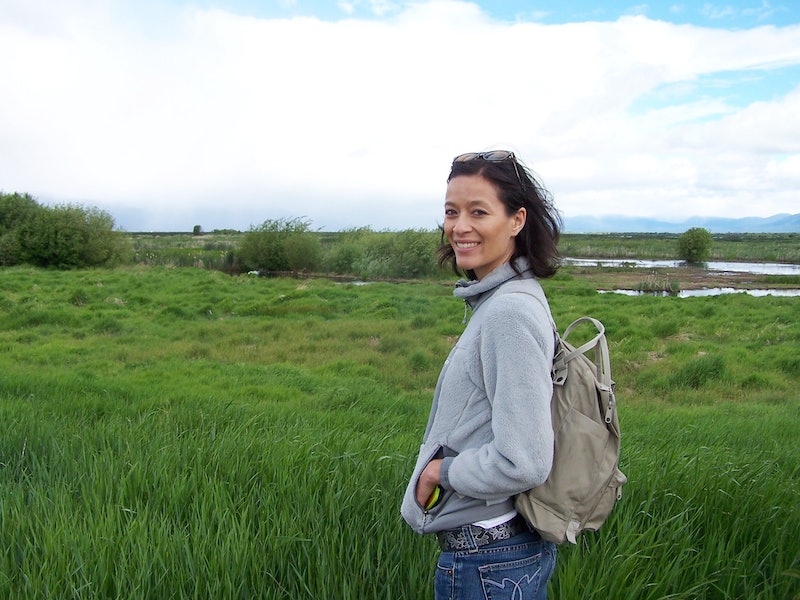 It was midnight, and I was crying in bed, the blankets pulled over my head to shield my husband from the blue glow of my phone and to muffle the sound of my thumbs tapping out rapid-fire text messages to my sister, Kimmie. Earlier that day, Kimmie and I each received an unexpected friend request on Facebook. The name was Vietnamese and meant nothing to me, but I knew the face. Seventeen years of estrangement from my Vietnamese family could not erase the memory of my beautiful auntie, Baba — my father’s sister.

I accepted her request and fell inexorably down the Facebook rabbit hole. Scrolling through my aunt’s photos, I was shocked and moved to see extended family members whom I last saw when I was a child, now with nearly twenty years of living etched on their faces. I saw photos of my father and wondered when he had become an old man. I saw cousins whose childhood features I could just barely trace in their adult faces. I saw a generation of children I’ve never met born to people I scarcely remembered.

Baba’s Facebook page opened a door into the Vietnamese side of my family that slammed shut nearly two decades ago. Had opening it again always been a simple matter of a few strategic clicks of the mouse?

That night, Kimmie and I texted back and forth, frantic with discovery. We compared notes and mined our memories.

Me: Which picture finally made you cry?

Kimmie: The one of “all the Nguyen women” at the big family reunion last summer.

Me: Yeah. They missed a couple. They must have overlooked us.

Kimmie: How about you?

Me: The one with Duc Dad with his wife and kids and granddaughter.

He was always Duc Dad to us. Or our Biological Father. But never Dad. “Dad” implies something more. Something that has to do with road trips, yelling, displaying photos proudly at work, and paying for music lessons, even when it’s an obviously wasted investment. It is a word that has no bearing on his relationship with me and Kimmie. He was Dad to the smiling children on Facebook, though. And he was Grandpa to that chubby baby girl in the photo.

I was crying in earnest now. Because he has another granddaughter — one he’s never met — Kimmie’s infant daughter, Hazel.

Me: I don’t know. In another generation, it will be irrelevant, won’t it? That bloodline will be undetectable.

Kimmie: Do you ever want to visit Vietnam?

Me: God no. Well, maybe one day with Hazel. For her.

Here’s a fragment of a twenty-three year old memory: Me, age 12, standing on a coffee table next to Kimmie, age 11. Baba’s slender arms reaching around my waist with a tape measure. Our cousin, Nga, telling us about her upcoming wedding — a traditional Vietnamese affair with formal dress and food and firecrackers. Baba smiling, writing down our measurements, promising us our very own ao dai, the traditional silk tunic over flowing pants worn by Vietnamese women for formal occasions.

Here’s another sliver from a few months later: Our father sitting down next to us on the front stoop of our cousin’s house, telling us we could not come to the wedding because his new wife — his Vietnamese wife — would be there. Me, wiping away furious tears, demanding to know why, why? Kimmie, tiny shoulders hunkered over, crying quietly over the pavement.

Something unraveled in that moment. I blamed my stepmother for alienating us from our family and cultural birthright. But in truth, it was the cowardice of our father — and the punishing silence of our aunties and uncles and cousins and grandparents — that sealed our fate. Because what I understood then was that we were being officially rejected. For being of mixed blood. For being too American. For the complications we represented.

We struggled to understand why our stepmother, a stranger and a grownup, despised us. Our mother explained that some people believe love is like a pie. For every slice given away, there is less left to go around. She went on to reassure us that love doesn’t actually work like that. She told us that loving only expands your capacity to love. I didn’t believe her for a very long time.

And what would they miss by looking only through the blurred lens of Facebook? The lifetime of people asking, “What are you?” The relationships we ruined because feeling worthy of love was as foreign to us as Vietnam itself.

When we were young, Kimmie and I shared a bedroom in the tiny apartment our mother rented with her meager secretary’s salary. We slept in bunk beds — me on the top and Kimmie on the bottom — and devised endless ways to avoid sleep. Our favorite was a game called, simply, “Toast.”

A game of Toast began with each of us sitting in the middle of our respective beds. The rules went like this:

1. Hurl body to random side of bed.

These steps were repeated until the fateful moment when our heads popped out on the same side of the bed at the same time. We would make eye contact, scream “Toast!” simultaneously, and then laugh maniacally.

This was a game for insomniac morons.

There were, obviously, no winners in Toast (though the loser was almost certainly our mother, who had to stand in the doorway with a wooden spoon in her hand to get us to settle down).

Our childhood was punctuated by semi-regular visits to see our father, who would promptly deposit us amidst our cousins and wait for my mother to come pick us back up a few hours later. My memories of these visits are just snippets. The smell of cooking, greasy and foreign. Being sniffed on the cheek by way of greeting. Feeling anxious and embarrassed as we were discussed in a language I didn’t understand. The adults, dark heads bowed over a game of Mahjong. An uncle with a limp — courtesy of a bout with polio — who sang karaoke and kept a guitar in his bedroom. An aunt with a bruised face. And my sister. Always my sister.

Once my father remarried and had his “real” children, the time between our visits began to lengthen. Weekly became bi-weekly, then monthly, then quarterly, then nothing. The precious few hours we spent with our Vietnamese family served mostly to remind us that we were outsiders. But it would take another seven years from that moment on the front porch for our father’s rejection, and our family’s lack of interest, to sever the last tenuous strands of our relationship.

Kimmie: What would you do if Duc Dad reached out?

Me: I honestly don’t know. Would you want Hazel to know him?

Kimmie: I want her to have a connection to her heritage. But what if he hurts her the way he hurt us?

Me: I love you so damn much.

Baba’s friend request was followed by others. Mostly cousins. In the early days, we exchanged a few tentative messages. Now I only see their names pop up when they like one of our photos. One day, a phantom Facebook profile for my father appeared. Was he looking at pictures of the daughters he abandoned? Of the granddaughter he’ll never know? The profile disappeared a couple of days later.

I suppose I thought the initial outreach would lead to something…more. I imagined a family reunion, not unlike the one they had last summer. Except this time, the photo posted on Facebook would indeed include ALL of the Nguyen women. But no suggestion of seeing each other in person ever materialized. It was enough, I suppose, to see us on Facebook. I wonder if it makes them feel better about the last seventeen years.

After all, what would our family deduce about our lives by looking at our photos? That we are happy, healthy, frequently smiling. That we go out to dinner with friends and take lovely vacations with our husbands. That we lean to the left, politically. That we enjoy the occasional video about a cat whose best friend is a duck. That my sister has a baby, Hazel, who is a quarter-Vietnamese and looks a lot like her mother and her auntie.

And what would they miss by looking only through the blurred lens of Facebook? The lifetime of people asking, “What are you?” The relationships we ruined because feeling worthy of love was as foreign to us as Vietnam itself. The depression, anxiety, medication, and years of therapy. The longing for connection to our Vietnamese heritage that morphed into resentment and finally hardened into something doing a convincing impression of apathy.

Facebook reveals nothing of the unwavering presence and protection of our grandfather and stepfather, who took over the role our biological father shirked. The uncanny ability of our brilliant grandmother to help us find refuge in exactly the right book at exactly the right time. The selflessness and strength of our mother, whose devotion to her children and capacity to love humbles me. The sisterhood that meant — that will always mean — recognition and identity and survival.

I spent the vast majority of my adult life doing an admirable job of ignoring my absent family, my hurt betrayed only by a thinly veiled contempt for anything related to Vietnamese culture. Facebook reminded me of the deep, penetrating hole in my cultural heritage — of our exclusion from a lifetime of family gatherings. From marriages, births, and deaths.

And yet. Texting with Kimmie in the middle of the night — in the sister shorthand only we understand — I felt gratitude. For the kind fierce love and lifelong connection that can only be hinted at on Facebook. I don’t know what, if anything, comes next with our Vietnamese family. But for the first time, I am open to it.

Because I finally understand. Love is not like a pie. No. Love is much more like toast.