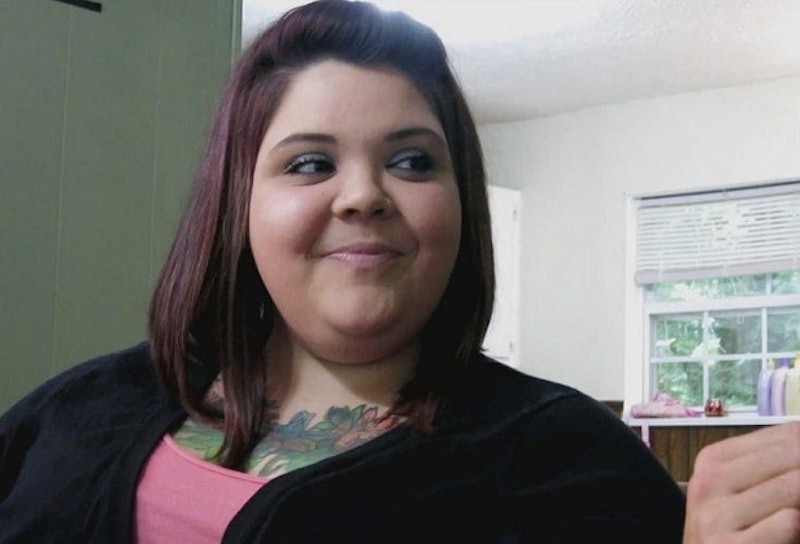 Sad news for fans of MTV's heavy-hitting reality show Catfish. According to People, Ashley Sawyer from Catfish has died at 23 years old — less than three years after the man she met on the show, Mike Fortunato, died of a pulmonary embolism. As of Tuesday morning, no cause of death has been released, and although few details have surfaced on what happened to Sawyer, People does report that she passed away over the weekend.

In case you don't remember Sawyer, she was the subject of one of the show's earliest seasons, and her episode showcased a pretty unique situation for Catfish. Over the seven years she and Fortunato talked online, Sawyer had been sending photos to him that made her look skinnier than she was, and asked Nev Schulman and Max Joseph for help so she could meet him in person for the first time and finally come clean about who she really is. But when they finally came face to face, she discovered that Fortunato had been masking his appearance, too. They seemed to leave the show on good terms, but just a month after the episode aired, Fortunato passed away.

Both Schulman and Joseph have already responded to the news with tributes of their own to Sawyer on Twitter:

On the latest Catfish special, Sawyer talked about how she's been dealing with losing Fortunato, and the struggles she's faced in her own personal life. She admitted she'd recently been trying to overcome her battle with addiction at a sober-living facility. Following her death, Sawyer's sister, Jessica Ross, told MTV News that Sawyer had finished her program and was living in her own apartment and working at Panera.

"We had a great relationship,” Ross told MTV. “I know she knows how much I loved her and she loved me, and I am so sad that she’s gone. She was so funny, she could make me laugh on my absolute worst day. She was just a really fun person to be around.”

The network has also released a statement on Sawyer's passing:

MTV is deeply saddened to learn that Ashley Sawyer has passed away. Our condolences, thoughts and prayers go out to her family and friends."