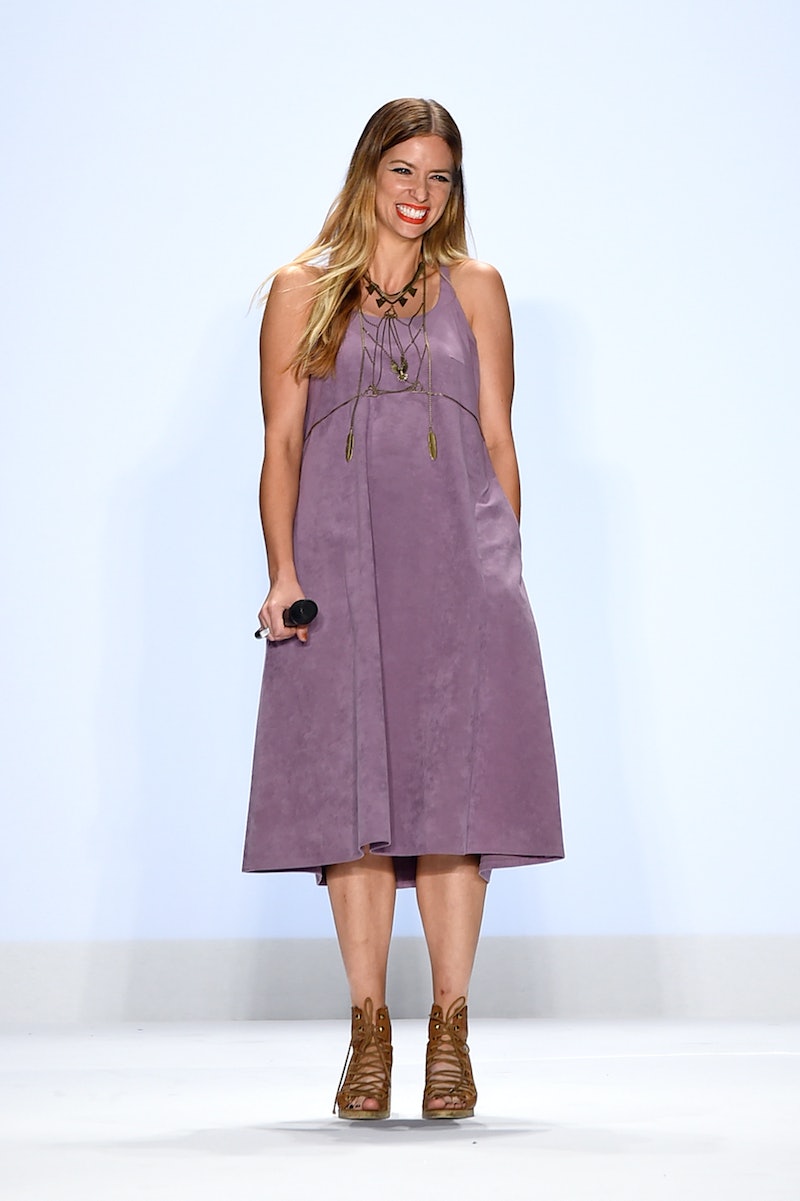 Well, I certainly hope so. Lifetime has made no official announcement regarding the fate of Project Runway All Stars, so it's hard to say if and when the series will return for another season after Thursday night's finale. However, with solid ratings for Season 5, according to The Nielsen Company and as reported by TV by the Numbers, and the promise of a Season 15 of Project Runway already in the works, I'm confident that Project Runway All Stars will be back.

I usually dislike it when Project Runway All Stars brings back contestants that have already won the competition because it's like, give someone else a chance to taste victory, you know? But how could I argue if they decided to bring back Jay McCarroll, the very first winner of Project Runway, to compete on the show? Jay created some of the most stunning and inventive ensembles in the show's history, such as his Chrysler Building-inspired dress and the colorful-cozy knits of his finale collection. He was way ahead of the curve when he used headphones as accessories, by the way. Plus, I'm just genuinely curious to know what Jay has been up to these past 11 years since he won (gasp!) and how his design aesthetic has changed. Hopefully, not too much.

Nick Verreos created some incredibly playful outfits during his time on Project Runway Season 2, and he had the personality to match. It's no wonder that Nick has gone on to serve as a red carpet fashion expert and correspondent for E!, Style Network, NBC, and CNN International, as well as launch his own clothing collection on Evine Live, according to the bio on his website. He also served as the winning mentor on Lifetime's Under the Gunn. Clearly, Nick would be so entertaining to watch on Project Runway All Stars; I just hope he has the time.

Laura Bennett was one of the chicest designers in Project Runway history, both in terms of what she created and what she wore. Plus, she competed in the Season 3 finale while pregnant. Can you say badass? Laura is apparently quite the archer these days, so it would be cool to see how that hobby has influenced her style. That's also another reason why her fellow competitors shouldn't mess with her, too.

On Season 4 of Project Runway, Jillian Lewis always delivered designs that evoked fun, femininity, and strength. That dress she made entirely out of Twizzlers during the unconventional challenge was pure, delicious perfection. Jillian was just unfortunately in the same season as Christian Siriano, and no one was ever going to beat him. Now that she recently gave birth, I don't actually think Jillian would appear on Project Runway All Stars Season 6, but hopefully she returns to the catwalk someday soon.

Olivier Green filled the wunderkind role on Season 9 of Project Runway, churning out minimalistic yet edgy pieces. Unfortunately, Olivier couldn't quite make it all the way to the end (he finished in sixth place), but perhaps these past few years have helped him grow as a designer.

Amanda Valentine is definitely my favorite designer from the last few seasons of Project Runway and maybe even one of my fave contestants ever. That's not only the case because hers is a comeback story (she finished in eighth place in Season 11 and returned to the competition to become the runner-up of Season 13), but also because her designs are just so beautifully cool that I want them all in my closet right now. I don't think you could feel like anything less than a rock star in her designs. Plus, she just seemed like an altogether lovely woman. How could you not want Amanda back on TV?