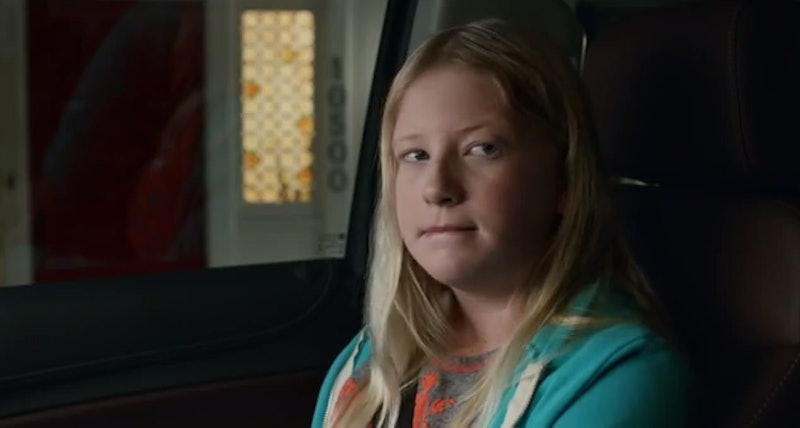 There is a new ad out there that has people in a tizzy, but the problem isn't one of a person being too nude or using inappropriate language, it's a bit more... economic. The commercial is for the 2015 Chevrolet Tahoe and it's being aired during the Winter Olympics. In the commercial, a couple returns home to their children's babysitter and the mother gives her a ride home. The girl is so impressed by the woman's Chevy Tahoe — I mean, it does have seat heaters — that at the end of the commercial she asks for $60 instead of her usual $40. "This chick has money!" the girl must be thinking while she rubs her fingers over the luxurious stitching of the car's interior. "And I'm gonna take some of it!"

Personally, I don't find this that offensive. It's clearly meant to be funny with the way the teenager looks around the car before confidently saying, "Sixty." It is kind of strange because I 100 percent expected her to say, "Oh. You don't need to pay me" as if a ride in the glorious Tahoe was enough. I don't think this a good commercial, I'm just saying that it doesn't make me particularly angry. As you'll see, that probably means I'm a socialist.

Many people were far more upset than I and found this commercial to promote greed and selfishness. One commenter, Mike Rapier, on the website iSpot.tv said,

This commercial sends such a WRONG message; I can't believe they have not pulled it. I have 3 teenage daughters that all babysit just about every weekend. We have taught them to be respectful and whatever they are given for their services is more than fair. They have taken this advice seriously and would never question an adult that allowed them to watch their children a negotiation at the end of the evening. Shame on you Chevy & the marketing team that you THOUGHT was a good message to anyone!

The girl is undeniably greedy, but it's done in a lighthearted way and kids learn lessons about selflessness from all kinds of places (ex. their parents), so this commercial will not turn children into horrible adults on it's own.

Many people agreed with Rapier, but some took the commercial's message even more strongly and seem to think the ad represents wealth redistribution. Marlene Moss wrote, "Gee, any question that we live in a socialist society? You have more, I want it. Just as asinine as someone's health insurance costing more because they have a higher income." Steven Johnson was more blatant and said, "Income redistribution at an early age." Cathy Bystrak got really "fired up" saying,

Wow! shame on you Chevrolet for again teaching are [sic] children to be greedy, rude, disrespectful, and growing up learning that when people work very hard to BUY things that they can afford, you get a bigger piece of their pie just because they should give a little more!!!! Ooh I'm fired up! This Is truly what is wrong with our society.

Watch for yourself and decide what you think. Is it a commercial with a precocious teenager, a promotion of greed, or a hint at the oncoming downfall of American society?