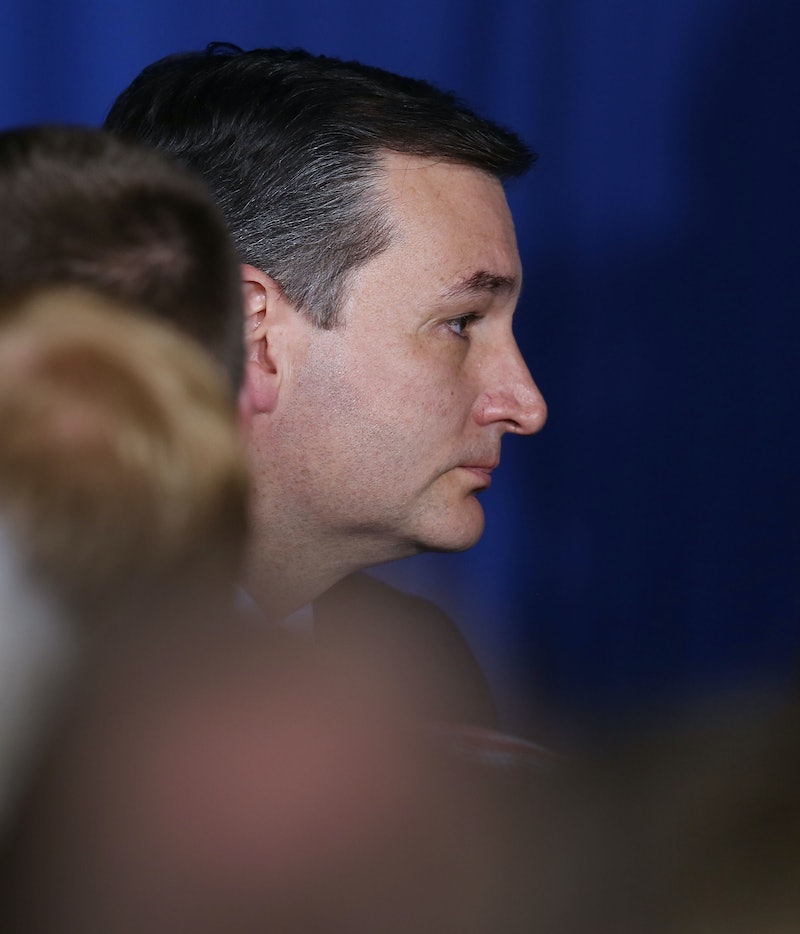 Almost immediately after a stinging loss in Indiana, a state upon which he had pinned many of his hopes, Ted Cruz dropped out of the race for the Republican presidential nomination. Now that the Texas senator, who was the closest competitor to GOP frontrunner Donald Trump, is out of the running, does this mean there won't be a contested convention? The possibility that the convention, to be held in Cleveland in July, will be contested seems all but impossible.

However, there are a few reasons that it's pretty darn unlikely there won't be a contested convention for the Republicans that aren't because — or just because — Cruz quit the race Tuesday night.

For one, even if the Texas senator decided to keep battling for the nomination, the odds of his preventing Trump from winning enough delegates in the upcoming primaries to secure the party nomination were increasingly slim. After tonight's win, at time of writing, Trump needs 236 more delegates to hit the magic number of 1,237. There are still 445 up for grabs. Even if Cruz had remained in the race, Trump would need to win just a little over half of the remaining delegates to walk into Cleveland with a sufficient number to secure the Republican nomination. And let's be real: Trump has been beating the pants off his rivals. No one has come close so far — and it's May. While not impossible, it would have been highly unlikely based on his record of wins (or lack thereof) that Cruz could have blocked him from winning the delegates he needs to get that nomination.

There's another critical reason that a contested convention is almost certainly not going to occur for Republicans. Shortly after Cruz quite the race, mere hours after Trump was declared the winner of the Indiana primary, the Republican National Committee Chairman, Reince Priebus, tweeted out that Trump "will be presumptive @GOP nominee."

The tweet appeared to end any hopes of a contested convention for Republicans in the anti-Trump camp. Instead, in his tweet, Priebus appeared to be trying to rally his party behind Trump, saying "we all need to unite and focus on defeating @HillaryClinton."