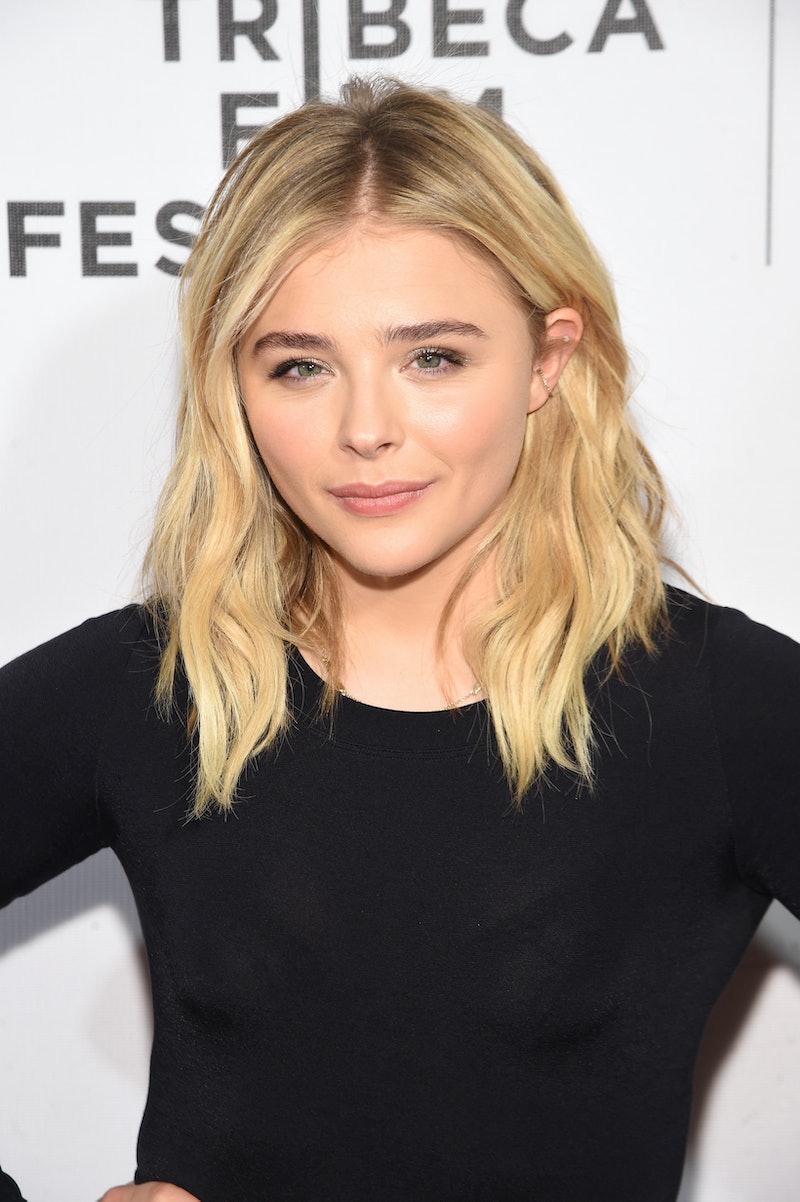 She hasn't even been on the planet for two whole decades yet, but proud feminist Chloë Grace Moretz is already proving she's a force to be reckoned with. She's been acting steadily since she was seven years old, which is impressive all on its own, but what's honestly even greater about her is how she's using her growing fame to educate young people on the importance of feminism. Appearing on the June cover of Glamour magazine, Moretz shared her definition of feminism as it stands today, and she also revealed how that definition has evolved over time. She's refreshingly honest about what she wants people to know about feminism, and exactly what she doesn't.

Moretz has spoken out before about why feminism is so important to her. In 2015, she told NYLON magazine that she's held her beliefs "since birth." She said,

My mom was a single mom, so I’ve been a feminist since birth. I think feminism is about strong women being who they want to be and fighting for equality on all accounts. It’s not about men being demolished to bring women higher up in the world. I think that’s incredibly misconstrued.

She's also incredibly passionate about politics, campaigning alongside Hillary Clinton to proudly declare her desire for a Clinton presidency.

As she comes into adulthood, Moretz says she's more determined than ever to spread the word about feminism, but admits that her own definition of what it means to be a feminist has changed. After Glamour brought up that she once said, "I’m definitely a feminist, but I don’t hate all men," the actor explained,

The word feminism meant something very different when I was 13. I had four older brothers and a single mom, and we were providing for each other… It was a collective effort between men and women. So for me, it was about familial equality ... I was uneducated on the word feminism because I wasn’t an adult in a lot of ways. I hadn’t dealt with the amount of adversity that I deal with now, especially in business. I’ve traveled more. I’ve been part of different cultures and [heard about] what it means to be a minority young woman in this country and other countries. I’ve read more, experienced more. It’s kind of an evolution. So now, for me, feminism means equality for people of all genders, races, and economic situations. But at the same time, I never really thought that feminism was about hating men; I was afraid that people would view me that way.

As for the unfortunate "men-hating" stereotypes that come along with using "the f-word," she is striving to change views, especially among her peers.

The word feminism, right now, is super polarizing. I started realizing this when I got on the campaign trail for Hillary Clinton. I’m constantly meeting young women who say, “I do want to vote for Hillary, and I think it would be really great for her to be our president, but I’m afraid that if I vote for Hillary, young men aren’t going to look at me the way they would have looked at me before.” ... It’s not cool. No one knows what feminism means; I really want to educate young women around me.

No matter where your political beliefs lie or who you're choosing to vote for in the 2016 election, the message that Moretz is sharing is so important, and not even solely for young people. It's totally OK for your definition of feminism to evolve with time, and it doesn't have to be limited to gender equality. Equality of all people, regardless of arbitrary factors like race, gender, sexuality, or religion, is the ultimate goal, and with young actors and public figures like Moretz working hard to achieve that goal, it's an awesome message to abide by.

More like this
At 14, Tatiana Maslany Was Obsessing Over Tamagotchis & The Spice Girls
By Gabrielle Bondi
Beyoncé & Madonna’s “Break My Soul” Remix Honors A Group Of Black Icons
By Stephanie Topacio Long
Scotland's First Period Dignity Officer Has Sparked Backlash
By Darshita Goyal
Naomi Osaka & Emma Raducanu’s Experiences Have Inspired A New Amazon Show
By El Hunt
Get Even More From Bustle — Sign Up For The Newsletter