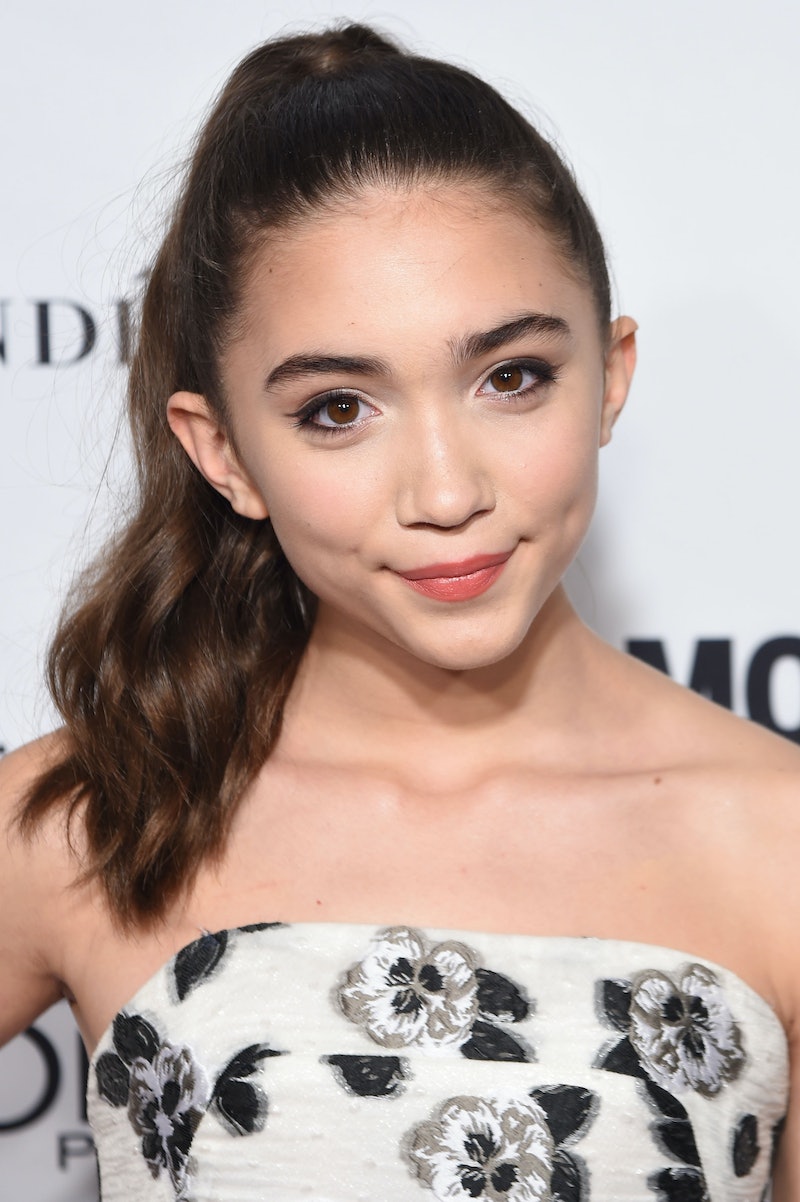 Nothing is more refreshing than seeing some of the youngest famous faces in wholehearted support of the "f-word." No, not that f-word, the one that really matters: feminism. There are, unfortunately, still many celebrities who denounce the term or give it a misconstrued meaning, conjuring outdated images of women who hate men and burn bras. And there are some who likely just perceive the word as too aggressive or become fearful of alienating fans in one way or another. But the great thing is, there are some super young celebrities who see the importance of feminism and happily speak out about their views.

These are the young up-and-comers who are unafraid to say how they feel about women being treated equally to men in all arenas — politically, socially, and economically. Most of these ladies are under 20, and they've already made it crystal clear that they want to live in a world where feminism is the norm and not simply a movement for a small part of the population to follow and believe in. They're using their voices and influence for good, and it's incredibly inspiring.

With a career that's on fire these days, Zendaya, 19, is proving she's a force to be reckoned with when it comes to shattering glass ceilings for women. She told Flare magazine exactly how she defines feminism:

A feminist is a person who believes in the power of women just as much as they believe in the power of anyone else. It’s equality, it’s fairness, and I think it’s a great thing to be a part of.

Zendaya has also spoken up about other causes close to her heart, including gratuitous photoshopping on her photos in a magazine and comments Giuliana Rancic made about the dreadlocks she wore to the Oscars. She's amazing.

This breakout Hunger Games actor is using her voice and social media reach to speak out about social injustices of all kinds. In 2015, the Ms. Foundation for Women named the 17-year-old one of the top Celebrity Feminists Of The Year, and she's written Tumblr and Twitter posts speaking openly about causes including Black Lives Matter, the importance of STEM (science, technology, engineering and math) education for girls, and she posted an incredible video bashing cultural appropriation called "Don't Cash Crop My Cornrows." Though she's not even of voting age yet, she's showing that she's a trailblazer among her peers, determined to change the world.

The Girl Meets World star shared the honor of Celebrity Feminist Of The Year with Stenberg, and it's easy to see why: Blanchard penned an eloquent essay on Instagram denouncing "white feminism," which noted that it "forgets all about intersectional feminism. The way a black woman experiences sexism and inequality is different from the way a white woman experiences sexism and inequality. Likewise with trans women and Hispanic women." Her post was universally lauded and celebrated — did I mention she's only 14?!

The ladies of Fifth Harmony, who range in age from 18 to 22, have said they're "devoted to promoting feminism 100 percent" and make no bones about the fact that they will do what they can to empower women. Band member Lauren Jauregui told HuffPost Live she believes feminism is: "the political and economic and social equality of the sexes." She continued,

A huge part of [feminism], I think, is the coming together of women. [It's] supporting each other and not breaking each other down, and kind of sending out that message and making sure women know that doing this together is going to be so much more effective than trying to tear each other down.

Moretz started her acting career at the ripe old age of seven, and she's pretty quickly taking over Hollywood, which is something I can totally get behind. The 18-year-old recently told NYLON magazine her feelings on feminism, saying, "My mom was a single mom, so I’ve been a feminist since birth. I think feminism is about strong women being who they want to be and fighting for equality on all accounts. It’s not about men being demolished to bring women higher up in the world. I think that’s incredibly misconstrued." She's also spoken out against typecasting and taking sexualized roles, making her a breath of fresh air in an industry that thrives on using women as sex objects.

Lorde fully intends on making her music so much more than just a vehicle for blatant sexuality, and the 19-year-old even came out swinging against Selena Gomez's song "Come & Get It"," telling Rolling Stone: "I love pop music on a sonic level, but I'm a feminist and the theme of her song ['Come & Get It'] is, 'When you're ready come and get it from me.' I'm sick of women being portrayed this way." She also understands why feminism is often misunderstood, telling The Huffington Post: "A lot of girls think it's not shaving under their arms and burning bras and hating boys, which just seems stone age to me." I totally agree!

Fanning has been a young star on the rise for a long time, but she's careful about the roles she takes, wanting only to take on strong, powerful characters. In 2014, she told Fashion magazine one of her gripes about the film industry: "There are still a lot of movies where women are dependent on the guy. We don’t always need a love interest. We can stand on our own. There are so many movies where guys are alone, doing their own thing, so I don’t see why we can’t have that too." Preach, sister!

With so much talent and the ability to reach so many fans with their inspiring thoughts and ideas, these are the young feminists in Hollywood to keep an eye on.

More like this
Sandra Bullock, Girlboss Extraordinaire
By Matt Harkins & Viviana Olen
The 'Hocus Pocus' Sequel Finally Has A Release Date & It Makes Total Sense
By Shannon Barbour and Radhika Menon
Spice Girls’ Net Worth: The Richest Member Is Wealthier Than The Rest Combined
By Hugh McIntyre
Halsey Calls Out Label For Asking Them To "Fake A TikTok Moment" For New Song
By Jake Viswanath
Get Even More From Bustle — Sign Up For The Newsletter