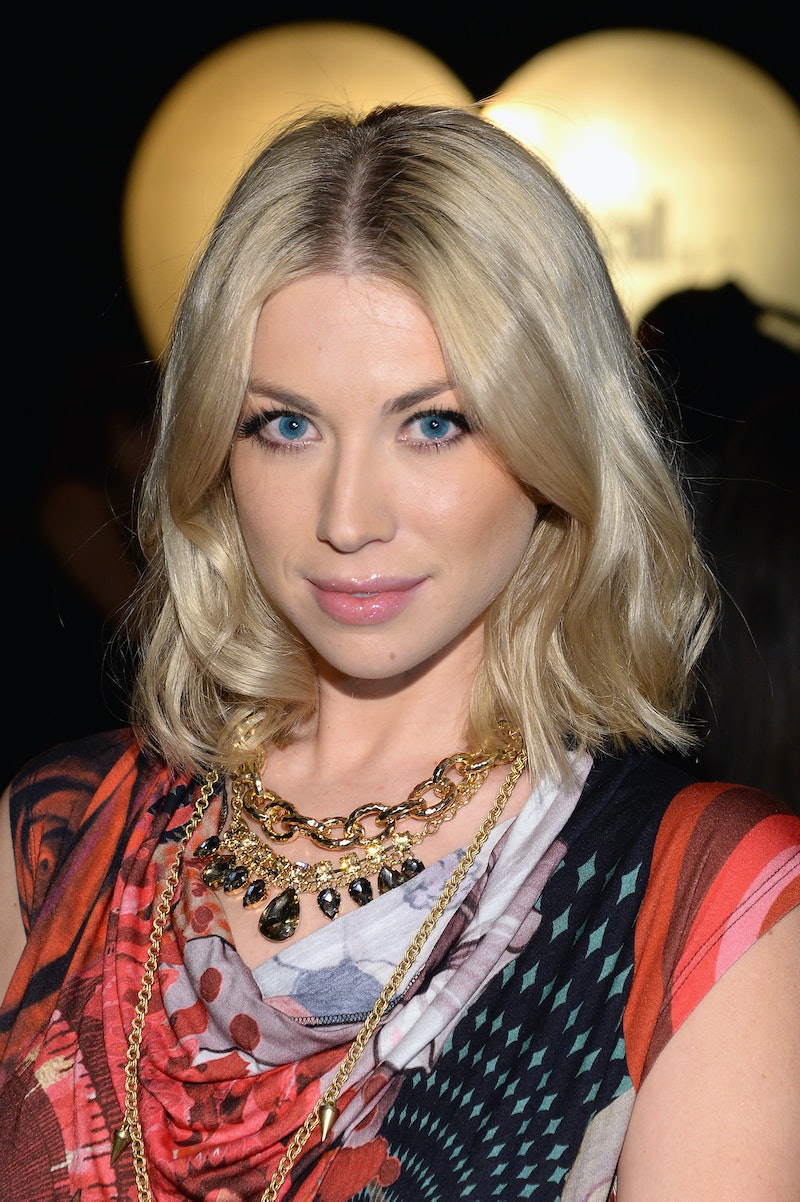 On Tuesday, Stassi Schroeder's appearance on Watch What Happens Live literally deflated me. Schroeder voiced no directly catty comments toward anyone, no deliciously evil narratives about just what shape she wants to twist Jax Taylor's genitals into, or anything of the like. Even though the second half of the Vanderpump Rules reunion aired last night, she dismissed nearly everything about the show just as swiftly as she dissed Laugh Leigh last season in her word choice and body language.

A caller asked Schroeder what she's doing for work now that she's not at SUR anymore, and the reality star looked pained when she explained that she's living in New York (aka "I got away from everyone who was acting crazy in LA") and says she's over "waitressing." I think the term has changed in recent years to "serving," but I digress.

I moved to New York, and I've been blogging for other sites and I've been developing my own [site], and I'm really excited about that, Schroeder says. Also, I've been working with different accessory and jewelry brands with styling, and thats where I'm at. I'm not going to go waitress again. I'm doing me, and I'm doing what makes me happy.

In short, Schroeder is over slinging crispy chicken and fried calamari and doesn't care who knows it.

There was nary a tweet or Instagram about the reunion from her accounts last night, proving that her big move to NYC wasn't just for show.

"There's so much hatred and negativity in Twitter right now, I've just been staying away. It's scary," Schroeder tells Andy Cohen, who aptly commented that she's usually such a spreader of love and light on social media.

We'll miss the old Stassi, and hope that the new Stassi will never forget her ability to put someone ceremoniously and perfectly in their place.

You can watch Stassi on WWHL below: 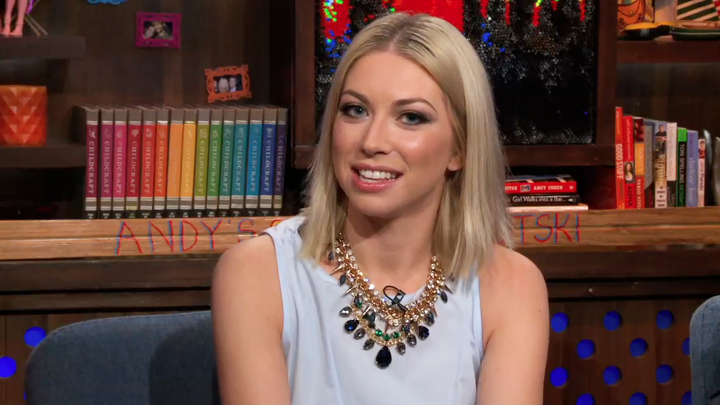 More like this
This 'Emily In Paris' X 'The Hills' Crossover Is Très Chic
By Marenah Dobin
This 'Bachelor' Contestant Got Back With Her Bachelor Nation Boyfriend After Going Home
By Grace Wehniainen
'Bling Empire: New York' Star Nam Laks Is The “Blair Waldorf Of Thailand”
By Alyssa Lapid
Paris Hilton & Carter Reum’s Relationship Timeline Includes A Surprise Baby Boy
By Bustle Editors
Get Even More From Bustle — Sign Up For The Newsletter
From hair trends to relationship advice, our daily newsletter has everything you need to sound like a person who’s on TikTok, even if you aren’t.