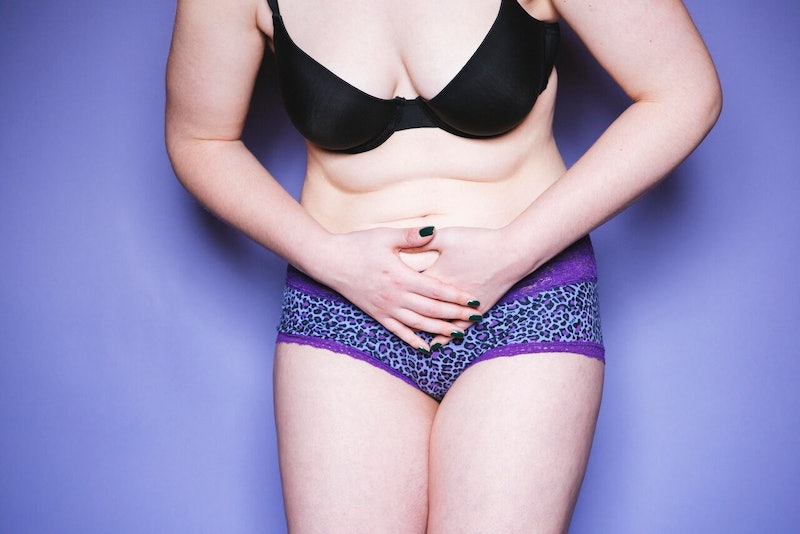 Some people are prone to ignore the little signs their body gives them to let them know something isn’t right. There are signs your body is out of whack that you absolutely should not ignore, though, even if you are one of those, “no big deal” type of people. As you’ve likely heard many times before, sometimes the longer we wait to get to the bottom of a health issue, the worse it can turn out to be. With that mindset, if our bodies are telling us something is up, we should take the symptom(s) to our doctor to get things under control sooner than later.

I’ve always been one to listen what my body tells me, even if it means being overly cautious. When it comes to health and wellness, I always feel it’s better to be safe than sorry. Sometimes I see people ignoring something big — like rapid unexplained weight loss or chronic headaches — and I want to shake them and tell them that it could mean something bigger. While I’m not aiming to make any of you into a hypochondriac with this article, I hope it serves to point you in the right direction (ahem, in that of your doctor’s office) if any of these points resonate with you. Here are 11 signs your body is out of whack.

If you’re always tired because you’re not getting enough sleep each night, that is one thing. However, if you’re getting plenty of sleep and still always exhausted, that’s quite another thing. Feeling sleepy all the time isn't always due to not getting enough sleep each night. Sometimes, it’s a sign that something is off on the inside. According to the National Health Service (NHS) of England, if you’re always tired it could mean something is wrong, including that you could be suffering from anemia, chronic fatigue syndrome, an underactive thyroid, depression, restless leg syndrome, or several other issues. No matter what, this is a symptom that should not be ignored.

2. Your Periods Are Very Irregular

You might be one to brush irregular periods under the rug — but you shouldn’t. Missing periods, getting extremely heavy ones, getting your period multiple times a month, etc., can be a sign something is wrong. Amy Autry, MD, a clinical professor of obstetrics-gynecology and reproductive sciences at the University of California, San Francisco told EverdayHealth.com, “If you have consistently irregular periods, you should be evaluated for PCOS [polycystic ovary syndrome]. PCOS affects up to 10 percent of women of reproductive age.” The outlet noted irregular periods are also linked with thyroid disorders and other diseases.

Pains in your chest are another sign something bigger is going on inside your body. Likely it should be taken seriously, as chest pains are associated with heart issues, according to WebMD. In extreme scenarios, pain and pressure in the chest could be a sign of a heart attack, the outlet noted. WebMD spoke to Charles Chambers, MD, director of the Cardiac Catheterization Laboratory at Penn State Hershey Heart and Vascular Institute, who explained, “Some people say it's like an elephant is sitting on them. Other people say it's like a pinching or burning.” If the pain is short and brief, it might be something else — but regardless it should be examined by a doctor, according to Chambers.

4. You Skin Has Taken On A Yellowish Tone

Yellowish skin can be visibly alarming, but it can also be alarming in terms of what’s happening in the body in general. For instance, according to LIVESTRONG, one of the early signs of liver problems is skin, and even nails and fingertips, turning a yellowish tone.

5. You Feel Nauseous All The Time

If you’re always nauseous and there isn’t a reason for it (i.e., you believe you might be pregnant, you’re regularly suffering from terrible hangovers, etc.), this could be another sign something wrong is going on inside your body. According to Women’s Health, if the nausea is lasting over three days, take it as a warning. Also, if it’s couple with other symptoms, like a severe headache, abdominal pain, vomiting blood, high fever, blurred vision, and more. Because nausea can mean a whole array of things, the outlet recommended seeing your doctor and discussing all other symptoms (if any) and your health history to get to the bottom of what’s happening.

6. You Libido Is Out The Window

When your hormones in particular are out of whack a lot of things can be affected. One is your libido. Is your sex drive completely gone lately? According to MindBodyGreen.com, roughly 70 percent of libido is hormonal, so your hormones being off could be to blame. High stress is another reason for low sex drive, according to the outlet, so if you think that could be the issue, try to nix excess stress in your life.

Night sweats are not a normal thing (unless your room is especially hot every night), and therefore should not be dismissed as no big deal. Health spoke to Alyssa Dweck, MD, an OB-GYN at the Mount Kisco Medical Group in New York about signs our hormones are out of whack, and cited night sweats as an example. Low estrogen levels and infrequent ovulation can be a reason for night sweats, the outlet said, and these are associated with perimenopause — or early menopause. Dweck told the outlet, “Perimenopause can occur up to 10 years before you’re even near the age of menopause, so unless you’re having major menstrual issues before age 40, there’s a good chance your phantom sweating could actually be early menopause.”

8. You’re Losing A lot Of Weight For No Logical Reason

Oppositely, if the pounds are dropping off for no clear reason, you should take note. Prevention said rapid weight loss that happened without any rhyme or reason is a symptom of various conditions that are quite serious, including depression, dementia, diabetes, hyperthyroidism, and even cancer. The outlet recommended seeing a doctor for sure if you — without trying — lose 5 percent of your body weight within six months to a year.

9. Your Feet Are Swollen

If your feet are swollen from wearing painful shoes all day and night, no need to fret. However, if you’re noticing your feet are regularly swollen and puffy, there very well may be something cooking that you’ll want to address with your doctor. Swelling in your feet and ankles is caused by sodium retention, according to Kidney.org. Why would your body be retaining sodium? It could be due to decreased kidney function, according to Kidney.org. This type of swelling might also be due to issues like liver disease and heart disease, the outlet noted.

10. Your Moods Are All Over The Place

We’re all human, which means sometimes our moods will be a little sporadic. However, if it seems like your moods as so all over the place that you can’t control them whatsoever, this could point to a problem. According to Melissa Conrad Stöppler, MD, who discussed mood swings on MedicineNet.com, mood swings can be associated with an array of conditions, including issues with the thyroid, dementia, attention deficit hyperactivity disorder (ADHD), and perimenopause, to name a few.

Headaches here and there — normal. Severe headaches all the time — not normal. If the latter is happening to you, it could be possible you’re suffering from migraines, among other things, according to Prevention. The outlet suggested seeing a doctor if the headaches are sudden and severe, and are associated with other symptoms including dizziness, numbness, fever, rash, severe nausea, etc. Also, if the headaches are happening following a head injury, this should be examined right away, too, according to Prevention.

As I mentioned at the start of this article, my take has always been that if something feels wrong with my body, it’s worth getting checked out. Now that we’ve gone over some signs your body is out of whack, pay close attention to these happenings with your body, and see your doctor when you deem it necessary.