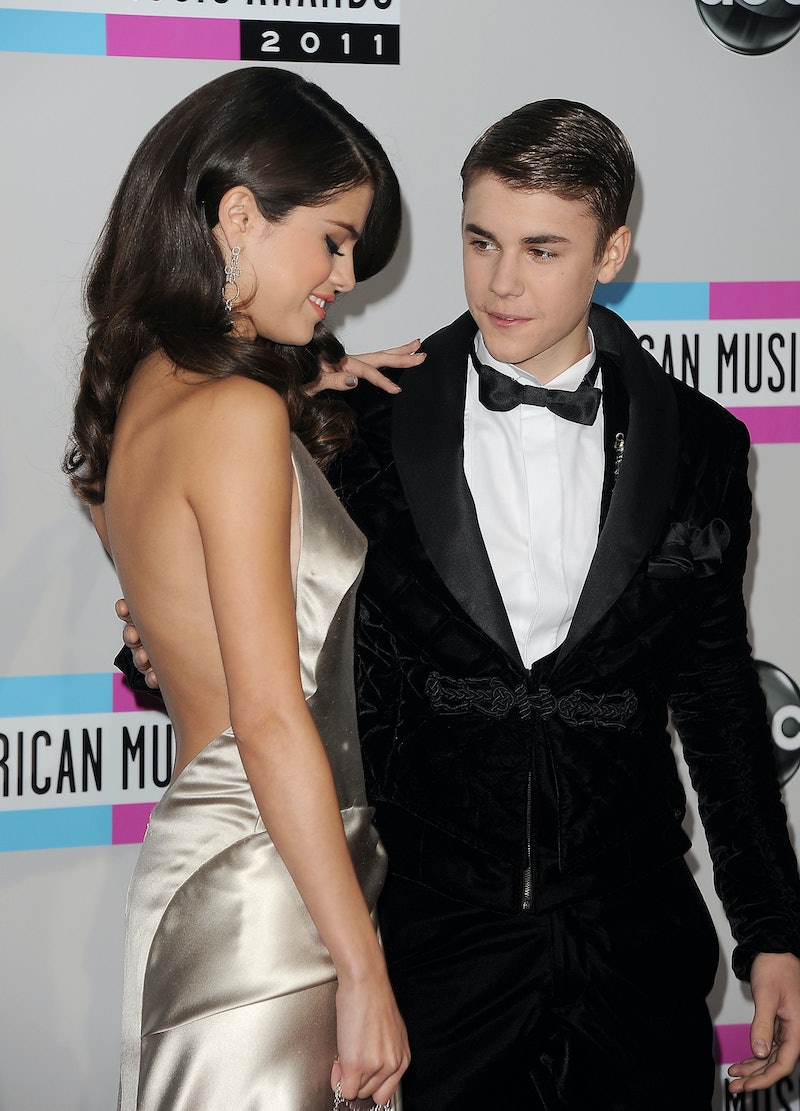 Since its initial release in 2010, Instagram has quickly risen in the social media ranks as one of the most popular apps, reportedly boasting 400 million active users in September 2015, and it's showing no signs of slowing down. While most people are simply happy to reach the coveted 11 likes on a 'gram post (or is this just me? Bueller... Bueller?), many celebrities have thousands, if not millions of followers, double-tapping to send their love to their fave celeb. For a long time, it seemed the Kardashian/Jenner crew held the keys to the Instagram kingdom, with Kim Kardashian having the first reported most-liked Instagram photo, until the title was stolen by her half-sister, Kendall Jenner. Now, someone else has taken that title, and it proves people love a good #TBT moment.

For a bit of background, Kardashian held the first well-publicized Instagram post with the most likes, which was a gorgeous shot from her wedding to Kanye West in 2014. Then, in June 2015, Kardashian was bested by none other than her little sister Kendall Jenner, whose gorgeous Instagram shot of her laying on the ground with heart-shaped hair skyrocketed past 3.5 million likes, proving that hearts in one's hair equals crazy hearts for a post.

Jenner casually held the reins for most-hearted post until now, and the holder of the coveted title is none other than friend to the Kardashian/Jenner family, and rumored hookup buddy of both Kendall and Kourtney, Justin Bieber. Yep, the Biebs has nearly 67 million followers on Instagram, and is a frequent sharer on the app, giving his fans plenty of great photos and videos on the regular... but one particular photo has won the hearts of millions of Beliebers and Jelena shippers alike. The #TBT photo that inched past Jenner's artsy hair shot? Well, it'll probably give you the "feels," as it did Bieber himself.

Bieber and Gomez have been linked on-again and off-again since 2010, and people simply can't get over Jelena as a couple, consistently hoping that rumors of a reconciliation are more than just rumors. Bieber certainly added fuel to the fire in March 2016 by posting the throwback photo of them, which Gomez reportedly promptly "liked." What does it all mean?! Are they or aren't they?

The world may never know, but one thing's for sure: Jelena shippers are still obsessed with them, and the numbers don't lie: the 3.5 million and rising hearts on this photo alone prove that memories of Jelena and the way they were will never die.

More like this
Kendall Jenner & Devin Booker Reportedly Broke Up After 2 Years Of Dating
By Jordyn Tilchen
Kim Kardashian Father’s Day Tribute To Kanye West Called Him “The Best Dad”
By Stephanie Topacio Long
Selena Gomez Is Fine Being Single, But She Still Manifested Romance On 'SNL'
By Martha Sorren, Jake Viswanath and Jack Irvin
Justin & Hailey Bieber's Bond Is "Unbreakable" Amid His Ramsay Hunt Diagnosis
By Bustle Editors
Get Even More From Bustle — Sign Up For The Newsletter