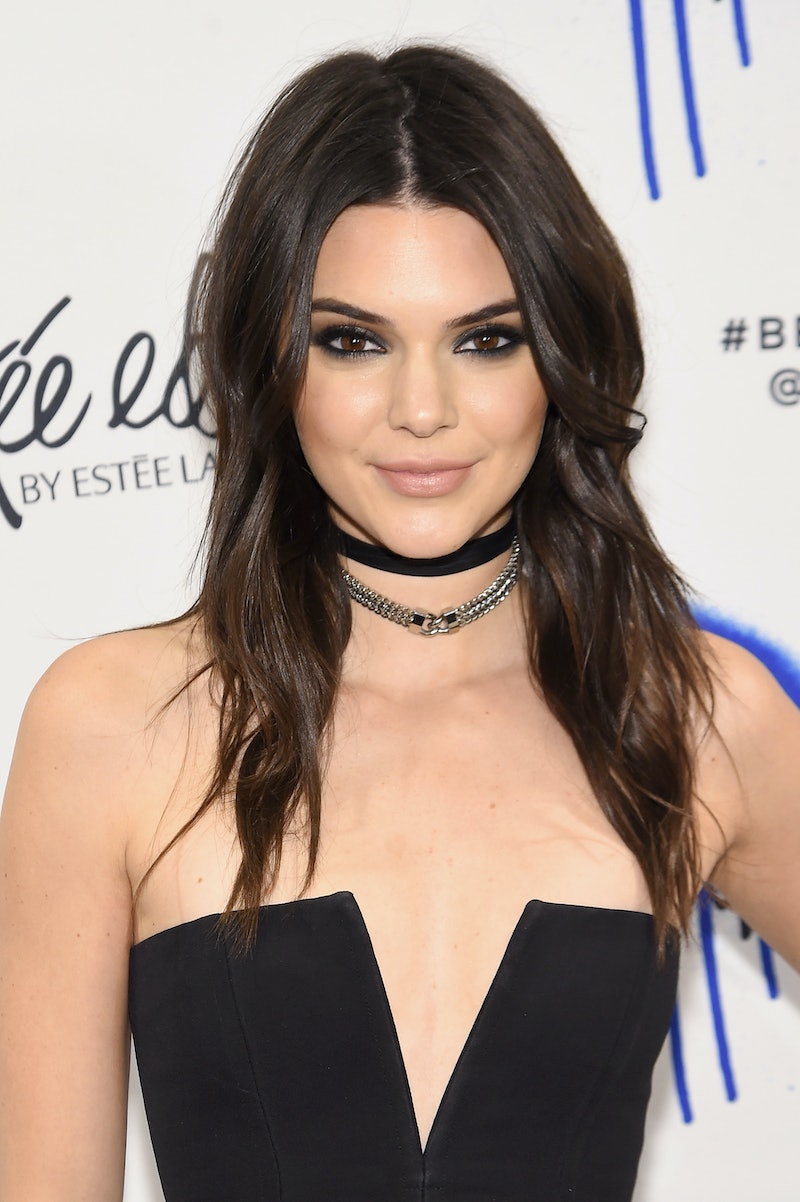 At this point, it goes without saying that the names Kardashian and Jenner are synonymous with social media. So, it's only fitting that in the latest issue of Vogue, Kendall Jenner shared her top social media tips. After all the supermodel is one of the most followed people on Instagram (you know, NBD), and has 68 million followers on Instagram alone.

Each Kardashian-Jenner family member has carved out their own social media empire, from Kim's nude selfie, which sparked an unrelenting debate about slut-shaming (and many other deep issues), to Kylie's Snapchat domination, and Caitlyn's triumphant debut to the world last year, every single thing each member of the family posts to any of their social media accounts is instantly dissected and shared in the news. So it's safe to say that they've learned quite a bit along the way when it comes to having a tight social media game.

With her photo garnering 3.5 million likes, pushing it to the top of Instagram's most-liked photos list, there's no question that Kendall knows her stuff when it comes to social media. Here are some of her best tips that anyone can follow, even if you're simply into sharing photos of your dog for 10 friends to enjoy.

1. First and foremost, don't stress it

Kendall seems to understand that she's an important piece of the social media pie, but doesn't think stressing over what you post on social media is natural or normal. She told Vogue, "It’s so crazy to me 'cause it’s so not real life — to stress out about a social-media thing." At times, it can be easy to forget that social media is supposed to be fun and enjoyable, so it's a good reality check.

Organic usually comes to mind when thinking about the Whole Foods salad you had for lunch or the latest food safety debate, but Kendall insists her best posts come organically, explaining that "It means you can’t totally plan it out." Case in point, Kendall's legendary heart-shaped hair photo came after she had a really bad day, and even she was surprised by the impact. "I was having a bad day. I wasn’t in the flow. I was like, Everyone sucks. That’s when I did my best image. I was lying in bed and messing with it. And I thought, Is this good? And I just posted it, and I remember looking at it right away and having a lot of likes and saying, 'Huh.'" There you have it!

3. Keep your brand streamlined, but know your audience

The 20-year-old said she mainly uses Twitter to further promote her Instagram images, her Facebook account is where she posts things related to her company/clothing line, and Instagram is obviously for all the important moments in both her modeling career and family life. For normal people, this can translate to, say, using Facebook to keep up with friends, while using Twitter to keep connected with brands and important people in your career field.

It's so hard to resist the urge to post about every little happening in our lives, but even Kendall knows that restraint is a good thing, if only to actually live in the moment, not behind a phone. "You don’t want to do too many posts," she said. "And you want to leave them wanting to come back." Spoken like a true social media queen.

OK, so Kendall didn't expressly say this when chatting with Vogue, but it bears repeating anyway because it seems like she's pretty good at it. The world moves so fast, and it can seem so hard to keep up with social media as is, but it's definitely important to have fun with it. Share silly stuff, share stuff you care about, and enjoy what other people post, too. It's all about keeping a balance.

Kendall's insight on the world as a social media superstar is exactly what all of us could use — now, if you'll excuse me, I've got to pick out the best filter for my selfie with my dog, Henry!