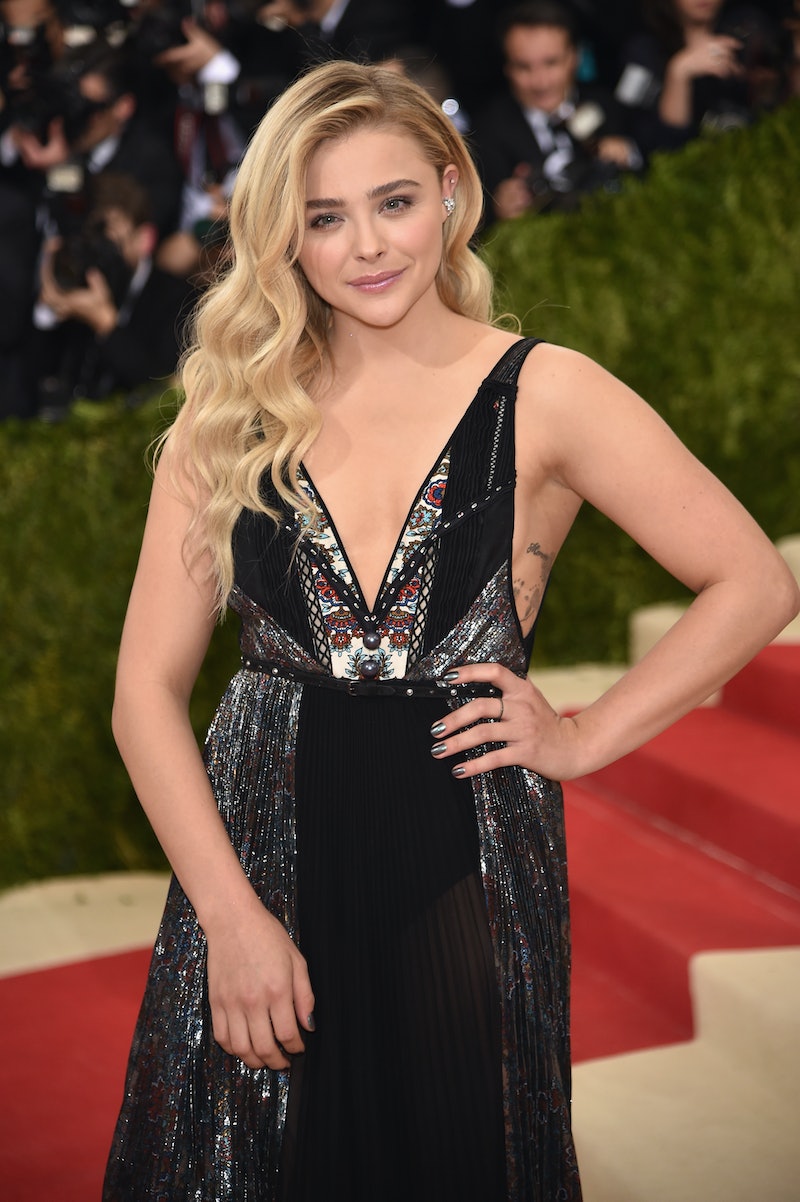 Chloë Grace Moretz may play a sorority sister in the upcoming comedy Neighbors 2 , but don't expect to see her on campus any time soon. Unlike other celebs such as Natalie Portman, Emma Watson, and Jodie Foster, 19-year-old Moretz, who was home schooled starting when she was nine, tells Bustle that she has no plans to leave the acting world behind and head to college for a few years.

"I love education. It's always been a huge part of my life. I've always really prided myself on being a smart young woman," she says, speaking to Bustle while promoting Neighbors 2. "But the problem I have with it right now is that I've made all my own money since I was a kid, and I just really don't agree with our educational system right now, with the fact that I would have to be spending so much of my hard-earned money to go to college to get a higher education."

"To honestly end up resenting the entire experience because I'm paying it back for the next 10 to 15 years..." she continues. "I just feel like right now, it doesn't make any sense to me, until we get some real education reform."

It's commendable that Moretz is so concerned about the intense financial strain that full-time universities place on so many young Americans today, something the star says is "a very big issue right now." Some of the limitations of college were immediately apparent to her when she signed on for Neighbors 2, May 20's sequel to 2014's popular comedy, Moretz says. The film revisits the premise of the original, in which young parents are terrorized by a wild bunch of college kids next door and decide to get even. Only this time, the crazy parties are being thrown by by an edgy, alternative sorority (with Moretz playing a leading member) rather than a Zac Efron-run frat, who live near the couple because on-campus sororities, both in real life and in the movie, typically aren't allowed to have their own parties.

"We were looking into sororities and we found the crazy idea that sororities aren't allowed to throw parties," Moretz explains. "That was totally something I wanted to talk about."

Just like her character in Neighbors 2, Shelby, Moretz says that she feels that the rules surrounding Greek life and college as a whole are often unfair. "The problem with a lot of these institutionalized things [and even] Hollywood and sororities are that these things are run based on tradition, and we tend to fit molds," she says. "Even now, it's like we tend to try and fit the mold of the 'tough girl,' the girl who's trying to be progressive, or a girl who is being forthright... what I've always believed in for my life is to do what you feel is pertinent and do what you feel is relevant."

Yet although Moretz has no plans to attend college anytime soon, she's taking the initiative to educate herself and learn more about the world. "I took it into my own hands once I got out of high school to teach myself and educate myself and learn about things I want to learn about, and travel, and kinda self-educate," she tells Bustle. However, she recognizes that there are some benefits to attending college. Speaking of Neighbors 2, Moretz says that she admires how the movie shows "a part of college that is so realistic, in the sense that you don't know what the hell you're doing and you kind of have this moment where you're like, 'I could reinvent myself and be whoever I want to be.'"

And while "you're learning, you're taking Psych 101 and you're taking gender studies," Moretz continues, "you're just figuring out the moment. You feel so empowered, but then you realize that you don't know anything and you're actually completely out of the loop."

Moretz may not be college-bound herself, but she certainly knows a lot about what it means to be a young adult.