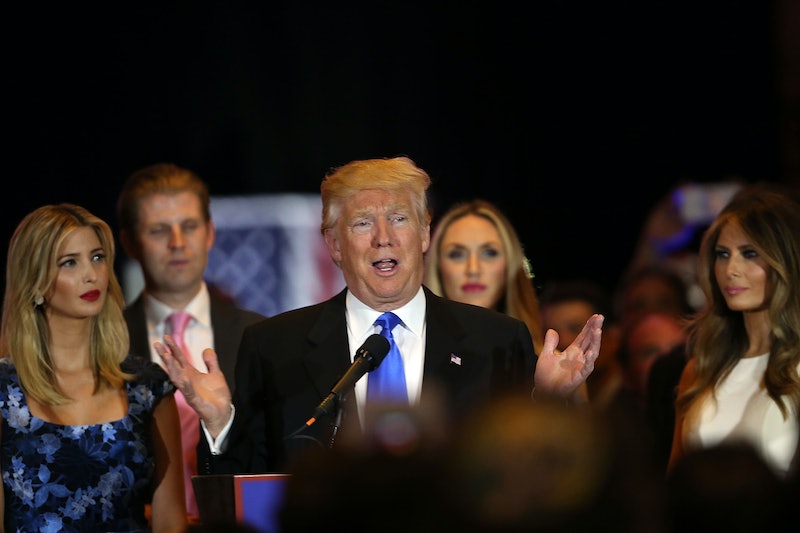 After a very expected, but still somehow shocking 24-hour period of time, Donald Trump has almost certainly secured the Republican presidential nomination. A distressing loss in Indiana forced Ted Cruz's into submission, and John Kasich did not take long to follow suit by suspending his campaign the very next day. However, many conservative voters who do not wish to vote for Trump may wonder whether or not this is the conclusion to months of strenuous and emotionally-draining campaigning. They may also question whether a presumptive presidential nominee can change at the convention. Is this a sure thing for The Donald and Republican voters, or will the plot thicken come Cleveland?

The answer to the latter question is technically yes, but very likely no. Essentially, the Republican establishment could grab the presidential nomination from Mr. Trump, but it would have proven a lot easier had Cruz and Kasich remained in the race, via a contested convention. After Indiana, it looked like Trump was closer than ever to earning that 1,237, which is why Cruz and then Kasich excused themselves from the race. Now that Trump is the last man standing, he still needs to secure the 1,237 delegates in order to officially achieve his victory. Yet, whether he does or does not receive that number by the time July 18 rolls around, his situation may complicate a bit, depending on how exactly the Republican Party wishes to handle their presumptive nominee.

The fact is, that aspirational 1,237 is more of a benchmark than a legally-binding measure. The votes earned during the primary process are actually estimates and are not considered convention votes. The only official votes to nominate a candidate are the votes cast on the convention floor. This is on account of each state's differing process for allocating delegates.

Because some delegates are acquired in winner-take-all primaries or open primaries — and some are not even assigned directly upon popular vote count — and also, because seven states allow candidates to pick their own delegates, the RNC may question some of these delegates' eligibility in how they are voted in. Therefore, their status as delegates might not prove valid. Therefore, the number 1,237 is irrelevant until all of these questions are settled at the Republican National Convention.

However, in this case, since both Cruz and Kasich are now gone from the race (and according to RNC rule 40(b), a candidate must have secured a majority of eight or more states' delegates to achieve nomination consideration), unless the RNC suddenly decides to eliminate that regulation — which would create some uproar — Trump is the effective candidate. Regardless, it's fairly certain that mathematically, Trump will secure the 1,237 and make his way through the convention unchallenged.

In simplifying all of this, he's probably remaining the Republican nominee, so get used to it.

Certainly, time will only reveal how the Republican Party intends to pursue a very likely Trump candidacy, but voters should ready themselves for a lot of internal party backlash, as this is one of the most contentious potential nominations in recent history.