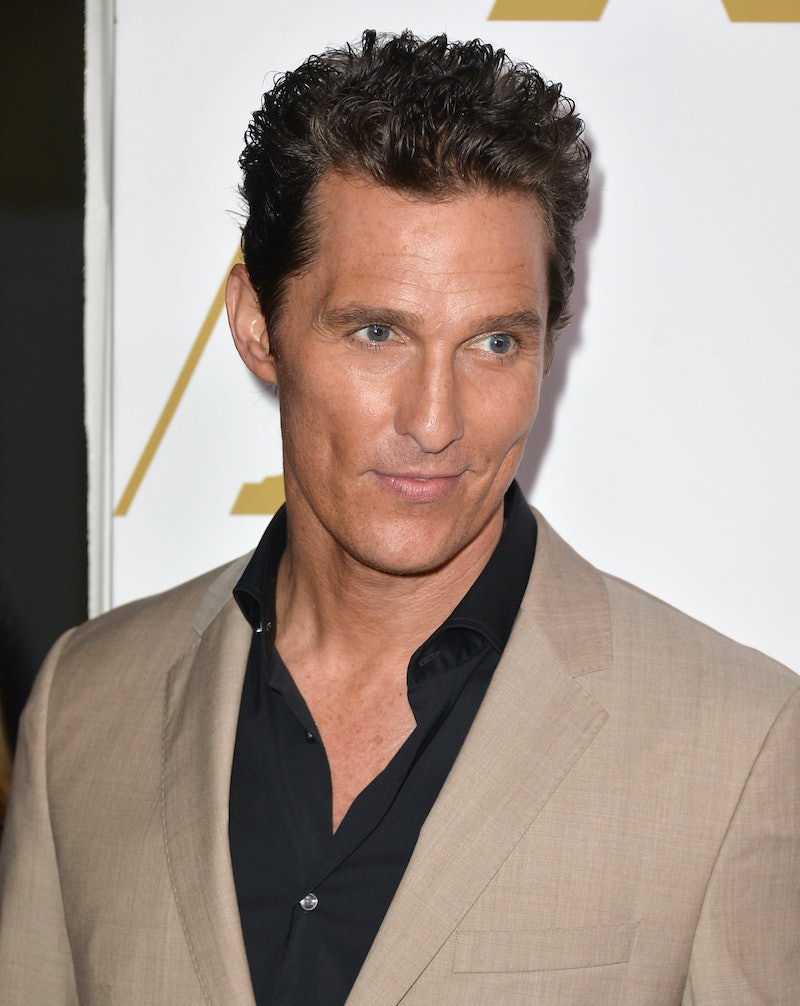 Matthew McConaughey seemingly reinvented his career in 2013. He won a Golden Globe, is nominated for the Best Actor Oscar for Dallas Buyers Club, was in the Oscar-nominated film The Wolf of Wall Street, stars in HBO’s new hit show True Detective, and will soon star in Gus Van Sant's new movie, Sea of Trees. However, Matthew McConaughey told Variety that he's separated himself from the roles he plays to see himself as an actor that he's proud of.

For the next two months, I’m playing the character of Matthew McConaughey, an actor proud of the films he’s been in, says McConaughey. And if any of those films or his performances are in awards shows, he’s going to go, heart high and head up, and look them all in the eye and say, ‘Damn right this is a great time in my career.’ That’s the role I’m in now. I’ve got a lot to be thankful for.

For a long time, McConaughey's devilish grin, drawl, and washboard abs seemed to only garner him playboy roles in rom-coms, like The Wedding Planner, How to Lose a Guy in 10 Days, Failure to Launch, Fools Gold, Magic Mike, and Ghosts of Girlfriends Past. So basically, everything I watched at middle school sleepovers. The actor explained how he made it work every time, and kind of why he moved away from the genre.

It is a hard challenge to make it work, to tell a story you’ve seen time and time again that you know what the ending is going to be, says McConaughey. You have to stay light, you have to keep it moving. You drop anchor in one of those movies, and the whole thing sinks.

Ok Matthew, I agree. Fully and totally. But can you honestly tell us that you didn't bring 110% of your acting A-game to try and woo Andie Anderson in How to Lose a Guy in 10 Days?