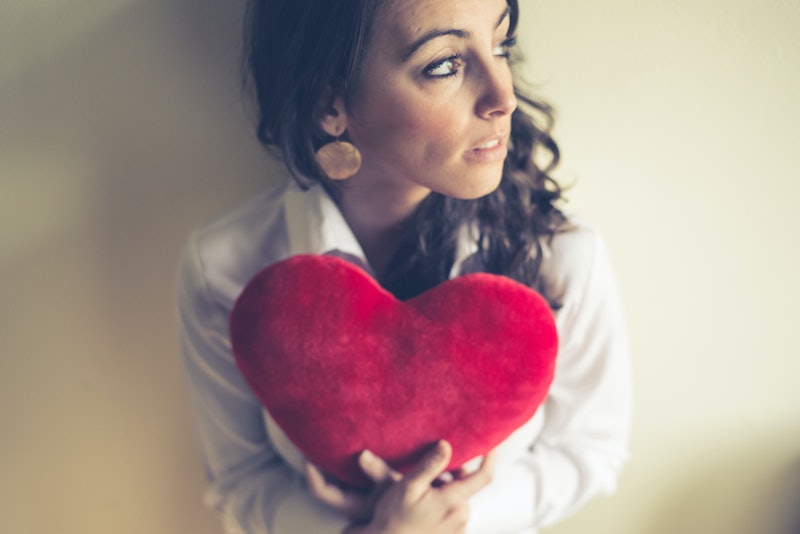 Has the way the inside of someone’s house or apartment looked ever affected your decision to date them? It has for me. I’m a firm believer that your living space reflects a lot about you and I’ve given a couple of guys more credit than they probably deserved just because they had sweet apartments. I was also living in New York City, where nice space is particularly valuable and coveted, but I can’t even act like that was the only reason why. I’m just a sucker for original fittings and working fireplaces, I guess.

I’ve also spent a lot of time pondering how my boyfriend stayed long enough to fall in love with me, mainly because he’s pretty fastidious when it come to cleanliness and I literally lived in a house made of mud when we met. The contrast between our two homes — mine built from mud and recycled materials in an eco-village; his a high rise with white walls and neutral furniture — absolutely highlighted some major differences between us. I guess we were both just intrigued enough by the other to move past those differences and create a home of our own, thank goodness.

But it turns out I’m not the only one who puts a lot of weight on a date’s home. The DIY-services platform Handy teamed up with a Berkeley social and personality psychologist, Dr. Lindsay T. Graham, to conduct a survey about the shade they’re throwing on other people’s domestic spaces — and what they fear people think about theirs. They sent out questions to Handy users in 22 states and found that our homes absolutely play a part in our dating success. Here are four of their key findings.

1. Our Homes Are Reflections Of Our Inner Selves

Eighty percent of the Handy users believed that their homes reflected their personalities. So I guess it’s totally legit to judge a date by their apartment!

Apparently all y’all are moving things around to make yourselves look better for guests. Sixty-three percent of the respondents put out works of art; 60 percent strategically placed books; and 34 percent displayed expensive alcohol in preparation for guests.

But it’s not just about putting the goods on display. Forty-five percent hide prescription medications from prying eyes (I totally look in medicine cabinets, so I get this) and 11 percent hide their teddy bears. (Poor teddy!)

And one stat has me a little concerned. Apparently 34 percent said that they hid photos of ex-lovers before visitors came over. Does that mean just romantic visitors? Why are you still displaying pics of your ex, anyway? Are they really your ex? So many questions.

3. Your House Could Get You Dumped

While only 15 percent of total respondents were willing to admit that they’d broken up with someone because of the appearance of their home, I think that the number would probably be higher if you counted all of the people for whom it was a factor, if not the factor. Also, apparently older folks are less tolerant of messes, because 42 percent of 51 to 55-year-olds said “Buh bye!” to a boo with a nasty home.

Finally, apparently people from Washington, D.C., are the most likely to dump someone for a dirty home, with 29 percent saying it’s a deal-breaker.

If you date women, let this be a warning: 47 percent of women said that no toilet paper was the “worst thing to see in a partner’s house.” And as for the guys, 48 percent are not feeling it when there’s a “general mess.” Noted!