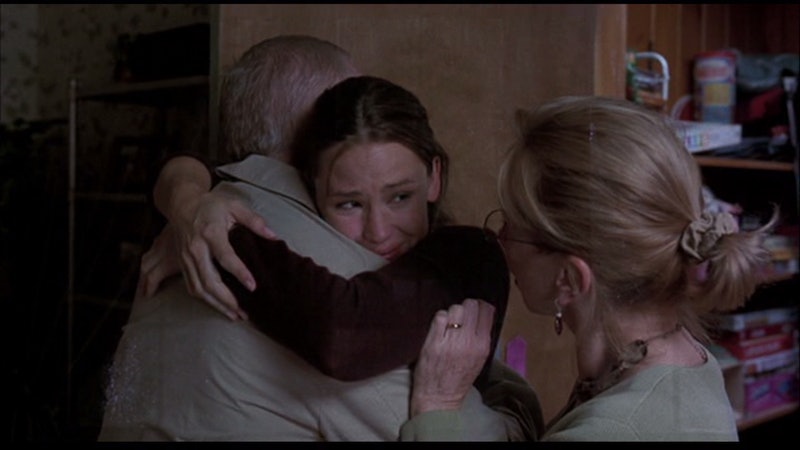 13 Going On 30 isn't a movie about parents and children, and yet the 2004 romantic comedy features one of my favorite onscreen depictions of a mother and daughter. The relationship between Jenna Rink and her mom Beverly is only granted a few minutes of screentime in the nontraditional coming-of-age romantic comedy, but it's one of those quietly powerful elements that makes 13 Going On 30 so much more than a gender-swapped Big. In honor of moms everywhere, I'd like to revisit the grounding partnership of Jenna and her mother and make a case for including this movie in your post-Mother's Day brunch marathon. Wishing dust may be a fantasy, but 13 Going On 30 captures something real about what can be one of the most challenging and profound relationship of a woman's life.

Never has there ever been a teenager who didn't want to speed up puberty, and Jennifer Garner's character Jenna is no different. At the beginning of the film, her younger self prepares for her 13th birthday party, consumed by how much easier and more glamorous her life would be if she had boobs and a boyfriend. Kathy Baker plays Jenna's mom, all gentleness and practicality. "I don't want to be beautiful in my own way," Jenna wails to her mom, gesturing to the pages of her favorite women's magazine. "I want to look like these people." Beverly tries to quiet her daughter's self doubt with a dose of reality: "Those aren't people, honey, those are models."

Do I wish Beverly would have expanded on that statement with a sweeping critique of photoshopping and enforced beauty standards? Yes. But the message is clear: these women who Jenna aspires to be? Looking like they do is their livelihood. Jenna is still figuring out who she is, and she shouldn't be looking to voiceless ciphers to try to work out her identity. That's the philosophy that editor Jenna takes to Poise after she's transported to her adult self: "Let's put life back into the magazine."

One of the most beautiful scenes in 13 Going On 30 occurs when Jenna is beaten down by her adult life. She woke up at 30, just like she thought she wanted, and found that a high school quest for popularity resulted in a shallow existence, the loss of her closest friend, and the alienation of herself from her parents. The young, idealistic Jenna inside worries that she can't fix what her alternate self did. So she does what 13-year-old Jenna would do in any given crisis: consult her mom.

It's made clear that Jenna has written off her suburban family, dodging her mom's calls through her assistant and going to St. Bart's over Christmas instead of to her childhood home. But when she takes the train out to Jersey to a Billy Joel soundtrack, her parents receive her with open arms. They haven't been close for years, but Beverly doesn't reject Jenna. Her mom radar detects that something is very, very wrong, and she just...listens. Over a breakfast of smiley face pancakes, Jenna asks her mom if she ever wished she could go back in time and correct a mistake.

Beverly: Well, Jenna, I know I've made a lot of mistakes, but I've never regretted making any of them.Jenna: How come?Beverly: Because if I hadn't of made them I wouldn't have learned how to make things right.

What 13 On 30 gets right about moms and daughters is that daughters are looking to their moms for guidance, even into adulthood. Beverly takes that seriously. She's a great mom because she puts Jenna's problems ahead of her own hurt, even if past Jenna deserved a much colder shoulder. And that's a display of selflessness that Jenna had to have remembered after she got her own rare second chance at life.