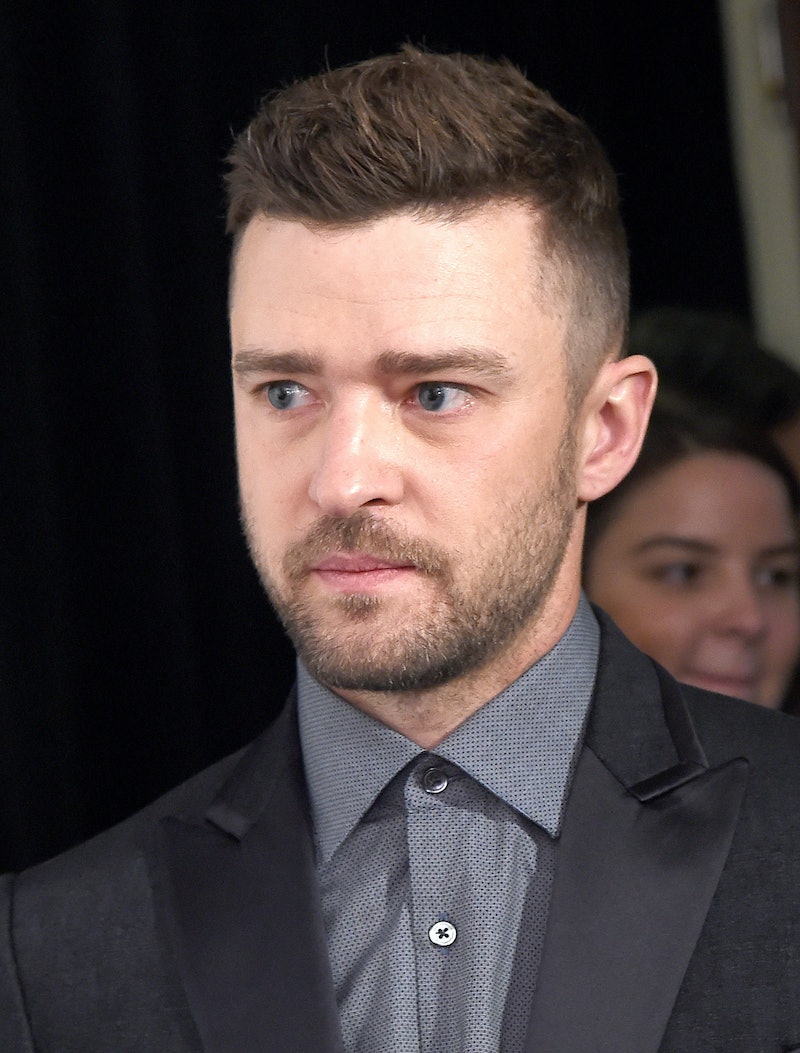 Justin Timberlake fans are in for a treat. The "SexyBack" singer — who hasn't released an album since 2013's The 20/20 Experience — took to Facebook to tease his brand-new single that is on its way as soon as Friday, May 6. Jessica Biel's husband, and a recent father, posted a video teaser titled, "CAN'T STOP THE FEELING First Listen Preview" to Facebook. While it's unclear if "Can't Stop The Feeling" will be the only song released Friday, or if it's just one piece of an entire surprised album drop (Beyoncé-style), he did say, "This will be the song. This is coming out May 6," in the 15 second clip.

The seven second beat that then plays in the video, a beat that clearly belongs to the "Can't Stop The Feeling" track. However, aside from taking note of the uplifting and smooth rhythm, at this point no lyrics or singing takes place for anyone to make any further judgement on. I guess, in that case, we'll just have to wait for the rest of the song's release. But what fans can pick up on from the video is that this song seems to be one big collaborative effort. While no clearly recognizable faces are seen in the recording studio, Timberlake sure has one powerful team behind him.

Just take a look at the full clip for yourself to see what I'm talking about.

While this may be the first musical teaser, over the past week or so Timberlake has also dropped other hints in relation to his new music. Plus, there are some other familiar voices we may be hearing on his overall album. Just six weeks ago, the singer-turned-actor teased, "NBD... Just writing with @littlebigtown This band is the truth!! So good!!!!" He also teased the fact that he's been hanging in the studio with Pharrell Williams in a subtle birthday post just two weeks later. Needless to say, I'm pretty sure we can expect a whole lot of surprises — and possibly a fairly new sound — from Timberlake in the coming weeks.

Until then, "Can't Stop The Feeling" sounds like the Timberlake we've been missing for the past three years. Thankfully, we don't have to wait much longer.