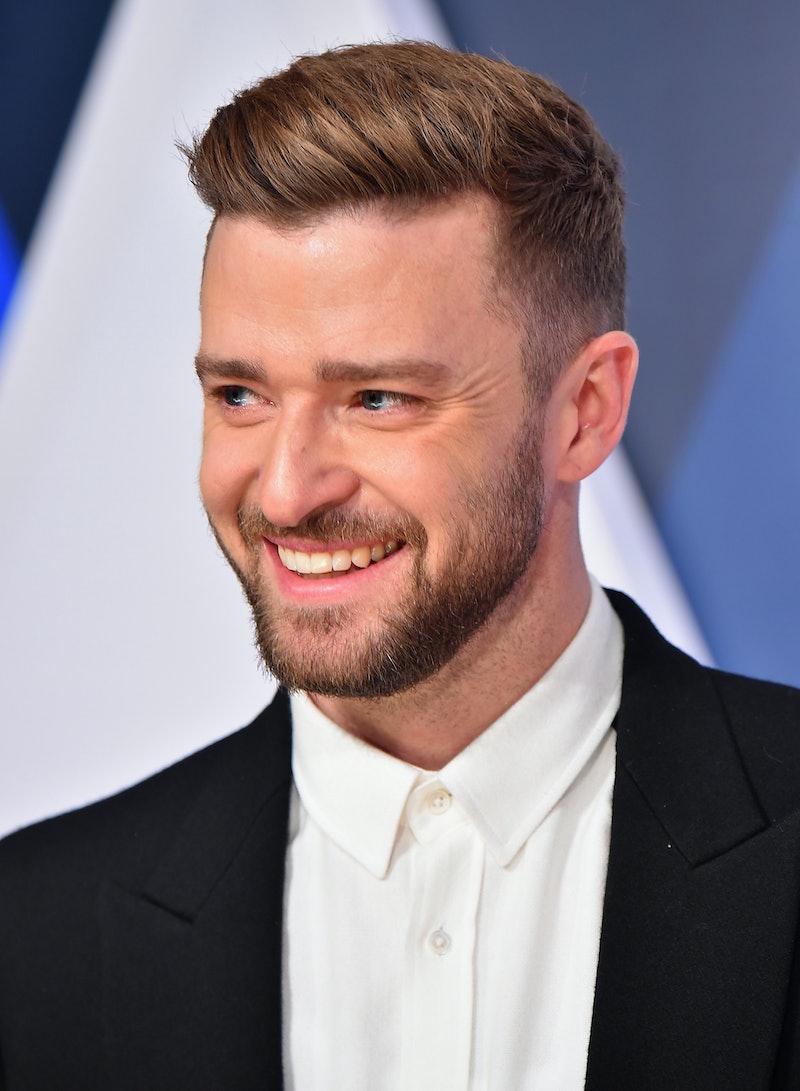 Ever since his *NSYNC days, Justin Timberlake has been successful. From his solo career to his acting roles, this guy is constantly keeping busy and taking on new projects. He recently added another title to his ever-growing résumé: Dad. Back in April, Timberlake's wife Jessica Biel gave birth to the couple's first child together, Silas Randall. Unsurprisingly, Silas is one of the cutest babies I've ever seen. Acknowledging the "Mirrors" singer's recent transition into fatherhood, People magazine awarded Justin Timberlake the title of Sexiest New Dad. To be honest, I didn't even know that was a category, but it's definitely well-deserved. Timberlake takes his new roles as a dad super seriously, and let's be real: There's a reason he had a song about "bringing sexy back." The guy is good-looking.

Acknowledging this new honor, JT told People magazine, "I've never slept less and dealt with more poop, and been SO excited about it!" What a great attitude, huh? While there's no doubt that Justin Timberlake deserved this new title, that doesn't mean he didn't have some serious competition, including this year's Sexiest Man Alive winner, David Beckham. Sure, Beckham isn't necessarily a "new" dad, but with four kids, being a father is one of his major roles. He, too, prides himself on taking care of his kids. Remember when he got a tattoo in his daughter Harper's honor?

Not to take away from Timberlake's spotlight, but here's a list of other new dads who deserve some acknowledgment as well. In my book, they're all this year's Sexiest New Dads. If only the title could be extended to include the whole group, huh?

Ryan Gosling and Eva Mendes's daughter Esmeralda was born last fall. Then in March, Gosling even etched Esme's name on his fingers as a temporary tribute. Sure, his baby was born last year, but he's still a new enough dad to get some acknowledgment.

Similarly to the other Ryan, Ryan Reynolds became a dad at some point at the end of last year. However, he and his wife Blake Lively kept things under wraps and didn't announce their daughter James's birth until January.

Along with wife Mila Kunis, Ashton Kutcher welcomed daughter Wyatt into the world last October. Since then, he's been great about encouraging people to respect his baby's privacy and not sharing photos. Although Kutcher has a history of being goofy, he clearly takes his role as a parent seriously.

The Jane The Virgin actor doesn't just play a dad on TV. Justin Baldoni's wife Emily gave birth to their daughter Maiya in June and he is always posting super-cute Instagrams of the new baby. Looks like Rafael isn't the only great dad!

In May, the second Royal Baby, Charolette Elizabeth Diana, was born. Once again, Prince William and Kate Middleton became parents.

Back in June, Ludacris and his wife Eudoxie Mbouguiengue had a daughter together. They announced the exciting news in March with a sweet announcement. This is Luda's third child, but his first with Eodoxie.

Seth Cohen and Blair Waldorf — I mean Adam Brody and Leighton Meester — welcomed their first child together in September.

With his outspoken views on feminism, JGL is bound to be a great father. The actor and his wife Tasha McCauley had a son in August, although the couple really kept things underwraps and hadn't announced the pregnancy publicly beforehand.

In June, Benedict Cumberbatch and his wife Sophie Hunter became new parents. It doesn't take Sherlock Holmes to figure out that Cumberbatch belongs on this list.

Overall, it looks like 2015 was quite a year for fatherhood. Congrats to all of these new dads!