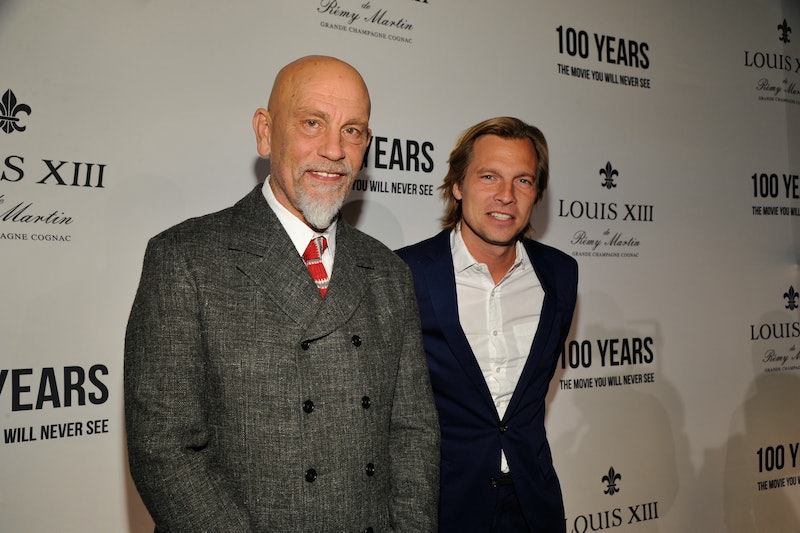 Every year Cannes Film Festival debuts a myriad of strange films that try to push the boundaries of cinematography. After all, we've been making movies for ballpark a century now, there's only so many ways to reinvent the wheel. But now, magically, Robert Rodriguez and John Malkovich are delivering something so fresh and new that we literally won't see it for another century into the future. Starring Malkovich and directed by Rodriguez, 100 Years: The Movie You Will Never See is debuting at Cannes this year, and that isn't just a coy title. The film isn't going to be formally released for another 100 years, which only mildly infuriating.

OK, I understand you might be confused by this information. After all, if nobody is seeing this film, how is it debuting, exactly? Oh, you know, in a safe. The film is going to make a press tour that includes stops in Los Angeles, Tokyo, Hong Kong, London, and New York, all-the-while locked up and unseen by human eyes. Then it's going to be locked up Cognac, France, and kept in the cellars of Louis XIII cognac in a safe designed to not open until November 18, 2115. So wait, that's actually 99 years! Totally manageable.

Just kidding, friends, barring significant medical advancements we will all be very, very dead by then. Maybe if I can stop eating cupcakes for breakfast I can make it to 125, but that is a hard maybe. Essentially, this entire film is constructed to be an arrogant tease to anyone living in these modern times. It's the movie equivalent of that girl from your high school that posts "Send good energy! I have some big things coming up this week! ;)" as her Facebook status and then never follows up on what those things are. Like, normally you don't even care what Ashley is up to, she was a third tier 11th grade friend at best, but now that she put it out there you're annoyed you don't know.

Well, what do we know about this film? Apparently 100 Years is about what our world will be like — wait for it — 100 years in the future. Therefore the people watching it will probably get a kick out of how inaccurately their world is portrayed. I mean, I think it's fair to say that the way Back to the Future II imagined 2015 was far from perfect, and it's only been a little less than 30 years since that film. I anticipate a lot of 2115 lolz-ing at fake, imagined 2115, which makes me feel a little better about the situation. And that's even if anyone's going to be able to watch this; what if the film is kept on a Blu-Ray, and in a post-apocalyptic 2115 those are basically the era's laser disc? Then it'll literally become the movie no one will ever see.

In spite of our deep FOMO, this definitely sounds like a cool concept, and we have to admire everyone's commitment to keeping it locked up. Perhaps if we're promise to stay really healthy we can catch a glimpse of the teaser trailer around 2113... better start cutting down on the cupcakes now.