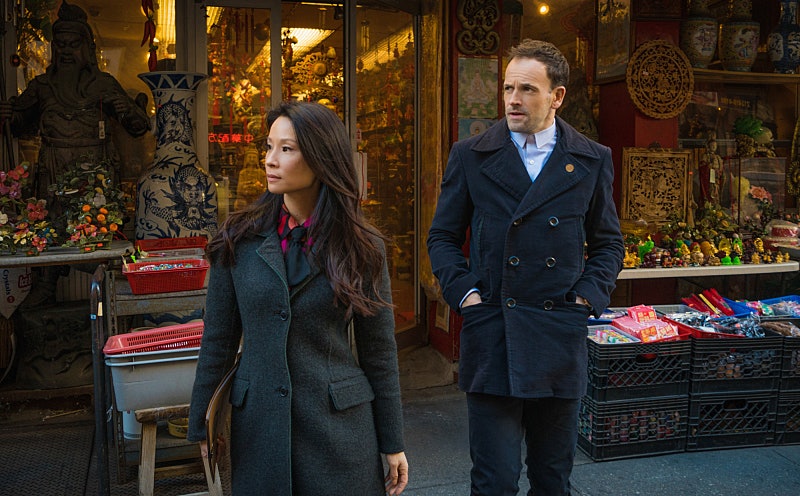 Sunday night, Elementary will air the finale of its fourth season. The modern adaptation of Sherlock Holmes has sustained for quite a while. When is Elementary coming back? The series has already been renewed for Season 5, so how long are we going to have to wait?

CBS has not yet announced its fall premieres dates, and until they do, there's no way of knowing when exactly Elementary Season 5 will premiere. Both Season 1 and Season 2 premiered in September, but later seasons have waited it out a little longer. Season 3 premiered in October and Season 4 didn't start until November. So I could see Elementary holding on to the Season 5 premiere until later in the year or not. It depends on the rest of their programming and how they want to build the schedule. The only thing I know for certain is that it will be at least about four months until the show returns.

However, don't fret! There are plenty of other shows that can fill the hiatus, whether your favorite thing about Elementary is the mysteries, the literary appeal, or the chemistry and dynamic between its two lead characters. Here are some options.

Ichabod and Abbie have a similar dynamic to Sherlock and Joan (I think Sleepy Hollow has more 'shipping potential, but we don't need to get into that fight.)

This procedural has also been renewed for Season 2, so this is the perfect time to catch up!

While this is not a mystery series, USA and CBS dramas have a similar energy to me.

Remember when House was a big deal? This medical procedural is also a Sherlock Holmes adaptation — Dr. House has similar observational skills, he lives at 221b, houses are homes, and Wilson is Watson.

If you are into Elementary as a die-hard Sherlock Holmes fan, than why not this series. It takes a lot of characters from 19th century fiction and mashes them together.

Hear me out — if you haven't watched Outlander, you simply must. I know for sure that Elementary fans will love Claire, a doctor just like Joan who finds herself in unfamiliar circumstances.

Why not swap out one tried and true procedural pairing for another?

8. How To Get Away With Murder

This show structures its murder mysteries in different, interesting way.

While I'm more of a Game of Thrones and The Leftovers girl when it comes to my summer HBO shows, if you like mysteries and are craving Elementary, now might finally be the time to stop pretending you've seen True Detective and do the dang thing. See? There are plenty of ways to keep yourself occupied and your brain buzzing before Elementary comes back in, fingers crossed, the fall.