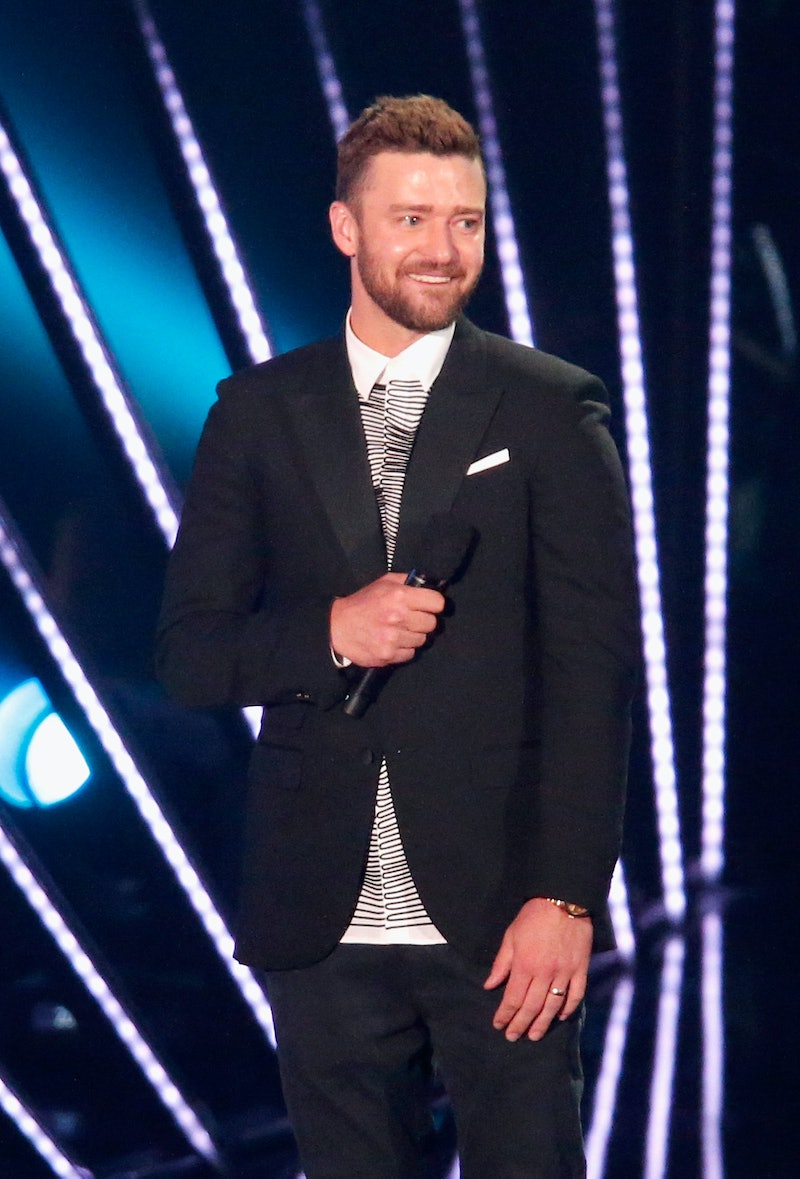 Praise be! The official mascot of April 30 will bless us with a new song before this work week draws to a close. (It’s gonna be May? More like it’s gonna be a-May-zing, am I right?) (Uff da. Go ahead and toss me out with this week's trash.) Wednesday, multi hyphenate Justin Timberlake announced on Twitter that he will release new song “Can’t Stop The Feeling” on Friday. The single, which was reportedly penned by industry stalwart Max Martin (J.T. and M.M. together again? Be still my pop music-loving heart!), is the former *NSYNCer’s first song since 2013’s The 20/20 Experience. Now, this song is presumably an early offering from the Timberlake-produced Trolls soundtrack, but what if it's something else? What if it's off of a to-be-released J.T. record? Will Justin Timberlake release a new solo album at some point in the near future?

Update: On May 6, following the release of "Can't Stop The Feeling," Timberlake told Carson Daly on his morning show (via Rolling Stone) that he's "definitely working on a new album." The downside is, of course, that he also said, "I don't know exactly when I'm going to put it out."

Earlier: Oh, boy. Ohhhh, boy. *Grabs paper bag* *takes 15 deep breaths* *tells self to chill out because nothing is confirmed and it's never wise to get ahead of oneself.*

Now that I've calmed down, let us look at the evidence. Thursday, Timberlake shared a sneak preview of “Can’t Stop The Feeling” on Instagram. And in said ‘gram, we see what looks like a Troll doll’s hair:

Before we drop our fifth album dreams completely, it's worth noting that Timberlake has been cooking up a mysterious batch of new songs. Back in April, Timberlake appeared on OTHERtone, the Beats 1 radio show hosted by Pharrell Williams and Scott Vener. When fellow episode guest Tyler Creator asked Timberlake to share some details about the music he's been working on, the “Like I Love You” singer kept his cards close to his vest:

It's so in its infancy right now that I couldn't say. And plus, I don’t want to talk about that sh*t right now … Just because, there may be a longer length of time that this stuff that we're working on right now, and then when it comes out it may turn into something completely different.

Not even a morsel of a clue. Tearin' up my heart with that answer, J.T.

However, according to E! Online, Timberlake is slated to unleash an album “sometime soon.” And I want to believe! A new J.T. album is all I've ever wanted. It's all I've ever needed. So tell me what to do now when I want J.T. back on the music charts and on the radio stations and on whatever music video TV shows still exist.

And yes, that *NSYNC song was co-written by one Max Martin. Don't mind me as I get in the "Can't Stop The Feeling" spirit.

More like this
Beyoncé Delivers “Soaring Vocals” On New Album “Renaissance”
By El Hunt
Everything To Know About J-Hope From BTS’ Solo Album ‘Jack In The Box’
By Stephanie Topacio Long
Will Beyoncé Be At The BET Awards To Perform “Break My Soul” Or Attend The Show?
By Jake Viswanath
Photos Of The 'Elvis' Cast vs. Their IRL Counterparts Will Have You All Shook Up
By Grace Wehniainen
Get Even More From Bustle — Sign Up For The Newsletter