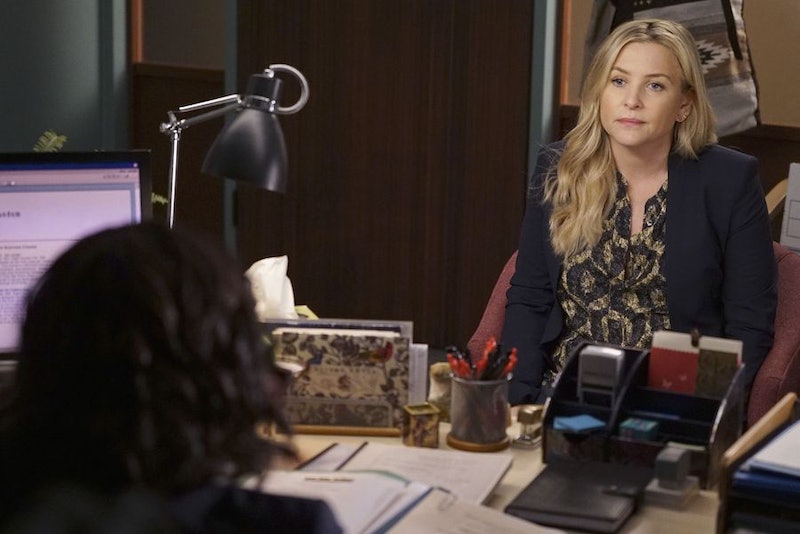 It’s pretty easy to be shocked by a development on Grey’s Anatomy, but believe me when I say that I am pretty flabbergasted about the resolution of the Grey’s Anatomy Callie Torres/Arizona Robbins custody battle plot. Even though Callie really let her lawyers rake Arizona over the coals when they were in court, Arizona emerged victorious in the custody battle over Sofia, even though she is not biologically Sofia’s mother. Is that what you thought would happen, too?

Callie’s lawyers really tried to burn Arizona at the stake when she was testifying for custody. They insinuated she skipped out on watching her daughter to go out, that she chose work over Sofia consistently, and that she dropped her daughter off at other people’s homes every chance she got. Eventually, Arizona had had enough, and she declared that she was Sofia’s mother no matter what (she did legally adopt the girl). Sofia would always have a mother, she said, but there were people at the hospital right now that could lose their children if Arizona weren’t there. And she split. Apparently, the judge liked this King Solomon-esque behavior — because a mother who loved her child wouldn’t ask for her to be cut in two — and awarded sole custody to Arizona.

Needless to say, Callie is beyond crushed. She, like me, never thought that this could happen. Even though she painted this picture of Arizona as an awful parent, it really came back to bite her. Even Penny, who claims to know Sofia well (even though I don’t think she does) couldn’t help her. While this is great for Sofia to have a home in one place and Arizona for not being punished for having both a job and a kid, I can’t imagine how long Callie will stay on Grey’s Anatomy or at least at Grey Sloan without her kid. How could she face Arizona every day? Callie is on a one-way trip to New York, and she’s going soon.