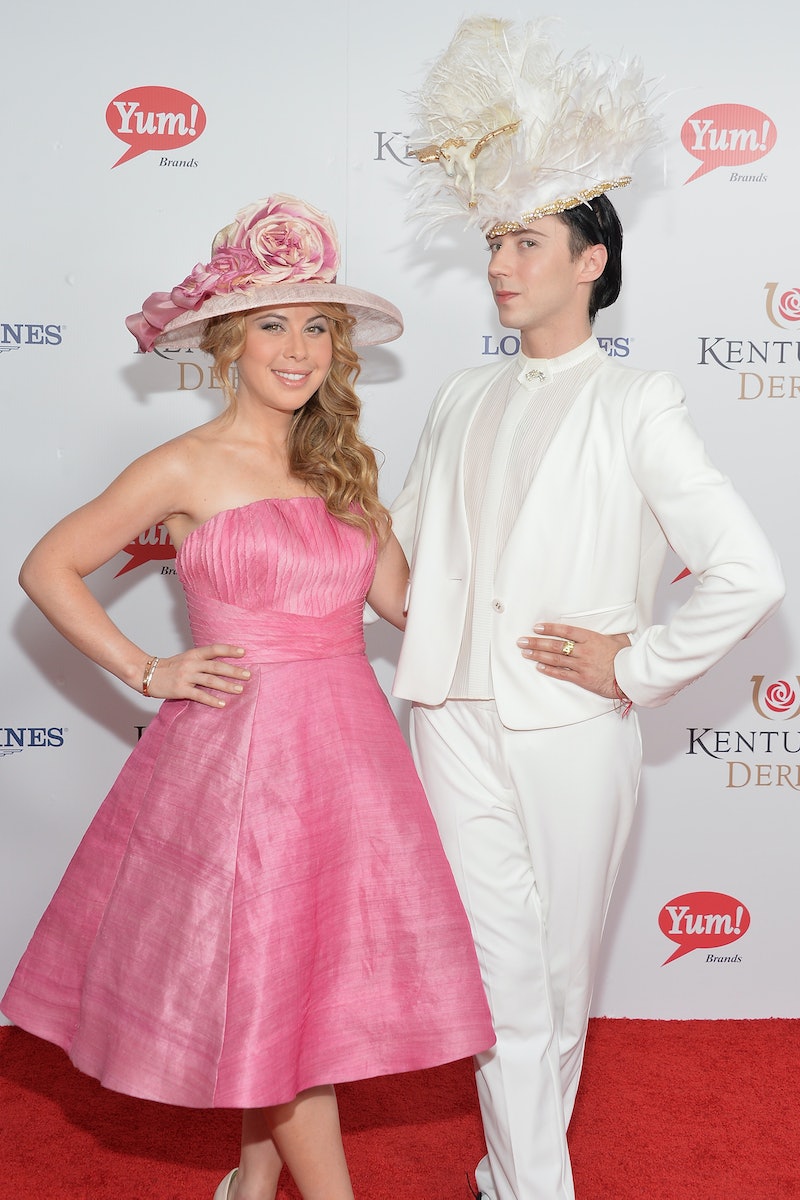 You can't attend the Kentucky Derby without going to at least one party. And even if you don't go to the actual event, I have a feeling there are many people who throw their own Derby-themed parties. I mean, who doesn't want to throw on a huge, fancy hat and sip mint juleps? In Louisville, Kentucky, there are a lot of celebrity Kentucky Derby parties so famous visitors can celebrate the legendary horse race in style.

You can't have a huge event without going super big, right? When celebrities are busy picking out the perfect attire to attend the race, placing bets, or trying to score the best mint julep in town, you can probably find them at one of the many parties thrown throughout the weekend. That's right, the Kentucky Derby takes place all weekend. One day just wouldn't suffice.

If you just happen to be at or around Churchill Downs or are planning to attend the Derby at some point in your life, there are several Kentucky Derby parties that you need to know about.

Below are the so-called top parties that take place throughout the weekend. And these are the ones celebs also attend, so take note.

Held at the Kentucky Derby Museum at Churchill Downs, the Fillies & Lilies party is about having a good time and giving back. The 2016 party will benefit the Thoroughbred Aftercare Alliance with a portion of the event's ticket sales going to the organization, which provides quality care to retired Thoroughbreds. At the 4th annual Fillies & Lilies party, country singer Vince Gill will also perform.

Yes, even Spencer Pratt and Heidi Montag have attended the Barnstable Brown Gala, which will see the likes of Boyz II Men, Stephen Amell, Taylor Kinney, Aaron Rodgers, Gayle King, and Kid Rock, among many others, at the 2016 event, according to WDRB. Over the past nine years, the event has raised and donated around over $11.2 million to the Barnstable Brown Diabetes and Obesity Research Center at the University of Kentucky, per WDRB.

The Unbridled Eve Gala includes a cocktail reception, dinner, dancing, live musical performances, and a silent auction. Per the official website, a portion of the black-tie optional party's proceeds are donated to a handful of causes, like Blessings in a Backpack, which fights childhood hunger. According to WDRB, the 2016 event has a slew of celebs coming, including Robin Thicke, Ashley Greene, Mira Sorvino, and 50 Cent. No word yet if The Hills' Lauren Conrad will attend again.

Many celebrities usually attend the Fillies & Stallions party. According to WDRB, the 2016 event will see part of the Vanderpump Rules cast (Jax Taylor, Tom Sandoval, and Ariana Madix), Joey Fatone, Bob Guiney, and Dancing With the Stars' Kym Johnson, among many other famous faces. It is all about entertaining guests and celebs. You know it means business, since it does have a 40-foot red carpet.

5. The Taste Of Derby

Not only does the Taste of Derby provide the opportunity to "mingle with horse racing celebrities," all while drinking wine, eating what I assume is top-notch food, and enjoying live music, but it also raises funds and awareness for hunger relief organizations. Per the official Taste of Derby website, to date, the event has donated over $235,000 to such organizations, including Dare to Care Food Bank located in Louisville.

Finally, there is the Winner's Party, which is pretty self-explanatory. It is held at the Kentucky Derby Museum following the big race. What makes this event so special is guests can watch the crowning of the winner of the Kentucky Derby and party alongside the winning jockey, trainers, and owners.

What better way to celebrate Derby weekend than by mingling with celebs, drinking lots of mint juleps and champagne, and giving back to worthy causes?