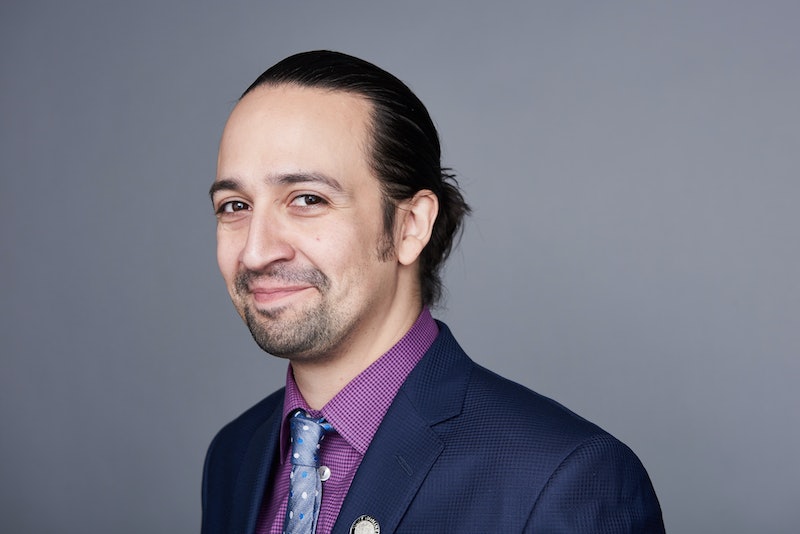 Lin-Manuel Miranda, star and creator of the legendary Broadway show Hamilton, has just about everything. He recently won a Pulitzer Prize, earned the most Tony nominations of all time for Hamilton, clocking in at 16, and he has famous fans that include none other than the President of the United States himself. He's also a certified genius, winning the MacArthur Grant in 2015 for creating the historical, ground-breaking musical about young Ham. But there's one thing that he does not have, and it's heartbreaking: Lin-Manuel Miranda doesn't have a Snapchat account. But can you blame him? There are only 24 hours in a day, and social media is tough when you're running one of the biggest Broadway shows ever.

Don't be too bummed out, though. If you don't already know, the young, scrappy, and hungry Miranda is one of the best users on Twitter. Not only does the 36-year-old have over 400 thousand followers, but he loves, loves, loves to engage with fans and followers on Twitter, and posts tons of opportunities to win those unattainable Hamilton tickets (the difficulty of getting into the show has become its own joke, except the pain is very, very real). Miranda tweeted back in October that he had Snapchat for a brief moment in time, but then deleted it:

He's only a man, after all! Miranda also retweets his cast members, posts selfies he takes with fans, famous or not, and gives followers a look at behind-the-scenes photos and videos of the Broadway show, which is the closest most people will ever get to seeing Hamilton.

And of course, it's not all about Hamilton. Miranda uses his huge platform to talk about race, education, and his family.

Miranda uses Twitter and Facebook almost constantly, and it's really helped build up the hype around the Broadway show. Besides not having Snapchat, Miranda also doesn't have an Instagram account (gasp), but that doesn't mean he's not on your feed. In fact, Hamilton is its own social media success, especially because celebrities that can't get enough of the show and are among the elite that have seen it love to promote it on their own feeds.

Even though Miranda himself doesn't have a personal Snapchat account, the musical itself has a Snapchat. You can follow them at @HamiltonMusical.

Even if you're not a regular Twitter user, Miranda's feed is worth following. He's diligent with his show updates, life updates, has a general wonderful attitude, talent, and humility, and plenty of great photos — including incredible selfies.