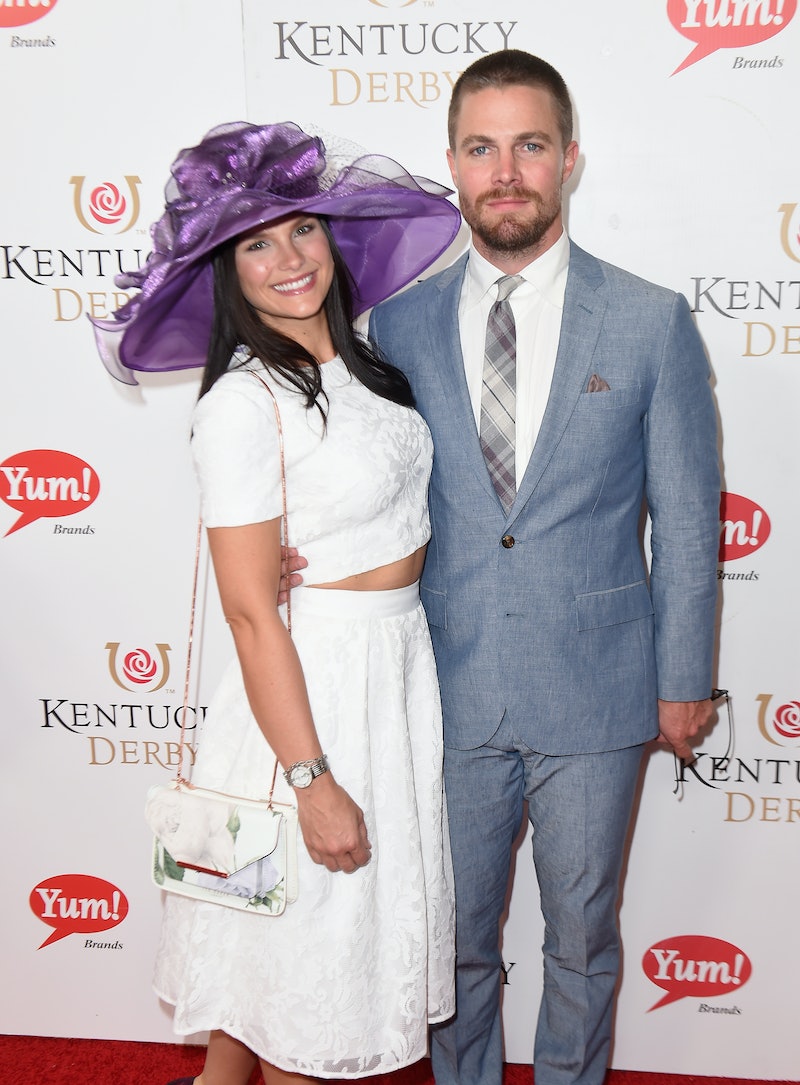 I'm not typically what you'd call a sports fan, but one sporting event that I can throw my weight behind is the Kentucky Derby. And you know who's with me on that? Famous people. As the craziest celebrity 2016 Kentucky Derby appearances prove, this is a weekend with something for everybody. I mean what's not to love? We're talking about a day that celebrates horses and ostentatious headwear, has its own traditional beverage — can I offer anyone a mint julep? — and is over in a matter of minutes. The race itself is only a mile and a quarter, so it takes about two minutes to run, and then you're in all your fancy finery with the whole day ahead of you to spend however you like. Nothing but love for a celebrity who's about that life.

And quite a few of them proved they were game this weekend, rolling out to the 142nd Kentucky Derby on Saturday, May 7 to strut around like A-List peacocks, in the best possible sense. Like the Met Ball, this is an incredibly specific event, a chance to go all-out in a way that people will remember for years. I mean, we're still talking about what Kim Kardashian wore to the 2009 Kentucky Derby. That hat was a real game-changer. But, based on this year's turnout, no one was willing to let Kardashian have the final word; here are the TK craziest celebrity appearances at the 2016 Kentucky Derby. (Not counting the horse Suddenbreakingnews, of course, who leaps straight to the A-List with a name like that.)

You might think it is weird for former *NSYNC member Joey Fatone to make his way to the Derby, but Fatone loves the races. So much so, he has now been to 16 of them. You read that right: Fatone has been to the Kentucky Derby 16 times. See? This is why you don't pigeonhole former boy band members.

Romy is hitting the Derby without Michelle (come on, Lisa Kudrow, show up and give '90s movie fans the reunion their hearts need). Sorvino and her actor husband Christopher Backus are all dressed up in their Derby finest and giving you all of the '90s feels.

No Mark, but at least part of the Wahlburg family is getting their Derby on.

Rumor has it the entire band is at the Derby, but they have yet to all show up in one place...

Breaking Bad's Hank Schrader lives, and he is ready for a day of Mint Julep drinking and horse racing at Churchill Downs.

I can't be positive, but I suspect Miss America is contractually obligated to appear at the Kentucky Derby. It is an American institution after all.

Model turned actress — you know you saw The Layover — Upton isn't just at the Derby, she is getting her horse whisperer on with one of the horses.

Everyone can relax, there is a superhero at the races. Amell, aka Arrow, even got to hold the trophy, because those are the perks you get when you save the world on the regular.

Grenier has a new entourage now that his HBO days are over. (It's OK if you still miss Turtle though. You are not alone.)

Duhamel officially wins the most dapper man award. Look at that suit and flawless hair. He is totally going to upstage the horses.

Bam! Celebrity chef Lagasse brought a whole crew with him to the Derby, and they look like they are having a blast. The real question is will Lagasse be cooking for them all after the race?

Two news anchors walk into a Derby, and they both bet a lot of money on horses.

Another Kentucky Derby, another year of wonderfully random celebrities in attendance. It just goes to show that the Derby truly is the great equalizer. From boy band favorites to superheroes, everyone loves crazy hats, mint juleps, and gorgeous horses racing for roughly two minutes.