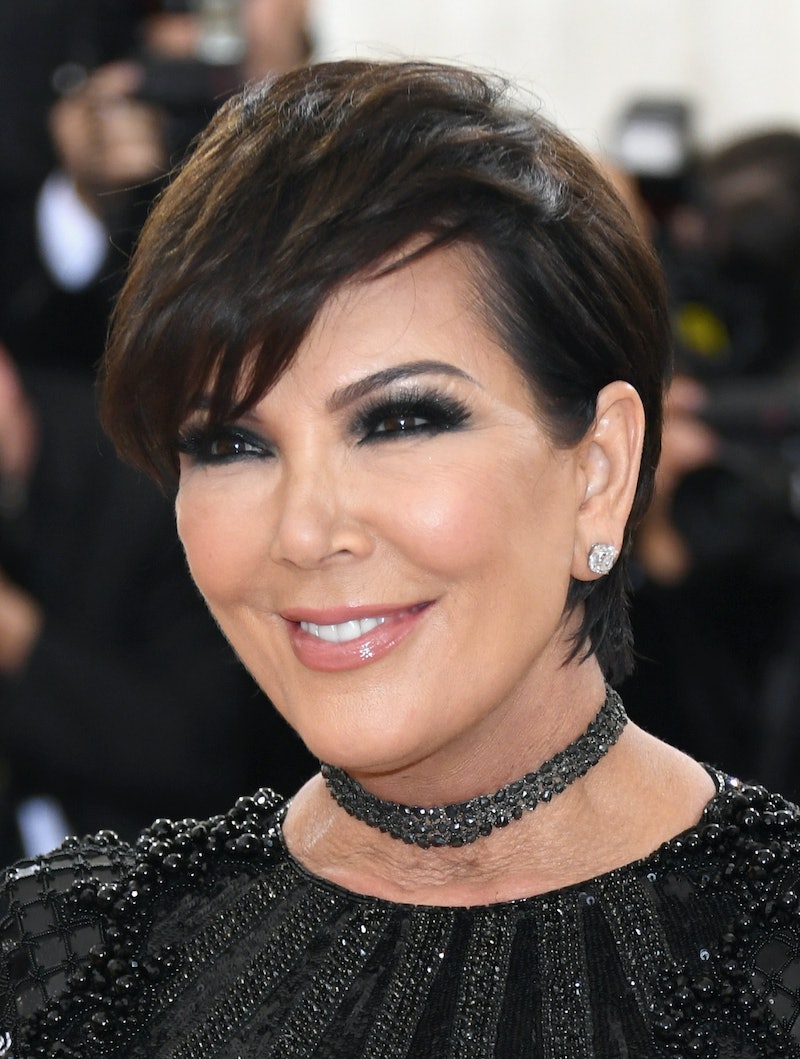 If there is one verifiably omnipotent being in this world, it is Kris Jenner. She is one of the most famous momagers in Hollywood, continuously curating her family's public image. Jenner is also famously outspoken and protective of all her children, the eternal matriarch if ever there was one. She's always been quick to defend her children, too. Most recently, this has manifested in her relationship with her son, Rob. In light of that fact, I know I can't be the only one who is wondering what Kris' reaction to Rob and Blac Chyna's pregnancy is, especially considering Jenner has a somewhat ambivalent relationship with her future daughter-in-law.

Rob has spent the last few years very noticeably out of the public eye. It was only on Keeping Up With The Kardashians that audiences got to peek behind the curtain and see that Jenner was doing everything in her power to try to help him. When his older sisters recently attempted to tell Jenner that she needed to "cut the cord," Jenner was quick to shut it down, citing Kim's first marriage as an example of what she has had to "put up with." In the frenzied hours since the pregnancy announcement was made, it appears that Jenner is continuing to abide by the old adage "Mum's the word." One perusal of Jenner's social media will show that there are no hints of her feelings on the issue.

Jenner's most recent Instagram (posted early May 6) is this adorable pic:

Adorable, yes, but also somewhat telling. While showing love for her rightfully adorable grandchildren, Penelope and North, as well as Khloe, the timing feels a bit strange. Is Jenner making a statement against Rob and Blac Chyna by not posting her thoughts? Or is she simply unaware of the big news? This is where it gets a bit complicated.

You see, for all the love and fierce protection Jenner has bestowed upon Rob, her treatment of Blac Chyna has been more muddled. One report is that Jenner simply has no opinion of her future daughter-in-law. During a phone interview, Jenner said that she hadn't "really seen her [Blac Chyna] that much and I don't know her as well as everyone else, but she seems like a really nice girl." Perhaps due to that neutrality, some rumors have gone so far as to claim that Jenner's feelings about Blac Chyna have taken a turn for the worst, with her believing she is simply trying to lock Rob down to access to his bank account.

Those rumors feel extreme, even by Kardashian standards. Jenner's support of Rob to this point has been clear, no matter who he's been dating. With a majority of the family staying radio silent in the hours after the news, there's no way of knowing what Jenner's true motives for public nonacknowledgement are.

But one thing is certain: Jenner's reaction to this pregnancy news will be major, and possibly signal a shift in her relationship with Blac Chyna. I sincerely hope that things go in a positive direction, because, no matter which angle you take, you have to admit that this baby is going to be totally adorable.