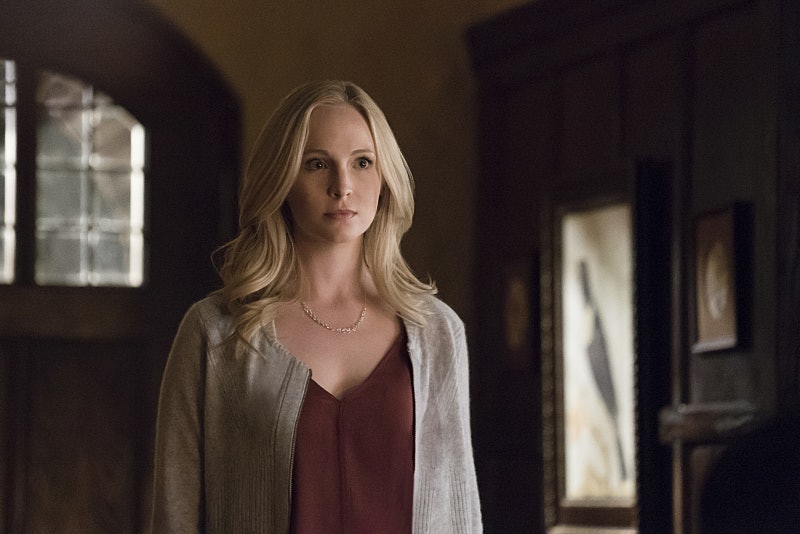 Admittedly, I've never been the biggest Steroline supporter, but when you compare it to the weird situation Alaric and Caroline currently have going on, I'd be more than happy to see Stefan and Caroline get back together on The Vampire Diaries . Sure, they may not have quite the same chemistry of Klaroline (*swoons*), but it's a heck of a lot better than thinking of our former Miss Mystic Falls entering into an odd marriage with her former history teacher. And thanks to Friday night's episode "Requiem for a Dream," viewers were given a small glimpse of hope that these two could still potentially work things out.

Don't misunderstand me, Caroline is still furious at Stefan for abandoning her three years ago. However, now that she too has been marked and is forced to be on the run (therein abandoning her own family for their protection), she can kinda see where he was coming from. But three years of anger and resentment is a lot to get over in the course of one car ride, so I wouldn't expect miracles to happen right away. Though, the fact that they're currently on the run together bodes well for a future reconciliation down the line.

You see, communication is everything to Caroline and now that they have an open dialogue going that can allow her to release all of that built up frustration, it might make it easier for her to forgive Stefan for everything that he's done. He's already admitted to her that he still loves her, and judging by how hurt she still is over losing him, the feeling is mutual, whether she's ready to say the words out loud or not.

The point is, I wouldn't completely give up hope for these two just yet. Life and death situations have a way of bringing people closer together. And now that Caroline has quite literally got a target on her back (or rather her chest), I'd say this high stakes situation could be just what the love doctor ordered.