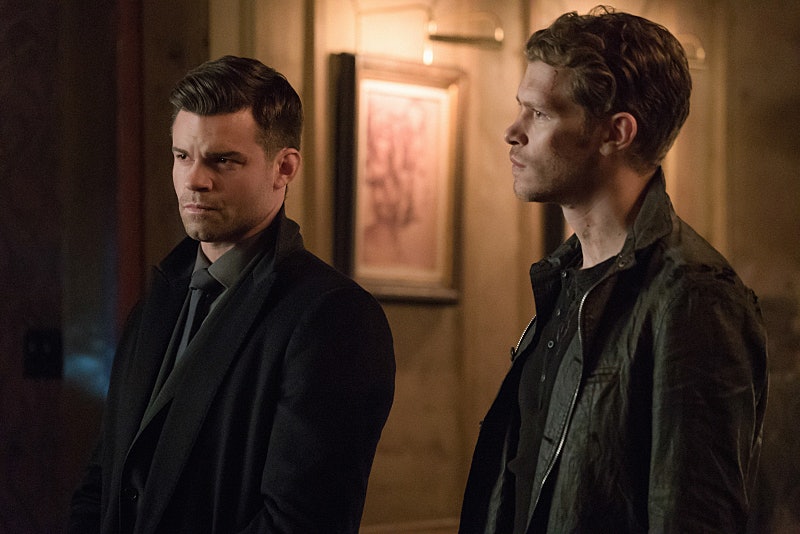 Freya and Elijah essentially helped kill Davina to save themselves on The Originals , proving that even reformed Mikaelsons don't mind shedding a little blood to protect themselves. Just after Cami died at the Lucien's hands (or teeth, if you want to get technical), The Originals said goodbye to Davina in "Where Nothing Stays Buried." After swearing to Vincent, Kol and Marcel that she would do everything in her power to bring the witch back from the dead, Freya sacrificed Davina to defeat Lucien on The Originals , and it's going to have some major consequences.

The Ancestors never do anything without a plan, and cursing Kol to force him to kill Davina is no exception. One of the old witches in the afterlife has a green stone, something Kol later identifies as the witches' ultimate punishment. It tears the soul apart — a fate worse than death, and one that cannot be magically recovered from. Lucky for Davina, Freya was able to protect her soul from the Ancestors, saving her from them until Vincent, Marcel and Kol could find a way to bring her back. Alas, things did not go as planned. Once Freya realized the only way to defeat Lucien was to channel the power of the ancestors through Davina, mission save the teen witch was over. And, despite Klaus' orders to the contrary, Freya and Elijah decided to sacrifice Davina to the Ancestors.

The plan succeeded: Freya was able to use the Ancestors' power to reverse Lucien's transformation and turn him back into a regular vampire long enough for Klaus to rip his heart out. But in doing so she put the final nail in Davina's coffin. Yes, she did it to protect her family, and, yes, she did it so that Klaus could avenge Cami's death. But, it still doesn't make it right.

The decision to sacrifice Davina certainly will not be an easy one to come to terms with for Freya and Elijah. Especially since they did it knowing that Vincent and Marcel would never forgive them. Now Marcel and Vincent have sworn off the Original family, and who knows what Kol will do. Letting Davina die might have been the only choice to make in order to keep the Mikaelson family alive, but the real question is: what for? What if Davina's death is be the very thing that propels Marcel and VIncent to kill them all?