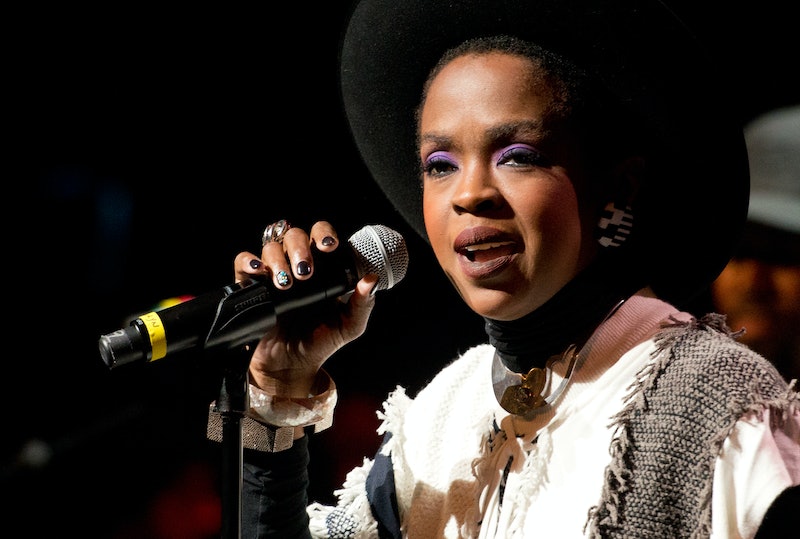 After R&B icon and former Fugee member Lauryn Hill was two hours late to her Atlanta show on Friday, and then was cut off after 40 minutes due to the venue's 11 p.m. curfew, fans were not pleased. Hill tried to brush off the boos and heckling when she finally arrived, and even attempted to ask the venue for more time on stage, but it was to no avail. She had to end at 11 p.m., making her show much shorter than concert-goers expected and the audience she was playing for less than enthused. So why was Lauryn Hill so late to her Atlanta show? As it turns out, the songstress has a valid reason, even though that certainly won't help the disappointment coming from her fans.

On stage, Hill told the audience, "My driver got lost — I can’t control that." While some supporters of Hill's have noted that she can do whatever she wants, fans who paid for tickets and waited for hours were not so understanding. To make matters worse, this isn't the first time Hill has showed up late to a show. In 2014, while touring in London the artist made an appearance 90 minutes after she was set to go up on stage.

It sounds like Hill got to at least sing a few songs, like “Mystery of Iniquity,” “Everything is Everything,” and “Ex-Factor," but it wasn't enough to satiate the audience, who were obviously expecting much more. Her late start and shortened performance were brought to light on Twitter, where past instances of punctuality were mentioned. People were quick to criticize Hill for seemingly not respecting her fans' time.

On the other hand, many had Hill's back, and found the comments totally out of line.

While it's understandable to be upset, some of the reactions do feel a bit harsh. If Hill had done this on purpose, that would be one thing, but if she was late due to circumstances she can't control, we should give her a break.