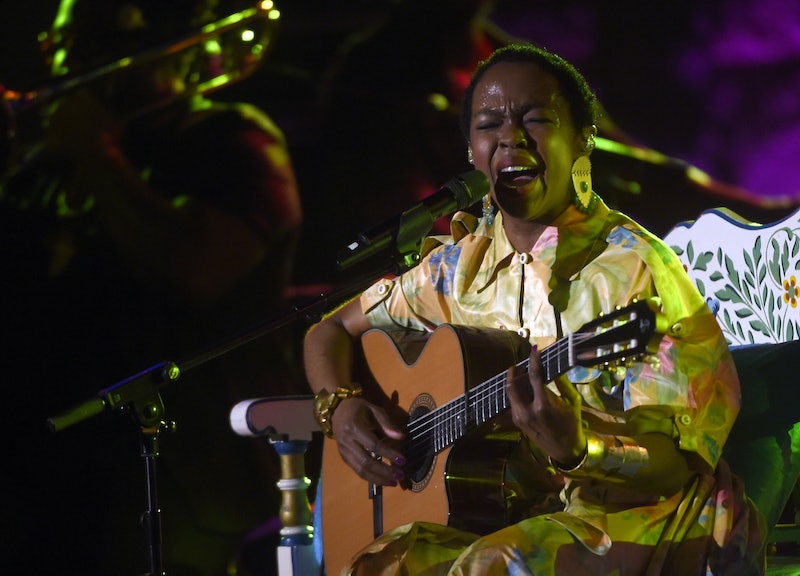 One of the albums that I consider the soundtrack to my adolescence was, without a doubt, The Miseducation of Lauryn Hill . I loved Hill's voice ever since seeing her in Sister Act 2 and was a fan of her as part of The Fugees, but it was when she went solo that my love for her really took roots and began to grow. I knew (and still know) every word to every song, and I felt empowered and moved by them in ways I can't really explain to anyone else — at least not without sounding incredibly corny, and I don't think anyone wants that. In any case, I was pretty devastated when Hill sort of dropped out of the music scene, because I was desperate for more albums. The closest thing we've had since The Miseducation Of Lauryn Hill is her covers of several Nina Simone songs on a new tribute album, and they're incredible, but I want more Hill originals. Turns out, a new Lauryn Hill album could be coming out sooner than we think.

In an interview with The Fader, producer and Ruffhouse Records founder Phil Nicolo explained that Hill as an artist needs time to explore the intricacies of her songs completely before she's ready to lay them down in album format. However, she's got quite a few songs just begging to be released, and they're ones that her fans would know and recognize as uniquely her.

“She has to be given the space and ability to try things,” he says. “Sometimes your immediate impression is: ‘You want to do what?’ But I enjoy working with her more than every other artist.” He says she’s already built up enough material to release a new album, and that musically, it will harken back to Miseducation. Whereas the few tracks she’s released in recent years feature a stream-of-consciousness that is harsh at times, Nicolo describes this work as “much more musical.”

Of course, one producer's hopeful comments does not an actual album make, so we shouldn't get ahead of ourselves and should probably control our excitement levels. Hill herself has made no statements about even intending to release a new album, but it's clear that she is still very dedicated to the craft of singing and songwriting and has stayed active in the field during her hiatus from the public eye. Plus, given her six new tracks on the Nina Simone tribute album, she's used to being back in a recording booth.

Whatever happens, at least we've still got The Miseducation of Lauryn Hill, which still holds up to this day, despite being released in 1998. Still, I hope we get another LP to add to her legacy of greatness.