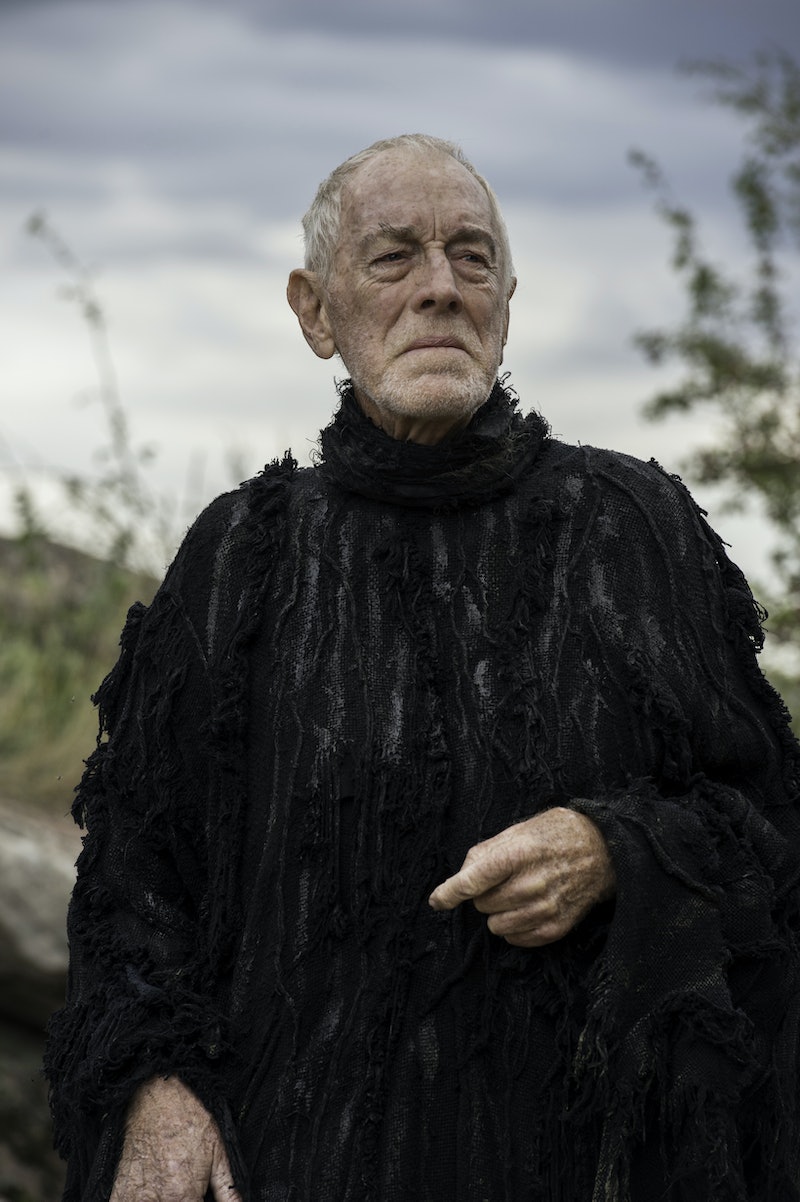 Ugh, is anyone else so frustrated with the Three-Eyed Raven dude right now? Just when fans were finally about to some serious answers pertaining to Ned Stark's past on Game of Thrones, this guy refused to let the whole memory transpire in front of Bran. As teased in the promos, we finally found a young Ned Stark facing off against Arthur Dayne at the Tower of Joy thanks to another one of Bran's visions. But, if Rhaegar Targaryen was already dead, which was confirmed during their brief interaction, then what were Dayne and his fellow guards doing at this specific place? What's in the tower on Game of Thrones that warranted so much protection? The answer was never outright confirmed, but I think it's safe to say what we're all thinking: Ned Stark's sister, Lyanna Stark.

I mean, think about it... right before the big battle commenced, Ned straight-out asked where his sister was. The silence that came afterward spoke volumes. It's clear that Rhaegar ordered them to stand guard over the Tower of Joy so as to watch over Lyanna, the woman he loved. But, just when we were about to get an actual confirmation of this once and for all, the Three-Eyed Raven yanked Bran out of the vision before anything could be revealed. (Not cool, dude. Not cool at all.)

But, that in itself is kind of a confirmation to the entire R+L=J theory. Why wouldn't the Three-Eyed Raven want to see what was in the tower? Perhaps it was a major family secret that he didn't want to come out into the open just yet. Because if Bran had seen Lyanna either pregnant or with a baby boy, he may have put two and two together that Jon Snow wasn't actually his father's son after all, but rather his aunt's. Let's just hope that the series won't take too long in returning to that very telling vision. We (and Bran) have waited long enough for answers.